Advertisement
The Newspaper for the Future of Miami
Connect with us:
Front Page » Top Stories » Signature bridge for Interstate 395 draws closer 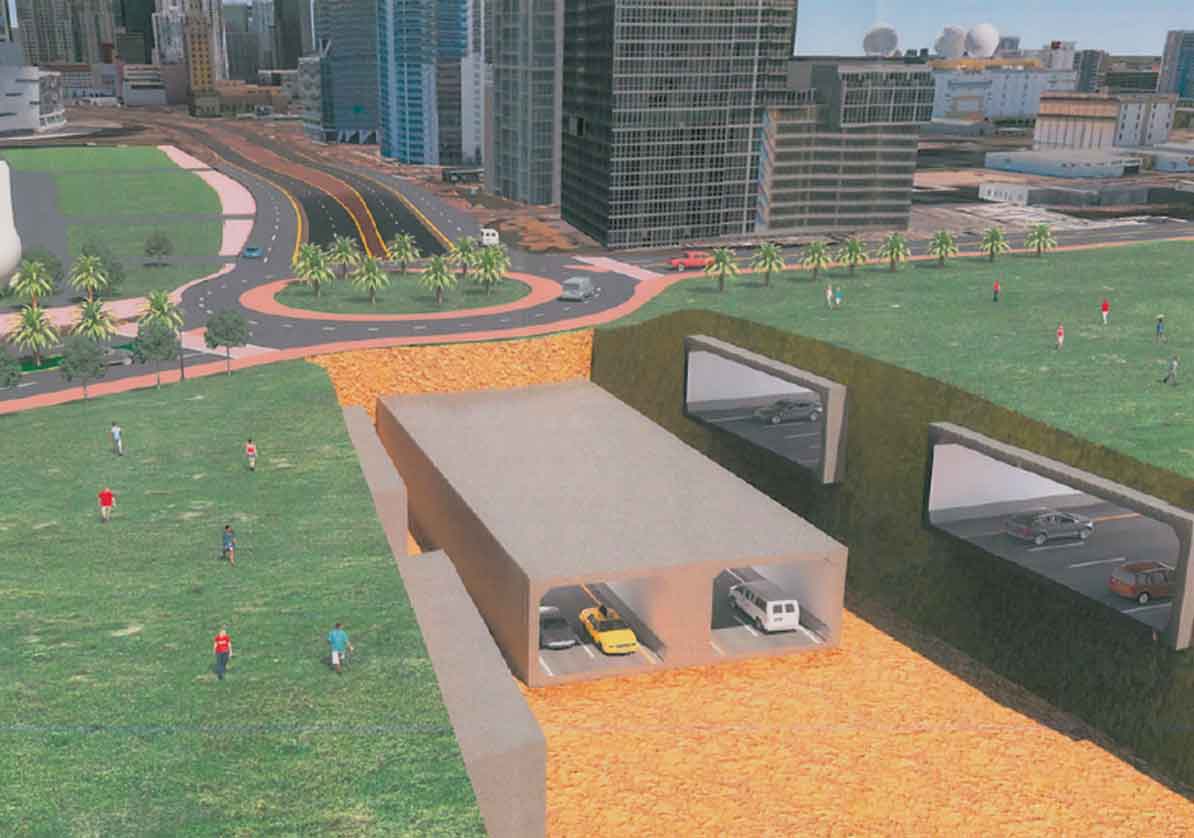 The Florida Department of Transportation is closer than ever to starting massive improvements for Interstate 395 that include a “signature bridge” for downtown Miami.

And while many welcome the project, Miami Commissioner Francis Suarez continues to question its cost, timing and need.

At a commission meeting last week, Mr. Suarez continued to question the project and again suggested the funds set aside for it might better be spent on mass transit.

In December he suggested the money be redirected to help fund Baylink, a light rail system to connect Miami and Miami Beach via the MacArthur Causeway.

The $600 million project is to rebuild 1.4 miles of I-395 from the I-95/Midtown interchange to the west channel bridge of the causeway.

•Building new elevated ramps, one eastbound and one westbound, to directly link I-95 and I-395.

•Improving roadway design including updating the alignment and upgrading the roadway surface.

•Building vertically higher structures that will improve the visual quality of the bridge.

The entire project is expected to take five years.

“We all have different obligations,” said Mr. Suarez. The state says the highway is in need of improvements in part to increase the capacity for cars, he said.

“It may need to be rebuilt, but is this the right time?” Mr. Suarez asked. “There’s no doubt it will increase [vehicle] capacity – no doubt. But is that what we should do?”

What about increasing “people capacity?” he added, referring to the ongoing struggle to build Baylink.

Mr. Suarez mentioned proposals over the years to dig a tunnel for the road traffic and open the area for park space. A state evaluation estimated a tunnel’s cost at $1.3 billion, he said.

While he acknowledged that is a lot of money, he asked people to consider what the city would recapture: 30 more acres of open space hugged by Overtown, Museum Park and the bay.

Some may argue that added park space has infinite value, said Mr. Suarez.

“We only have one chance to do transcendent projects,” he said.

Mr. Suarez said his suggestion of spending the money on Baylink had rallied supporters in the community and there was some support for the tunnel approach.

He said he would consider drafting a resolution for a February vote calling on Mr. Pego to ask the head of the transportation department to consider a “cut and cover” proposal to bury a portion of Biscayne Boulevard in that area.

And Mr. Suarez again suggested the money would be better spent on mass transit.

Mr. Pego said the I-395 project has been evaluated and planned for nearly 25 years and suggested if it isn’t built the $600 million would fund other projects throughout the state.

Commissioners asked what activities were envisioned under a new elevated roadway, as they reviewed renderings showing people walking, biking, playing catch and more.

Mr. Pego said the state plans to partner with the city to decide what activities could be encouraged in the new open public spaces.

“We want to have a place where people can meet and greet,” Mr. Pego said.

“This project change does give us some use under the freeway,” said commission Chairman Keon Hardemon, whose district includes Overtown, which the project would also affect.

“Overtown is changing. I want to bring nightlife to Overtown and people would need a place to park,” Mr. Hardemon said.

The chairman added that he is working to make Overtown a community people “walk to, not through.”

Commissioner Frank Carollo expressed concern about the city holding up the project, especially “so close to procurement.”

Mr. Carollo said, “I hope we don’t miss an opportunity.”

Mr. Suarez, vice chairman of the Miami-Dade Metropolitan Planning Organization, planned to meet Wednesday with county Commissioner Audrey Edmonson, who also serves on the MPO board to discuss the I-395 bridge project.

Along with a PowerPoint presentation on the I-395 project, city commissioners were provided with a 34-page document from the transportation department, a 2014 evaluation of the tunnel concept.

The report itemizes all of the challenges and obstacles to putting the roadway underground.

•Due to flooding potential, both Biscayne Boulevard and I-395 tunnels would probably be closed during some hurricanes. Both are vital evacuation routes for downtown Miami and the barrier islands of Miami Beach, and their closure would divert traffic to less effective routes.

•A project development and environment study of both a tunnel and an open-cut tunnel found them non-viable. The proposed tunnels would require a supplemental environmental impact statement that would probably delay the project another five years.

•Going underground is potentially very controversial since it would impact several communities in a dense urban area with multiple origin and destination points. The drastic impacts of delays, noise and aesthetics to residents, businesses and tourists in the center of downtown for an extended period could be disastrous.

•Both tunnels would require aboveground retaining walls in the floodplain to prevent roadway flooding since they are in a flood hazard zone. The walls would partially defeat the prime objective of tunnels, which is to be hidden underground.

•The tunnels would require extensive excavation in high-risk contamination areas east of Biscayne Boulevard that was once home to the Belcher oil terminal and tank farm and the Perfect service station. Detailed survey and analysis might take three years and contamination treatment could cost up to $27.3 million.