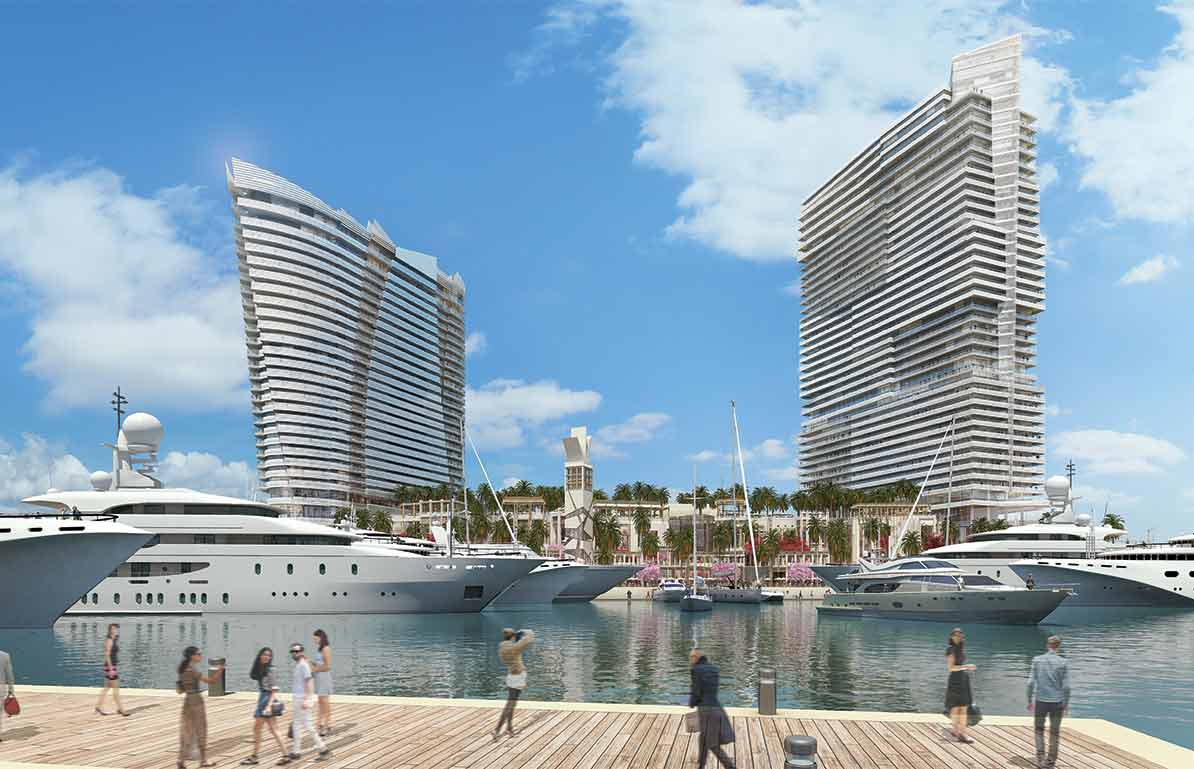 In three weeks, Biscayne Bay will provide the setting for a parade of mega- and super-yachts as Deep Harbour marina on Watson Island comes alive for the first time.

More than a dozen years in the making, the new venue that boasts of being the only marina in North America designed exclusively for super-yachts will take part in Yachts Miami Beach, formerly known as the Yacht & Brokerage Show in Miami Beach.

The show runs Feb. 11-15, with the main stage being the water along Collins Avenue across from the Fontainebleau, a location it has called home for 28 years.

The show’s new stage is the new marina on Watson Island that represents phase one of what is to be a billion-dollar mixed-use development known as Island Gardens.

City and county officials, along with members of South Florida’s yachting community, joined Flagstone Chairman and CEO Mehmet Bayraktar in a rope cutting and luncheon overlooking the new marina.

Deep Harbour offers 5,000 linear feet of capacity, accommodating an average of 50 yachts stretching up to 550 feet and drafts of 18-21 feet deep. The marina is now accepting leases for transient docking.

Yachts Miami Beach is managed, produced and co-owned by Show Management and co-owned and sponsored by the Florida Yacht Brokers Association.

Deep Harbour Marina will feature a limited selection of super-yachts during the five-day show.

Transportation will be available from Yachts Miami Beach on Collins Avenue to Island Gardens Deep Harbour, according to Show Management.

Unique to Deep Harbour is the angled design of the docks in the harbor, which will ensure unobstructed views from Island Gardens toward downtown Miami and cruise ships berthed at the PortMiami terminal across Biscayne Bay.

Upon completion of the full development, which owners say will be in season 2017-2018, the marina is to be complemented by two luxury hotels, hotel-serviced and branded living, retail and restaurants overlooking a waterfront promenade, and a water taxi transportation system servicing Miami and the beaches.

Over 60% of the project’s land area will be publicly accessible, Flagstone promises.

Plans include “impeccably landscaped gardens, a cultured environment alive with public art installations and civic art, as well as a beautiful public promenade” overlooking the super-yacht marina and the Miami skyline.