Advertisement
The Newspaper for the Future of Miami
Connect with us:
Front Page » Transportation » Jumbo Miami-Dade Transit buses cut complaints 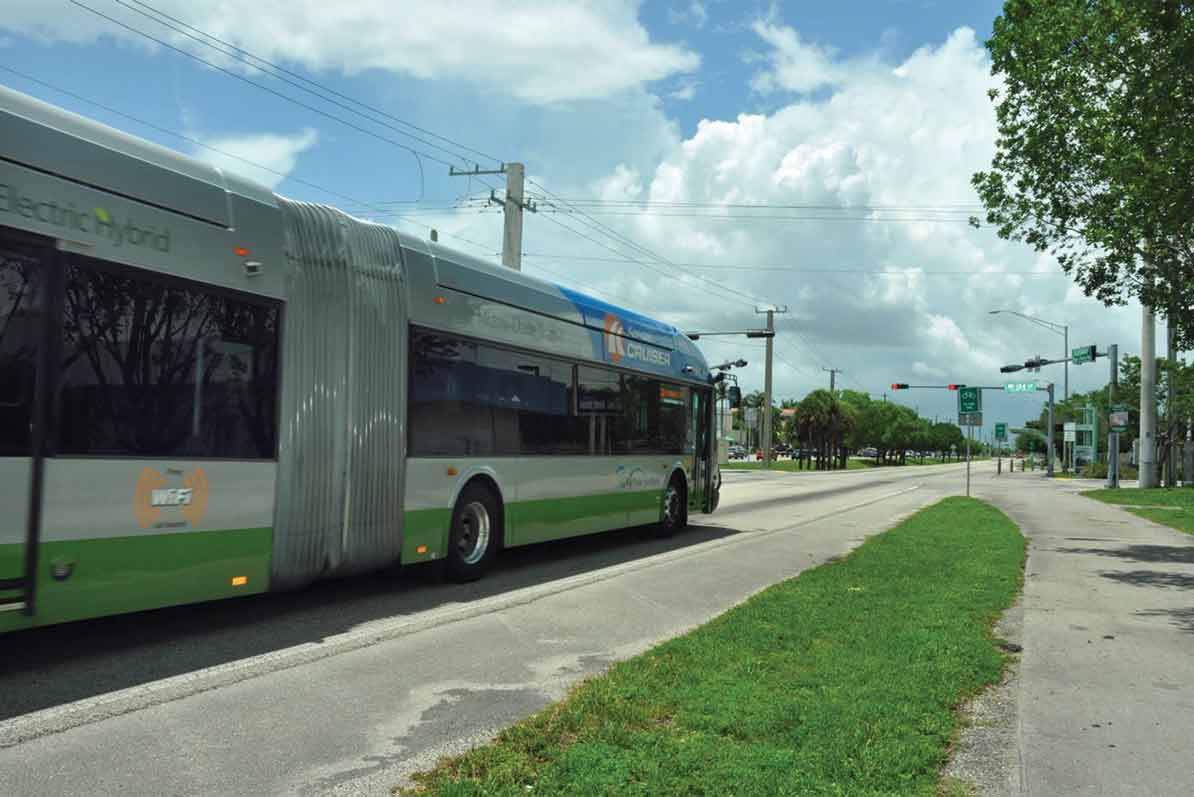 Since starting to use 20 new 60-foot articulated buses, the Miami-Dade Transit Department has gotten significantly fewer complaints about overcrowding and seen increased weekend use, according to a quarterly status report that county commissioners received this week.

In September, the department began receiving 43 new 60-foot articulated buses and started the inspections the Federal Transit Administration (FTA) requires. As of Oct. 13, the department had started using 24 buses on Routes 34 (Busway Flyer) and 38 (Busway MAX) along the South Miami-Dade Busway. The remaining 19 buses will serve, as they become available, the Biscayne and 27th Avenue corridors.

The Jan. 20 report also details use of the county’s existing articulated bus fleet from April through June, before the new buses arrived. It states that the 25 articulated buses serviced their main routes (Kendall enhanced bus service and I-95 managed lanes) Monday through Friday and on weekends were shifted to overcrowded routes 119 (Collins Avenue), 11 (Flagler Street) and 38 (South Dade Busway).

Riders on the articulated buses for the weekend, about 300 on Sundays and 350 Saturdays, triple the approximately 100 average rides per bus each weekday on their normal routes.

Additionally, the report states, the transit department got federal authorization to remove the existing buses from the Kendall and I-95 routes and re-direct them to the overcrowded routes that serve the Miami Beach corridor.

The next report will reflect an increased articulated bus total as the department puts the other 19 into use.