Advertisement
The Newspaper for the Future of Miami
Connect with us:
Front Page » Real Estate » Development in downtown Miami at fast clip 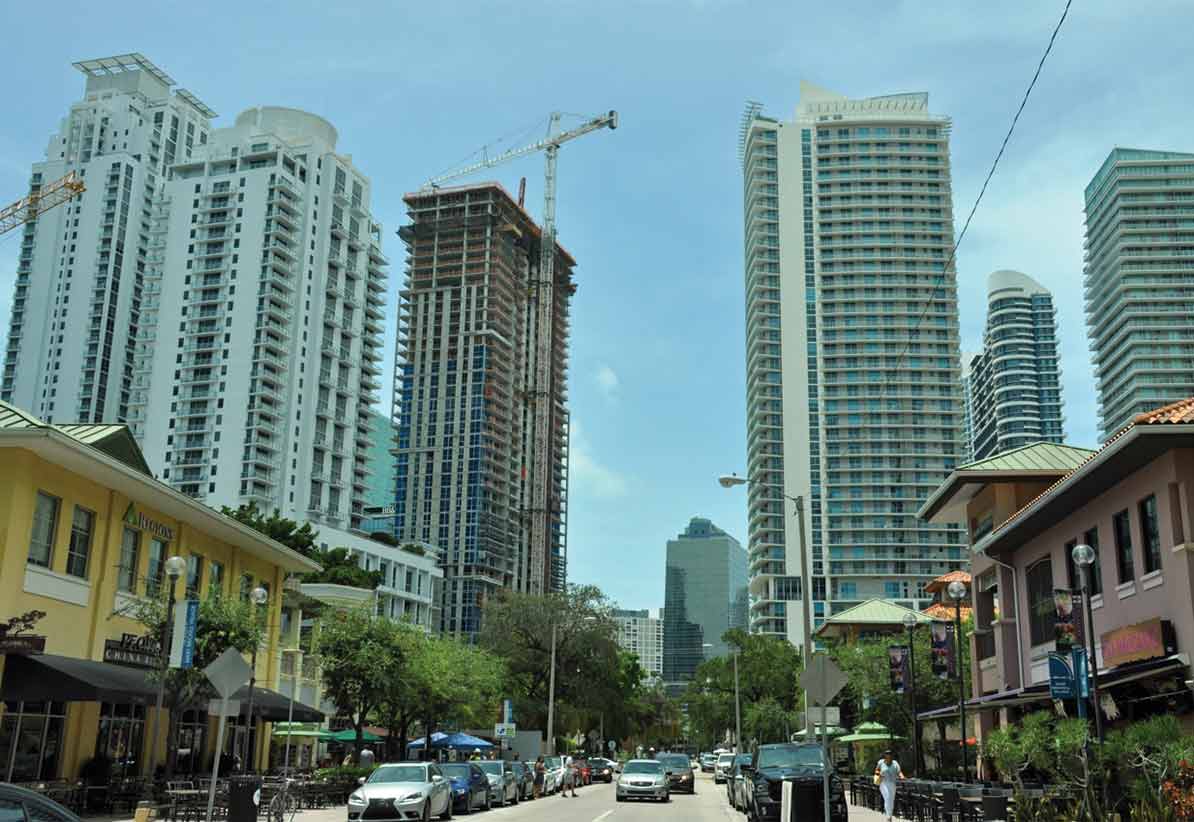 Despite rumors that the real estate boom may be slowing down, development in downtown Miami continued at a fast clip last year.

Several residential buildings were to be delivered in 2015. Millecento, with 382 condo units at 1100 S Miami Ave.; SoMa Brickell, with 418 rental units at 145 SW 13th St.; and Nine@ Mary Brickell Village, with 369 condo units at 999 SW First Ave., are all built out and occupied. Montage at Met 3, which is to offer 440 rental units at 200 SE Second St., was topped off last year and representatives are pre-leasing apartments there. A Whole Foods market on the ground floor does a brisk business.

The Bond, which will add 328 condo units at 1080 Brickell Ave., is still under construction.

It’s Atton’s first hotel in the US, said Francisco Levine, CEO of the firm, which has a strong presence in South America. “We decided to come to Miami to put our property here because of the city’s unique position. Not only is it the capital of Latin America, but it also very attractive to North Americans. All of this energy is coming to Miami.”

The firm chose Brickell for its full-service, luxury hotel because the area “has been able to capture a moment; it’s become more residential at a time when people want everything close by,” Mr. Levine said.

Though the hotel will offer a full-size restaurant, rooftop pool and well-equipped gym, amenity-rich Brickell will complement its offerings, he said. “We’re very excited to be here during this boom, with all these projects coming to life.”

No new office space opened last year. Two class A buildings in Brickell City Centre, each about 130,000 square feet, are to come online this year. The Akerman law firm has leased 106,000 square feet, or about 80%, in one, and is to move there from SunTrust International Place next month. The other City Centre building, which is to open this quarter – as well as the remaining space in the first building – is being marketed at $50 per square foot, full service, said a representative of developer Swire Properties last summer.

These are the only two office buildings in the area to open since 1450 Brickell opened in 2012, said Tere Blanca, president and CEO of Blanca Commercial Real Estate Inc. The firm represented Akerman in the City Centre deal and is leasing the office component of the All Aboard Florida project, as well as several other landmark buildings in Brickell and downtown.

“The trend is rent appreciation, and occupancy remains high,” she said. “Miami has experienced a positive immigration of young professionals and has a great quality of life.” Its vibrancy is particularly attractive to the technology industry, she said. “It’s a business-friendly environment and has so much to offer entrepreneurs.”

This promises to be another banner year for residential properties. Some projects that are expected to open in 2016:

3 Responses to Development in downtown Miami at fast clip