Advertisement
The Newspaper for the Future of Miami
Connect with us:
Front Page » Profile » Kirk Wagar: Miamian runs team of 300 as ambassador to Singapore

Kirk Wagar: Miamian runs team of 300 as ambassador to Singapore 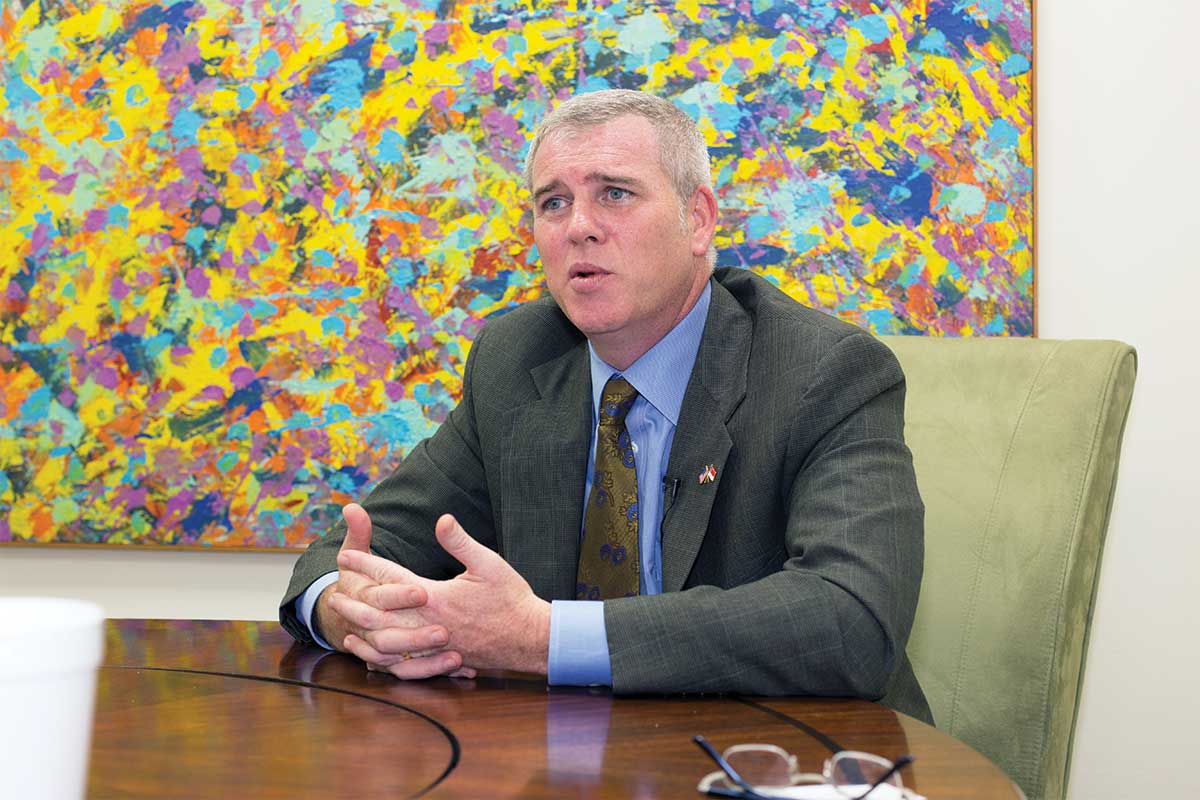 Creativity, innovation, diversity, and fun – those are what Kirk Wagar lists as emblematic of America’s reputation and appeal in Singapore.

As US Ambassador to Singapore for 2½ years, he’s responsible for over 300 employees who cross 20 agencies, all working under a common goal.

It’s been beyond humbling for Mr. Wagar to be President Obama’s personal representative to Singapore. There are days, he says, when he feels a bit like Forrest Gump and wonders if someone will tap him on the shoulder and say it’s all been a terrible mistake.

Mr. Wagar has long been involved with politics, starting in his early 20s when he was a law student at the University of Miami. He became more and more active over the years while maintaining his law practice. Among other positions for candidates of both parties, Mr. Wagar served as the Florida Finance Chair for Obama for America in 2008 and 2012.

When he travels from Singapore here, Mr. Wagar has to take three flights. He sees more opportunity for new areas of trade between Greater Miami and Singapore, particularly if Singapore Airlines picks Miami as one of the three US cities it will fly to directly.

As for the future, Mr. Wagar’s position in Singapore ends Inauguration Day when President Obama gets on the helicopter. He’s not sure exactly what his work days will involve but is positive he’ll be back in Miami, where his son lives.

Miami Today reporter Susan Danseyar interviewed Ambassador Wagar in Coconut Grove while he was back in the US briefly for Christmas, visiting family.