Advertisement
The Newspaper for the Future of Miami
Connect with us:
Front Page » Communities » Wynwood to fund workforce housing 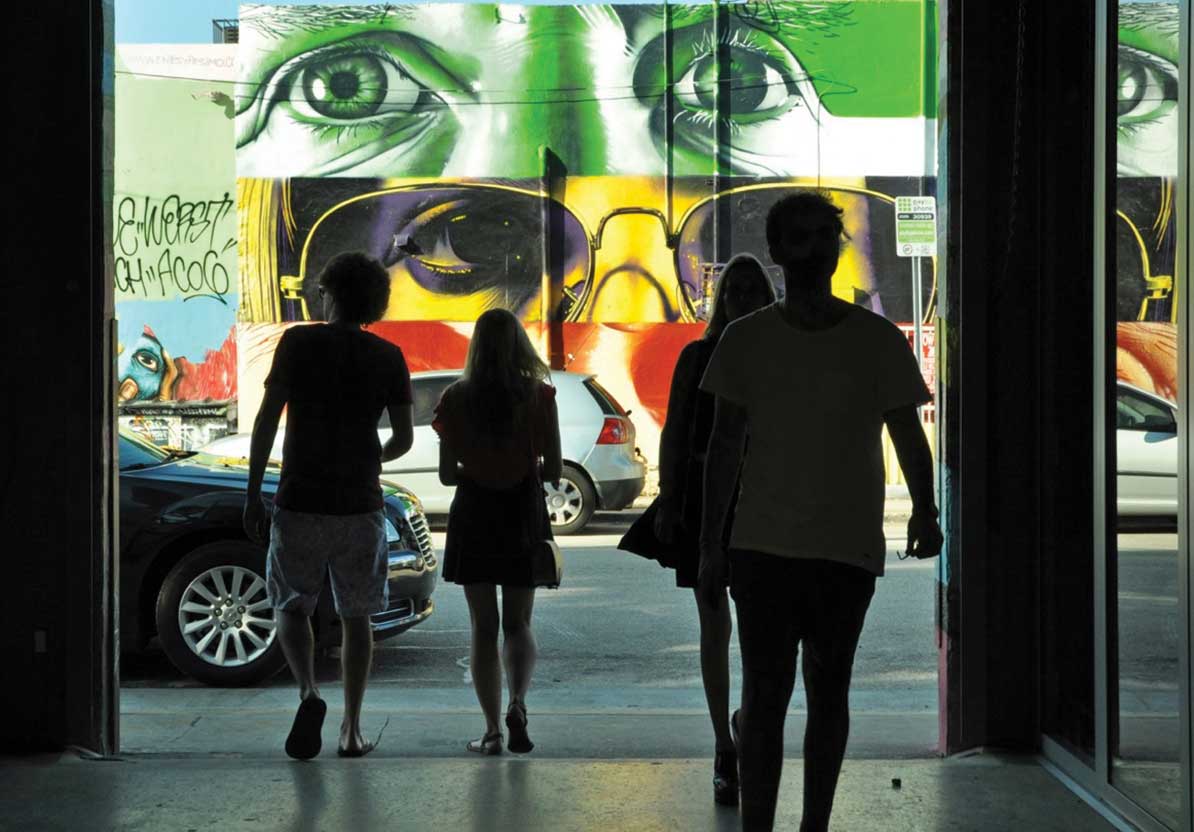 Of all the legislative changes made this year designed to encourage the continued evolution of the Wynwood Arts District, one item remained in limbo for months.

What is the most significant outcome of the delay? The final version will require annual allocation of at least 35% of the money in the trust toward affordable and workforce housing.

Much of Wynwood is in District Five, represented by Commissioner Keon Hardemon, and he fought for the changes – particularly setting aside a larger share of the new fund for affordable housing in a city that has little.

In July, commissioners approved the start of a process to expand the boundaries of the Wynwood Business Improvement District, or BID, and gave preliminary approval to a handful of ordinances to provide new tools to the booming area east of I-95, including land use and zoning changes.

And the commission approved on first reading the Wynwood Neighborhood Revitalization District Plan.

The first of its kind in the city, the plan’s new zoning regulations for Wynwood are designed to encourage new, mixed-use residential and office developments, create dedicated funding for neighborhood improvements, promote pedestrian-focused activated streets and preserve the area’s unique artistic and industrial character.

Commissioned by the Wynwood BID, the plan was developed by planning firm PlusUrbia in conjunction with the improvement district and the City of Miami’s Planning Department. Supporters have referred to the plan as Wynwood 2.0.

Final approvals came from commissioners in September, with a few modifications. However, the proposal to create a public benefits trust fund and a body to oversee the funds was deferred at the urging of Mr. Hardemon.

City planners were directed to rewrite the enabling legislation.

At the December meeting, Mr. Hardemon said he still wasn’t satisfied with the wording. The item was again deferred to later in the day for final modifications.

Commission chairman Wifredo “Willy” Gort spoke in favor of offering incentives to developers that will lead to more affordable housing.

“It can be done. We need to start mixing housing,” said Mr. Gort.

“As Wynwood is growing, it should have a mix,” Commissioner Francis Suarez said.

Along with increasing the percentage of money earmarked for affordable housing, the final version of the ordinance built in more city commission oversight and control of the fund.

The legislative changes in large part are designed to encourage further transformation of Wynwood from a non-descript manufacturing and warehouse area into a colorful and thriving neighborhood of galleries, shops, restaurants and pubs while nurturing a street art scene that has gained international attention.

The moniker is referred to in the final ordinance creating the public benefits trust fund.

The legislation notes that “unique conditions exist within the boundaries of the NRD-1 including a lack of parks, open space and civic space and a lack of public land that is available to be developed or dedicated by the city for such purposes … and the city seeks to encourage reinvestment in infrastructure and seeks other creative solutions to create parks, open space, civic space, and civil support uses to allow for and facilitate new residential uses within the NRD-1 boundaries.”

It’s intended that the public benefits trust fund be established “in order to collect the cash contributions made according to the Miami 21 Code … to supplement affordable/workforce housing, public parks and open space, and green building certification shortfalls,” the legislation says.

The Wynwood Business Improvement District, through a five-member committee, will allocate money in the fund within the NRD-1 boundaries.

The business improvement district formed in 2013 as a city municipal board. Its directors are drawn from the hundreds of property owners throughout the 50-block community. The improvement district works to enhance security and sanitation services, raise awareness of advancements and plan for the future of Wynwood.

A planning staff report on the revitalization district says: “Wynwood is transitioning into a globally-recognized destination for art, fashion, innovation, and creative enterprise. It is vital that the Wynwood Arts District accommodate new uses and development while creating new public and private open space opportunities for its existing and future residents.”

The revitalization district is to establish protective regulations to guide the transition from an industrial district into a diverse, mixed-use area to include industrial, retail and residential components, the report says.

“The neighborhood revitalization district regulations will also preserve the unique street art and industrial characteristics of the current Wynwood Arts District while promoting an environment where people work, live, and play,” it says.

Although many of the components of Wynwood 2.0 were approved, the boundaries ultimately did not expand.