Advertisement
The Newspaper for the Future of Miami
Connect with us:
Front Page » Government » Should bridge funds go to Baylink?

Should bridge funds go to Baylink? 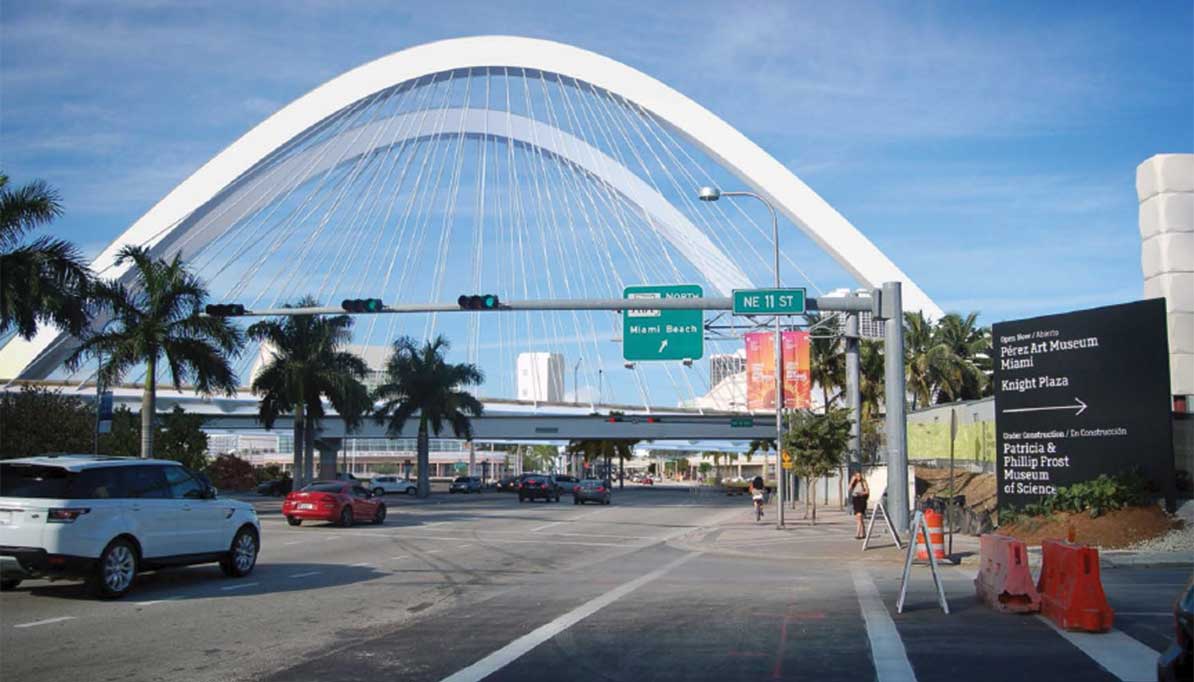 Francis Suarez, Miami commissioner and vice chair of the Metropolitan Planning Organization’s Transit Solutions Committee, may have taken aim at a sacred cow last week when he suggested a long-anticipated project be sidetracked and the funding diverted.

“The city has been pushing for a signature bridge on I-395, which will cost $800 million,” he told fellow committee members. The Florida Department of Transportation has committed to funding it, but Mr. Suarez questioned its importance.

Having driven across the bridge recently, “There’s nothing particularly wrong with it,” he said. “It’s not a bottleneck and it doesn’t need to be done right away.”

That $800 million would pay for Miami and Miami Beach’s portion, and half of Miami-Dade County’s portion, of the Baylink system to connect the two cities across Biscayne Bay, he said.

“I look at this as an anti-parochial idea,” Mr. Suarez said, noting that the signature bridge would be entirely in the City of Miami. “This is looking more on a regional level.”

The project was fully funded in 1996, said Javier Rodriguez, executive director of the Miami-Dade Expressway Authority. “It is just to replace what’s there, nothing fancy. The bridge has multiple practical and structural deficiencies, he said. “There is no continuous through lane; you have to keep merging and weaving, and that’s an accident waiting to happen.”

The authority is not contributing to the bridge re-do, which he estimates will cost about $600 million, but is making improvements to State Road 836 from Northwest 17th Avenue to I-95, which will cost about $160 million.

Traffic planners briefly considered taking the road underground, which would free up more space in the current Museum Park, but that idea was rejected, Mr. Rodriguez said.

“The reality of it is that every time a project is de-funded, our monies are taken to another part of state,” said Maurice Ferre, committee member and former Miami mayor. Projects are frequently shelved for political reasons, he said, after having gone through years of vetting by various agencies, including the Metropolitan Planning Organization. “In each case, what happened to the money? It wasn’t left here.”

“I’m a bird-in-the-hand kind of guy,” said Dennis Moss, committee chair and Miami-Dade County commissioner. Despite the commitment from the state transportation agency, “We have to find the funding for all of our projects. Everybody is trying to cooperate, and that’s a good thing.”

“This is a call for ideas,” Mr. Suarez said. “This is not about killing a project. But if it was funded in ’96 and is still not done, there’s a problem. The people of Overtown would much prefer a park that is double in size than what we have to a signature bridge they get nothing out of.”

9 Responses to Should bridge funds go to Baylink?