Advertisement
The Newspaper for the Future of Miami
Connect with us:
Front Page » Business & Finance » Miami’s Fed team spots an uptick 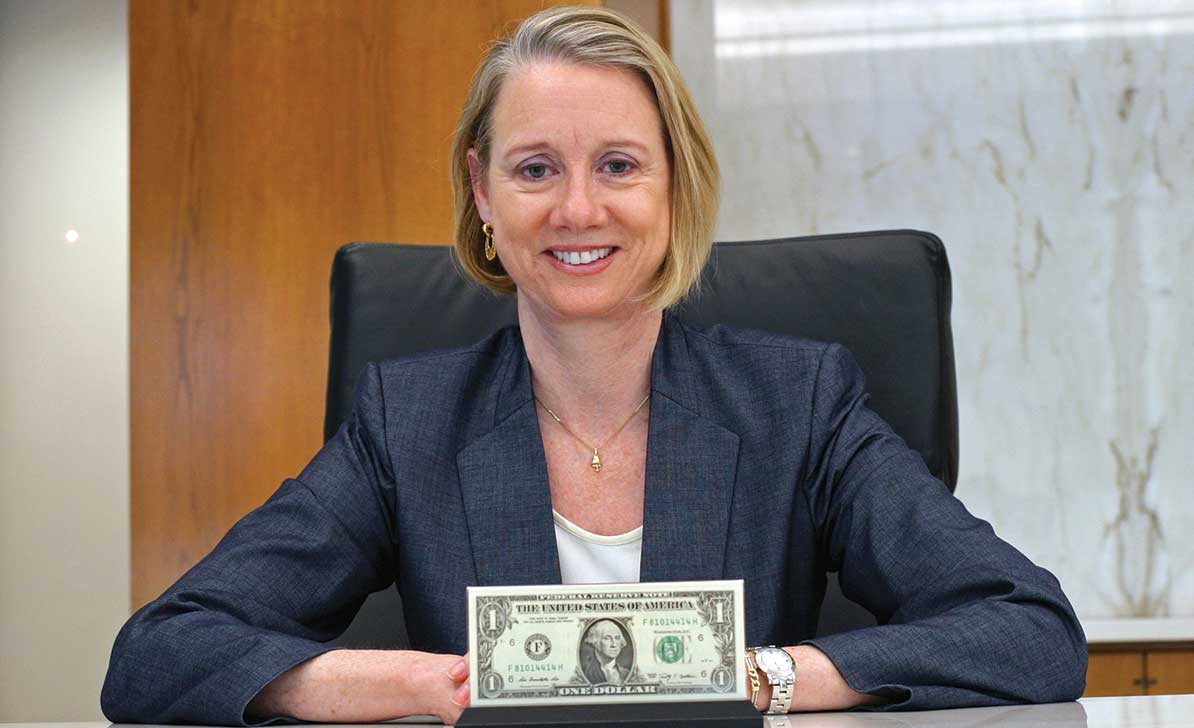 Miami Dade College Provost of Operations Rolando Montoya was recently appointed board chairman of the Federal Reserve Bank of Atlanta’s Miami branch, but his role there remains fairly unchanged.

A member of the local reserve bank board since January 2014, Dr. Montoya has been reporting his observations on the local education sector to the Fed since then. Alongside representatives from other major industries, including agriculture, banking, employment, healthcare and technology, Dr. Montoya tells the Federal Reserve and its economists what he sees happening in the South Florida economy.

If Federal Reserve officers are reporting an increase in hourly wages, the members who make up the local board of directors are asked to observe whether salaries are increasing in South Florida region.

“We are a source of information about the economic reality of our region,” he said.

The Federal Reserve has 12 banks, each representing a different region, and 24 branches spread throughout the US. The information is collected in similar ways nationwide, Dr. Montoya said.

It’s the how the Fed connects to the real world.

Dr. Montoya has had a say in the nation’s economy since 2010, when he served on an advisory committee in Atlanta. He then became a member of the Miami branch in 2014.

“Each of the branches of the Federal Reserve has a board of directors, and in the Atlanta district we choose our board members based on their connection to the community and their business segment,” said Karen Gilmore, vice president and regional executive at the Miami branch of the Federal Reserve Bank of Atlanta. The Atlanta bank represents the Sixth Federal Reserve District, which is comprised of Alabama, Florida, Georgia, parts of Louisiana, Mississippi, Tennessee, Puerto Rico and the US Virgin Islands.

Dr. Montoya’s appointment comes at a pivotal time in the nation’s economy. The Fed was meeting Dec. 15 and 16 and was expected raise its benchmark interest rate for the first time in nearly a decade.

“Although not all regions of the US are progressing exactly in the same way, the overall economic outlook today is a lot better than what it was in the recent past,” Dr. Montoya said in advance in regard to the possibility of a rate hike arriving this week.

The good news from Dr. Montoya is that unemployment rates continue to decline, economic activity is being spurred, inflation is under control and the local tourism industry is booming. Ms. Gilmore added to the list the local residential real estate market, which she said is growing steadily.

But areas of concern remain. A talent gap lingers in South Florida, especially in industry sectors that include information technology.

“We observe a scarcity of candidates for certain specialized jobs,” Dr. Montoya said. Ms. Gilmore pointed to a possible slowdown in the Miami condominium market, as well as the economic situations in South American countries that historically cushion Miami’s foreign trade and tourism sectors.

Another possible hiccup: the local retail sector. Dr. Montoya said retailers are reporting softer holiday sales than originally forecast, and it’s up to him and his board members to figure out why that might be. He ran through a list of questions that will be brought to the table this holiday season.

Could this be a cultural change? Could it be just a temporary situation? As we approach Christmas, will people buy everything? Could it be the strong dollar?

“It used to be measured on the Friday after Thanksgiving,” Ms. Gilmore said. “Now it’s a much more prolonged period. It’s also more complicated. It’s no longer just a brick-and-mortar shopping experience.”