Advertisement
The Newspaper for the Future of Miami
Connect with us:
Front Page » Real Estate » Residential construction in slowdown 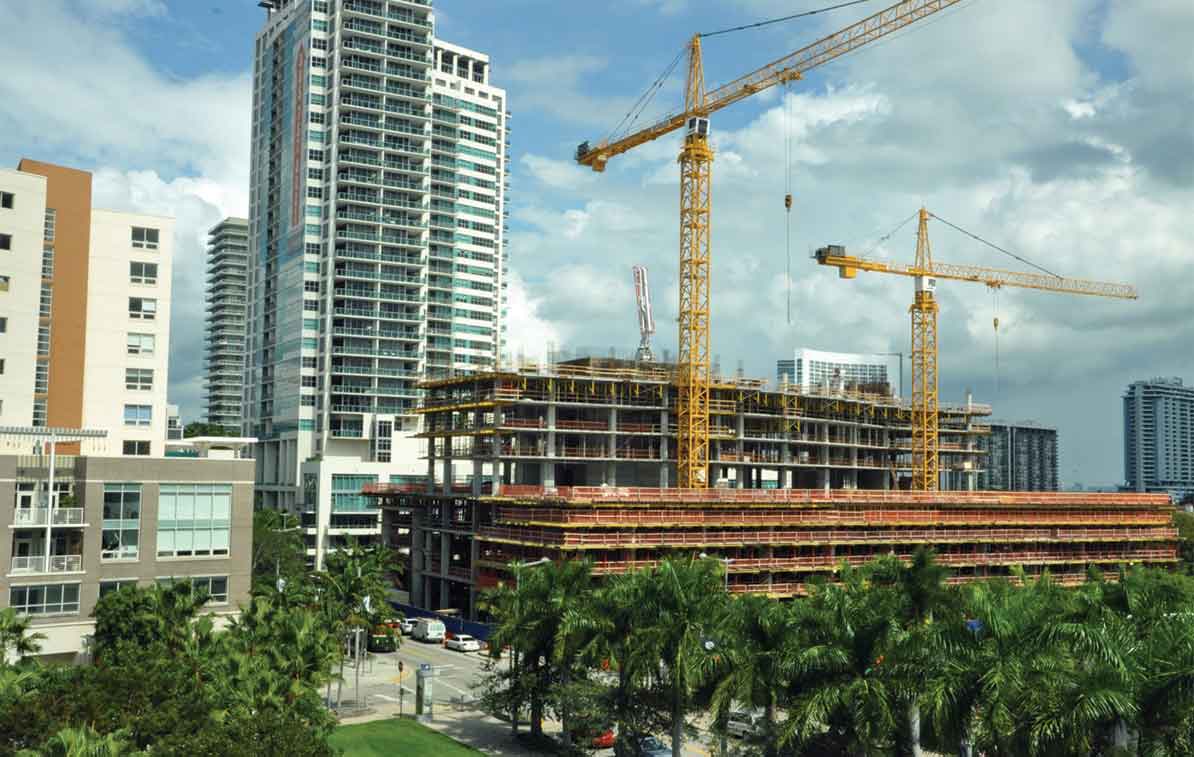 The last three months of the year are pointing to weaker construction activity, specifically within the residential realm, as fewer major projects are predicted to break ground within the next month compared to last year, when a number of mega-projects began development in November and December.

Residential construction starts were 53% lower this past October than October 2014, according to Dodge.

“While October construction was relatively weak, the value of construction [in Miami] is still up over 2% year-to-date through October relative to 2014,” said Anne Thompson, economist at Dodge.

The overall slowdown in both residential and nonresidential can be explained by looking at the number of major projects started in October 2014 compared to those that broke ground this past October.

Four Miami projects that broke ground in October 2014 were valued above $50 million, three of which were valued between $144 million and $200 million, Ms. Thompson said. The four projects were Brickell Heights, Echo Brickell and the Miami Cancer Institute at Baptist Health South Florida, which was composed of two pieces.

This past October the three largest projects started were valued between $46 million and $50 million.

Last year, three of the six largest projects that started broke ground in the last two months of the year: One Brickell City Centre, One Thousand Museum and Melody.

When asked whether this year will also close out strong, Ms. Thompson said there weren’t a whole lot of major projects that looked like they were going to break ground soon.

“Therefore, the coming two months will likely lag behind last year,” she said.

While New York tops the list in multifamily construction, comprising more than 26% of the nation’s multifamily contract value in the first ten months of 2015, Miami was second at 5.2%, she said, adding that construction activity in New York has also slowed a bit.

The construction value of contracts is still up 7.6% in Miami compared to 2014.

“Miami is a place that is growing up very fast,” said Carlos Melo, principal of the Melo Group, which is currently building Aria on the Bay, a condo tower in the downtown Arts & Entertainment district. “If you see a little [slowdown], it’s not forever. It’s a moment.”

The city is attracting developers from all over the world, many of whom have never developed in Miami, Mr. Melo said. The projects backed by less-experienced developers, or those who aren’t 100% familiar with the local market, he said, might have a tougher time getting off the ground.

But with the new down payment structures, he said, there’s no fear in overbuilding.

“Now, you have to produce with the demand that the market has,” he continued. “If the market needs more, you’re going to have more units. If the market has less demand, it’s not going to be overbuilt because you’re never going to start those buildings.”

Recent figures show the sale of luxury condos has slowed. Sales decreased 14.8% year-over-year in the third quarter of 2015, from 237 to 202. The median number of days on the market for luxury condos increased 38% to 101 days compared to the same period last year, according to the Miami Association of Realtors.

“There’s no way to start construction without enough sales,” Mr. Melo said. “This is what is going to regulate the market.”

He pointed to the winding down of major infrastructure projects like that of the State Road 826 and State Road 836 Interchange.

“A lot of that really big flat work, the civil work, has slowed down in addition to the residential,” Mr. Glinn said.

Miami area construction jobs were down 3.4% in September year-over-year, according to the US Department of Labor. Mr. Glinn said that’s a product of the decrease in civil projects going on.

“While there might be cooling in the residential market and there might be some mega civil projects that are winding down,” he said, “every other corner of the market is still blazing hot.”