Advertisement
The Newspaper for the Future of Miami
Connect with us:
Front Page » Transportation » Reversible lanes might ease traffic jams 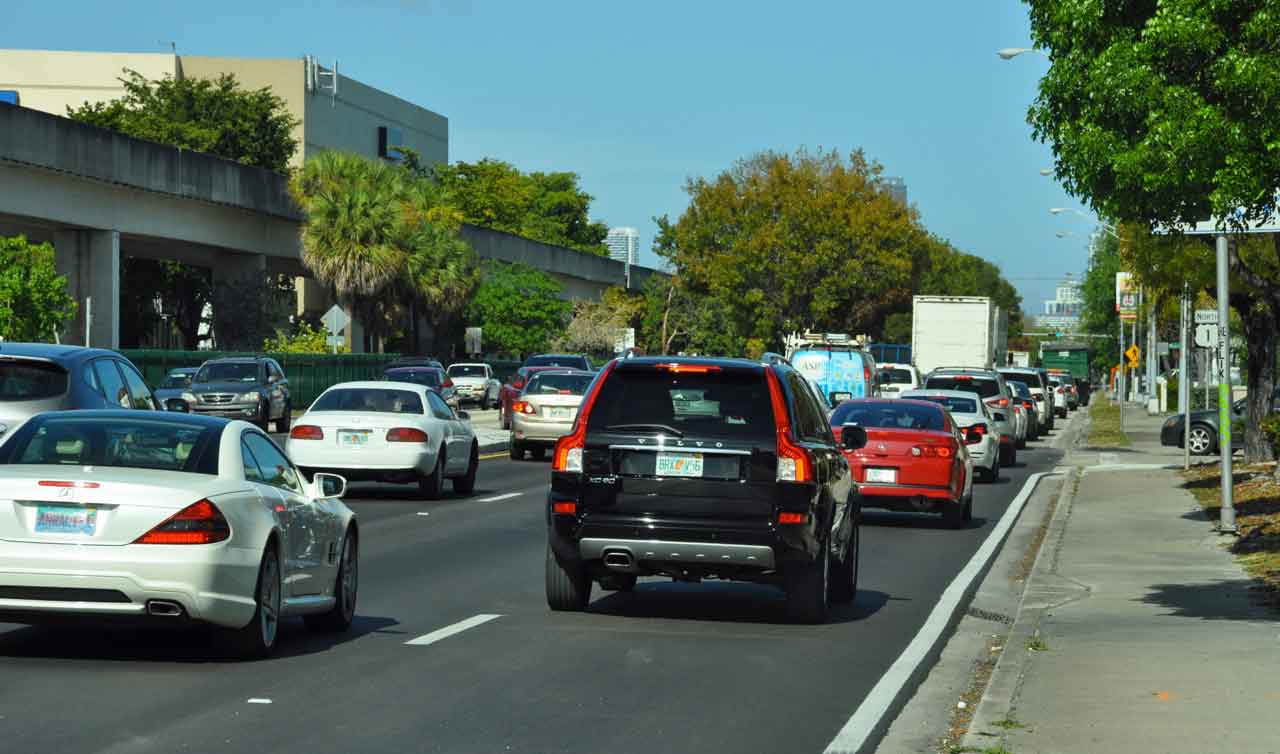 County commissioners are scheduled to decide whether to direct the administration to collaborate with the Miami-Dade County Metropolitan Planning Organization to prepare a feasibility study on reversible lanes.

The legislation, which appears on the Dec. 1 commission agenda, highlights the need to create efficiencies in traffic flow on thoroughfares and states that the use of reversible lanes might help do so during times of the day when traffic is heavier in one direction.

Rebeca Sosa, who is sponsoring the resolution, spoke during an August meeting about a plan to reverse lanes of traffic during rush hour.

She said “now that Mayor Carlos Gimenez allocated funding to synchronize the traffic lights, we could do this with arrows and the lanes could be computer-controlled.”

This is already being done near Sun Life Stadium to route traffic before and after games, she said, and has been done successfully for years in Puerto Rico, where Ms. Sosa said traffic is worse than Miami.

Under the reversible lane plan, east-west roads like Flagler Street and Bird Road would have more eastbound lanes open in the morning to handle the commuter flow from the western suburbs into downtown. In the evenings, more lanes heading west would serve those same commuters on their ride home.

Ms. Sosa said the county will ask the state transportation department to study north-south routes such as LeJeune Road and Miami Avenue to determine the demand for reversible lanes.

“If you learn a behavior pattern, then you work with that,” Ms. Sosa said in August. “Computers can respond to the need” as traffic patterns emerge.

On Sept. 29, the Metropolitan Planning Organization approved a resolution for a scope of work and budget to determine the feasibility and best way to implement reversible lanes along major thoroughfares in the county.

On Nov. 12, the Transit & Mobility Services committee unanimously approved the resolution and sent a favorable recommendation to the full commission.