Advertisement
The Newspaper for the Future of Miami
Connect with us:
Front Page » Transportation » 21% of traffic-blocking bridge openings broke rules 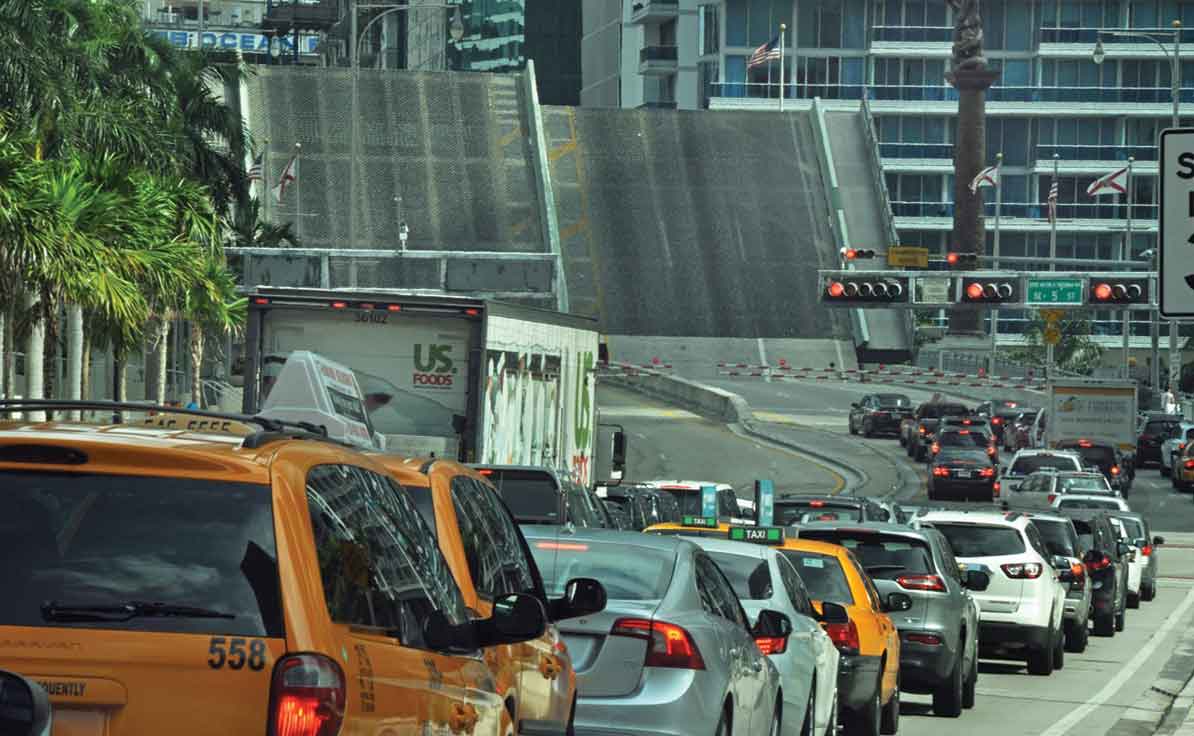 Progress has been made toward regulating bridge openings downtown during rush hours but work remains to be done, directors of Miami’s Downtown Development Authority learned Friday.

“We have some results, but it’s not 100%,” said Alex Tirado-Luciano, an associate in the Lydecker-Diaz law firm, which is working on the issue pro bono. Senior partner Richard Lydecker is an authority director.

Authority members last year expressed frustration that, in defiance of an agreement hammered out years ago, bridges that serve downtown are being opened for boats during times when they should remain locked down to let cars and trucks pass.

Mr. Tirado-Luciano and members of his team worked with the US Coast Guard, the Florida Department of Transportation and the office of US Rep. Ileana Ros-Lehtinen, who has expressed concern that keeping the drawbridges closed more often would damage the marine industry.

Transportation department personnel were surprised that the rules weren’t being followed, Mr. Tirado-Luciano said. “The Coast Guard understands and is now on notice that they need to better police the folks who work on the bridges.”

In January and February, the team installed a device on the Brickell Avenue Bridge and then presented weekday details to the authority. Of the 3,218 openings, 682 were during restricted hours. While only 38 were clear violations, another 337 were within 15 minutes of the restricted times, and in 74 instances, the bridge was drawn up during unrestricted times but remained open into the times when it should have been locked down. Only 18% of the bridge openings allowed cargo vessels to pass. Another 21% were for tugs and 6% for barges, while pleasure craft accounted for 45%.

“But even if all the regulations were being complied with, I believe we still have an issue, because the restricted times do not reflect traffic patterns and should be amended,” he said. According to the state transportation agency, morning rush hour times should be from 7-10 a.m., and afternoon times from around 4-6 p.m., he said.

The matter can be brought to the Coast Guard’s Marine Safety and Security Council in Washington, DC, Mr. Tirado-Luciano said. “It will be a six-month to one-year process, depending in how many people come to the table. We can let the Coast Guard know what we want.”

Meanwhile, the group can ask for a deviation, he said, which means “they make the changes and see the impact to the marine industry.” If granted, the deviation could be executed quickly but is in effect for only six months, he added. “The Coast Guard would be hard-pressed to look away from this issue.”

Marc Sarnoff, authority chair and Miami commissioner, asked Mr. Lydecker if the firm would continue to work on the issue free.

“ ‘Not to put you on the spot or anything,’ ” Mr. Lydecker sarcastically joked. While he acknowledged that his firm had spent many hours on the project, “I am committed to it,” he said.

The downtown agency will tap a consultant from its approved list to conduct a traffic study immediately, said Alyce Robertson, authority executive director. Its staff will also assist the Lydecker-Diaz team in collecting facts and some other needed legwork.