Advertisement
The Newspaper for the Future of Miami
Connect with us:
Front Page » Top Stories » Venetian Causeway’s future a huge question 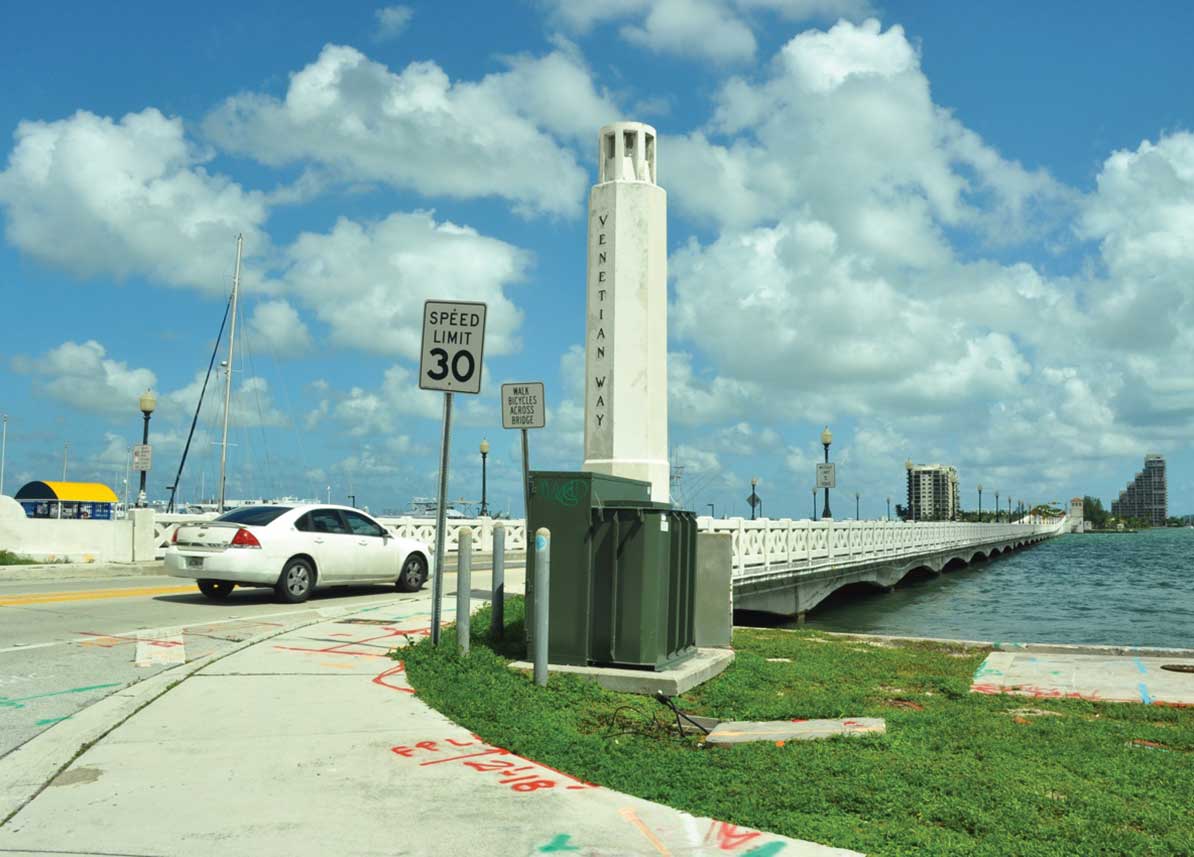 More than a year after a bus fell partially through and made a hole in the Venetian Causeway, the Florida Department of Transportation is still in the midst of a Project Development and Environment study to determine social, economic, natural and physical environmental impacts of repairing or replacing the causeway’s bridges.

An additional complication: the 12-bridge causeway, built in 1926, is listed on the National Register of Historic Places, so any extensive changes might jeopardize that designation.

“Extensive agency coordination as well as the evaluation of alternatives for addressing the needs of the project and the potential impacts of the alternatives on the environment are ongoing,” said Enrique “Rick” Crooks, of EAC Consulting Inc. “The study will culminate with a recommended alternative that will serve as the basis for a future project. Currently, only the study is funded. The scope of the future project has not yet been determined and no funds have been allocated for design or construction.”

The causeway, which connects Miami and Miami Beach, wends its way through a cluster of residential islands. Meetings were held in May with area residents to determine their preference: do nothing other than routine maintenance, rehabilitate the bridges, or replace all or parts of the bridges, according to Dat Huynh, project manager for the state transportation department’s District Six.

Replacement of the bridges ranked first with 16 votes; rehabilitation of the bridge ranked second with nine votes. There were no votes for the no-build alternatives, said a newsletter circulated by the transportation department.

The causeway is Florida’s oldest, and some of its historic characteristics include the arched form of the superstructure, the railings and the light poles.

According to the National Register of Historic Places, an owner of a historically designated structure may do as he wishes with the structure as long as no federal money is used.

Mr. Huynh said last year that if future work is done on the causeway, federal money might be requested. In that case, the federal government says that an Advisory Council on Historic Preservation would have to comment on the work planned for the Venetian Causeway.

In evaluating alternatives for the Venetian Causeway, the transportation department is trying to pinpoint those that would have minimal impact on marine life, Mr. Huynh said when fixes were first being debated.