Advertisement
The Newspaper for the Future of Miami
Connect with us:
Front Page » Real Estate » Million-dollar-and-up Gables homes sell well 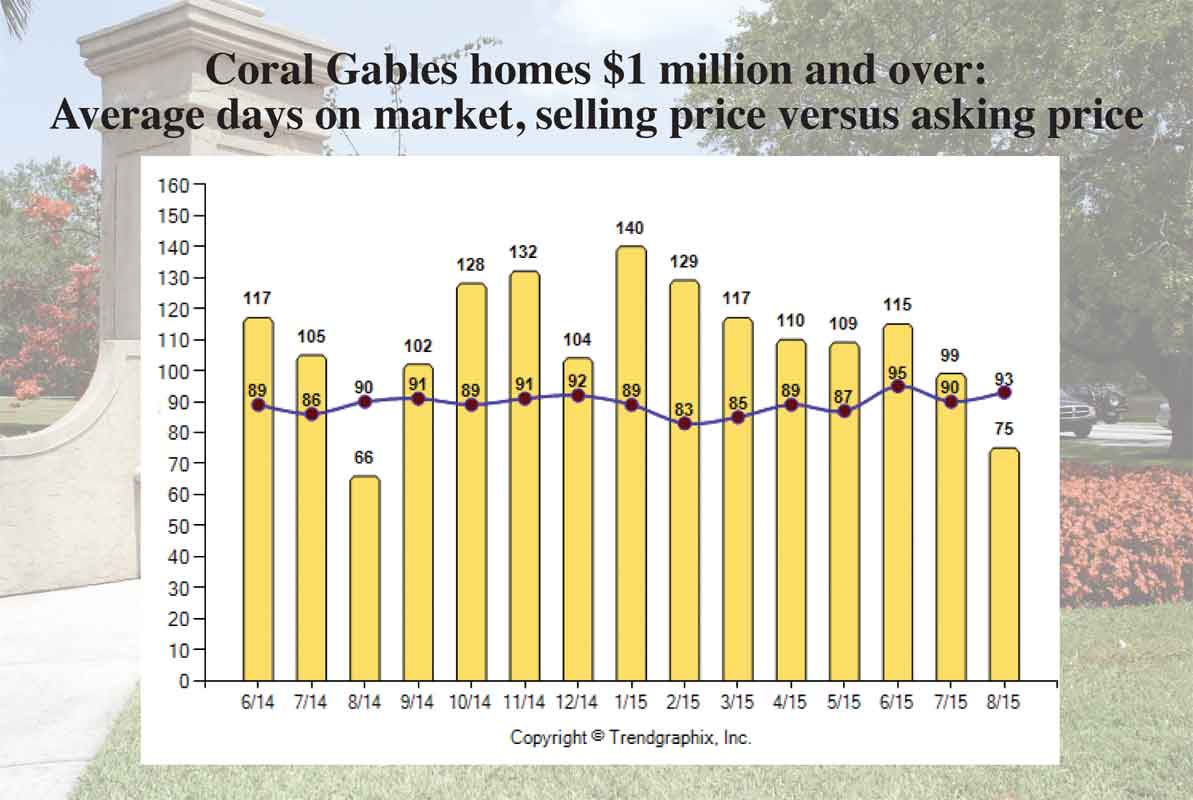 The residential market in Coral Gables is so strong that, if priced correctly, single-family homes are selling in less than a week.

That’s what Coral Gables Commissioner Jeannett Slesnick has been seeing in her business as a broker with Slesnick & Jochem LLP. She said the rates continue to go up and have appreciated, overall, about 10% from this time last year.

The properties under $1 million (about 40% of the residential inventory in the Gables) are selling the fastest, Ms. Slesnick said, while those $1 million and higher are being snatched up not quite so rapidly but also changing hands relatively quickly.

“Ginger Jochem, my business partner, and I are working non-stop these days trying to keep up with contracts being submitted on our listings as well as finding homes for our buyers,” she said. “We have been contacting our friends to see if they want to sell their homes to our buyers, and two of our last five sales have been on properties that were not on the market.”

Ms. Slesnick attributes the increase in sales prices and falling number of days properties are on the market to the popularity of Coral Gables. It’s a very desirable community, she said, with its abundant trees, choices for shopping and dining, and accessibility to the airport.

The Gables has always been a sought-after neighborhood. However, Ms. Slesnick recalled slow years in 2009-2009, with what she describes as “the backlash from the zero percent down days,” and it became “impossible to borrow money without a substantial down payment.”

In 2009, Ms. Slesnick said 650 homes were on the market each month, the highest number she’s seen in her decades as a broker.

“The inventory has gone up and still climbing in price,” she said. However, Ms. Slesnick said, the potential pool of buyers is declining.

“Local homeowners are moving themselves without having to compete with international buyers as much.”

While it’s extremely busy now, Ms. Slesnick predicts activity in the Coral Gables residential market will slow as the holidays approach and then pick up again in January.