Advertisement
The Newspaper for the Future of Miami
Connect with us:
Front Page » Top Stories » 60-story river towers worry neighbors 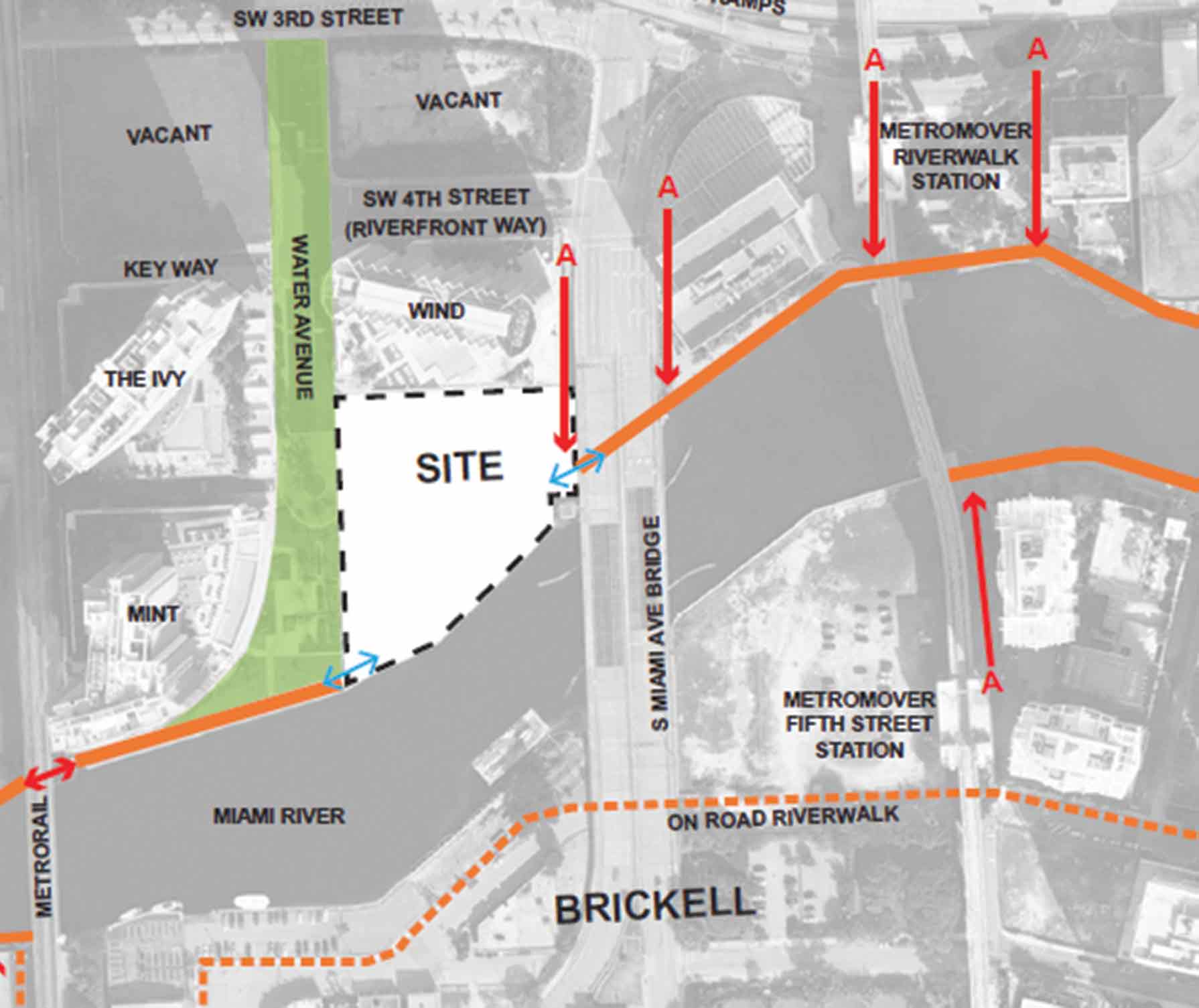 The developer behind a two-tower project planned to rise on riverfront land west of the Miami Avenue Bridge was questioned by disgruntled residents already living within the community during a town hall meeting last week.

New York developer Shahab Karmely openly spoke to residents of the The Ivy, Wind and Mint – the three existing buildings within the gated community on the Miami River’s north bank – for the first time on the evening of Sept. 24 at the Wind.

City documents show an appeal has been filed on behalf of the River Front Master Association with the city’s Planning, Zoning and Appeals Board against a series of waivers sought by the developer’s Miami River Project LLC. The appeal was on the board’s Sept. 29 agenda. The city’s Urban Development Review Board recommended approval of the project April 15, Miami Today reported earlier this year.

“We have not been as communicative as some would’ve liked,” Mr. Karmely told a full room last week, although he pointed out that public hearings and meetings regarding the project’s proposal have been held. The purpose of the meeting was to formally introduce the project to residents and give them a chance to ask the developer brief questions about the development.

“Our belief – maybe naively and mistakenly – was [that] this excitement of trying to create this will become something that will be shared by everybody else who lives here,” Mr. Karmely said. “Unfortunately, that has not been the case.”

After describing the project in detail and displaying a couple of printed-out renderings to residents, most reacted negatively during a Q&A session with the developer and Greenberg Traurig attorney Iris Escarra.

Some residents complained of not being notified earlier in the project’s decision-making process, while others seemed confused that this process moved forward without their consent. Others grew increasingly concerned about side effects – noise, traffic, dirt, etc. – that the 24- to 30-month construction process would cause.

In response to why he was meeting with residents now, rather than earlier this summer, Mr. Karmely said, “We have been asking for this for the past four months.”

Residents pushed forward with questions about security, construction hours, cleanliness, obstruction of condos’ views and traffic concerns within the community.

Mr. Karmely and Ms. Escarra explained to attendees that the property within the neighborhood was always designated for “future construction,” meaning each homebuyer was notified there would eventually be noise, vibrations, sales and other side effects that accompany a new development.

The three existing vacant lots purchased by Mr. Karmely’s KAR Properties were originally planned for three additional buildings, he said, which fell victim to the financial crisis. He said the other two parcels – to be developed in the future – will be used as a sales center and for construction purposes until the development is complete.

An earlier project planned for this particular riverfront site included one bulkier residential tower, while the new proposal includes two slender towers joined in an L-shape by a podium about five stories high, Miami Today reported in April. The project will feature an 85-foot waterfall at its front facing the river.

The neighborhood’s front parcel bordered by Southwest Third Street will be the site of the new development’s sales center – a one-story glass box fully landscaped in which he will be investing millions of dollars, Mr. Karmely said.

The two 60-story towers’ units will sell for $850 to $1,100 per square foot, he said, while stressing that the existing owners’ units will increase in value once the project is done. He promised to improve parking and to create a public riverwalk open to all community residents. He also said the cul-de-sac that now exists for cars to travel from building to building will be enhanced and a “shaded planted area with water features for pedestrians to walk down” will tie it to the river walk.

“We think we can change the perception of this side of the river, he said, explaining why he chose this location rather than Brickell.

The residents were notified that the project has gained approval from the Federal Aviation Administration, which oversees building heights, and the rest of the approval process should take about four to six months.

A phone number and website are to be created for residents to present specific concerns about the project.