Advertisement
The Newspaper for the Future of Miami
Connect with us:
Front Page » Education » New World Symphony to graduate 1,000th player 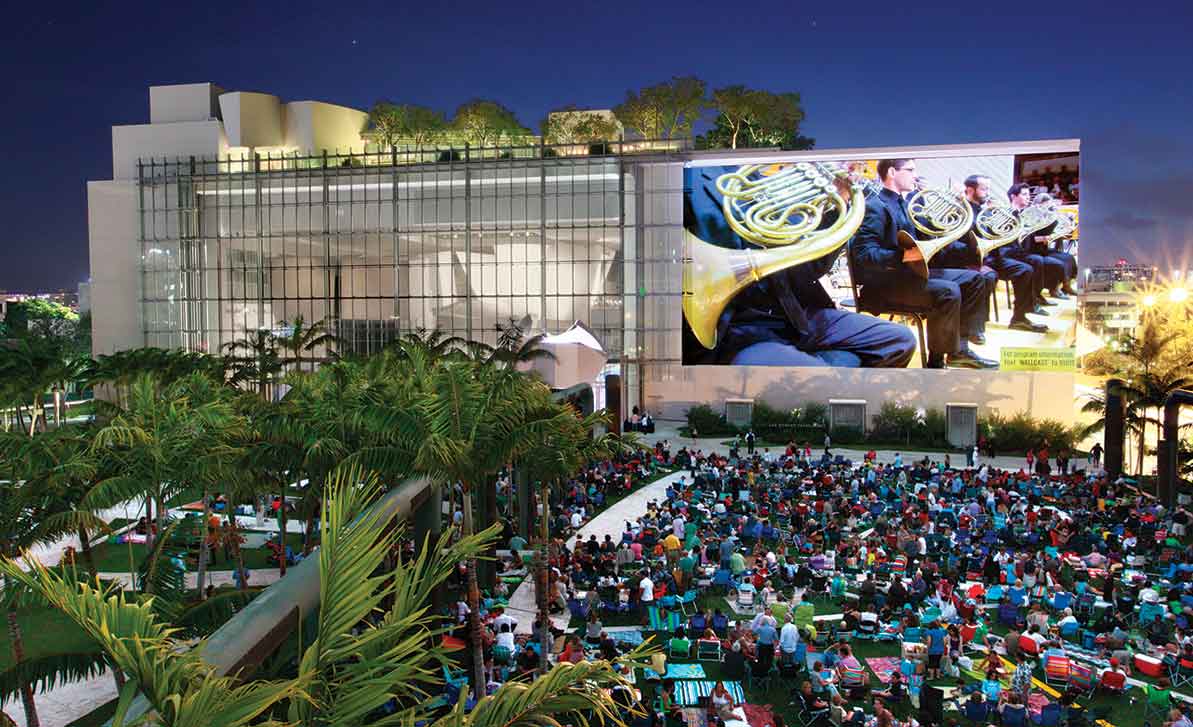 With each new season a third of the New World Symphony’s players come and go. Soon, the orchestral academy will graduate its one-thousandth player.

For the New World’s 996 alumni, the three years spent performing in Miami have paid off.

Of the 87 players the orchestra will perform with this season, two-thirds will secure professional orchestral positions once graduated – at least, that’s what history shows.

“It is an extremely crowded market,” said Howard Herring, CEO and president of the symphony. “An opening in an American orchestra can have anywhere from 3,000 to 4,000 applicants for a single position. For us to have 20 to 22 of our players moving out into [these] positions is quite a phenomenon.”

The most recent graduates are scattered about. Running down a list, Mr. Herring named Pittsburgh, Dallas, Cincinnati, Vancouver and Stockholm before saying they’re “literally all over the world.”

The 30 admitted each year also come from all ends of the globe. When new players come in, a month is spent integrating the new talent with the already established. During this trial period, free concerts are played in September, Mr. Herring said. The official 32-week season begins in October.

This past summer, he said, two string players gained jobs in a Houston symphony looking for five players overall. The two New World grads will be “community embedded musicians,” meaning much of their skill will be garnered toward community engagement.

“Part of our curriculum is for them to learn by doing,” Mr. Herring said, adding that community work is a focal point in the players’ curricula here in Miami.

US music schools continue to pump out skilled musicians, but the number of orchestras hasn’t changed much since the 1950s, Mr. Herring said, illustrating how the historically competitive industry is further tightened as the graduate pool grows.

New World’s alumni are represented in 175 orchestras around the world. Those who don’t go on to play in professional orchestras may become university professors. Others are orchestra managers, while a select few have started their own educational projects, he said.

“In the face of the competition, what we’ve discovered is that entrepreneurial skills and sensibilities are increasingly important as well,” Mr. Herring said.

Players can get creative and build careers not necessarily tied to a specific orchestra.

An example is Samuel Hyken, who co-founded Nu Deco Ensemble, a Miami-based “chamber orchestra designed for the 21st century” that describes itself as “genre-bending.” The nonprofit organization meshes musical performances with multimedia, according to its website.

Mr. Herring pointed out the symphony’s Wallcast concerts, which integrate visual and audio technology with a 7,000-square-foot projection wall, as an exciting feature this season. Two specific concerts Miami should stay on the lookout for include:

•“A Schumann Journey” Oct. 30 will explore “ the emotional works of Robert Schumann.”