Advertisement
The Newspaper for the Future of Miami
Connect with us:
Front Page » Arts & Culture » Miami City Ballet adds to achievements 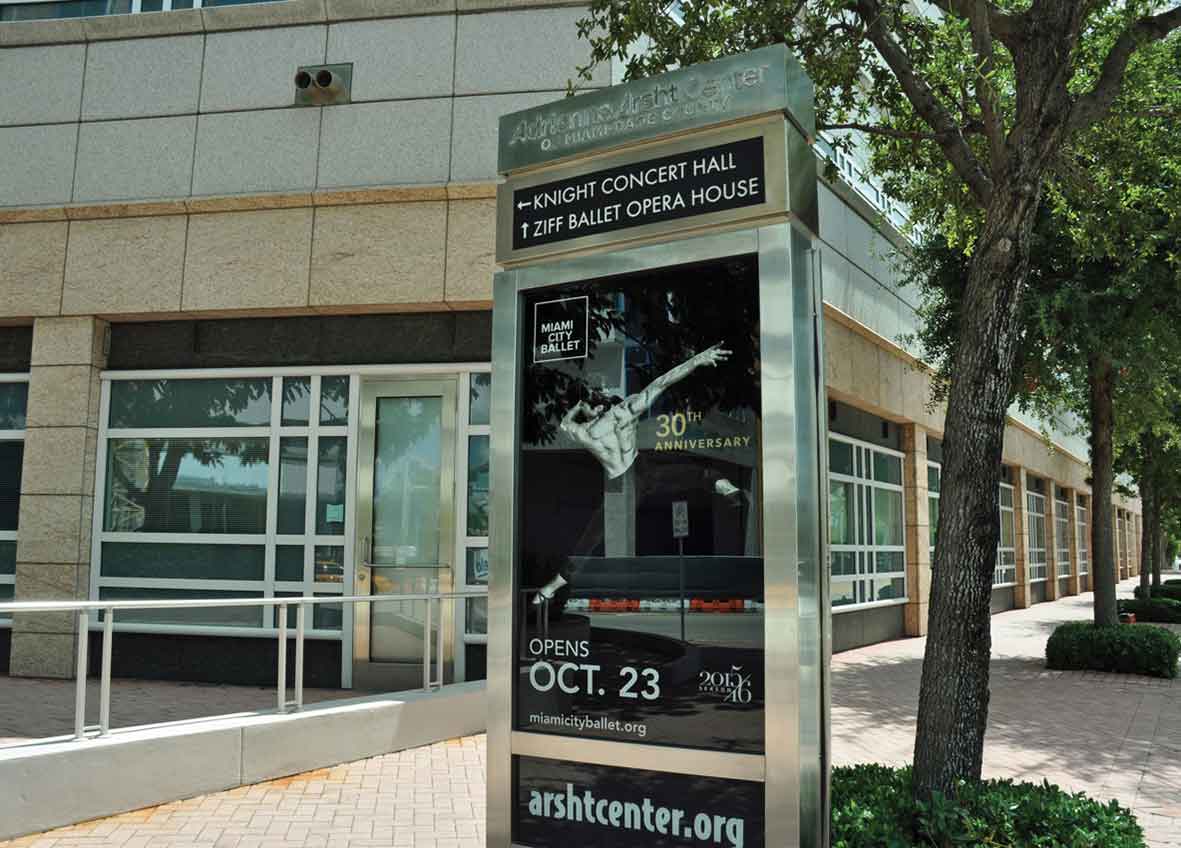 A great ballet company is judged by several achievements, including its number and quality of dancers, variety and quantity of the repertoire, national and global touring schedule and how often it commissions outside choreographers.

Miami City Ballet has all of that, Lourdes Lopez believes, as well as a school where dancers are professionally trained to join the company.

She said the company is building on all aspects of what denotes a world-class troupe. “You can’t do it all at once,” she said. “It’s like a student in school whose teachers keep looking at what more they need for a full education.”

In just a short time, however, Ms. Lopez has seen the Miami Beach-headquartered company grow and add layers to its national and global reputation.

“When I walked in here, there were 42 dancers and today the company has 51,” Ms. Lopez said. “You want a large number of dancers in a company so they aren’t overworked and burned out.”

Miami City Ballet School is the company’s official pre-professional training academy, serving nearly 900 students and granting $500,000 in scholarships annually. Half of the company’s dancers trained at the school.

With a repertoire of nearly 100 ballets, the company performs for 100,000 patrons annually during its South Florida home season in Miami, Fort Lauderdale, West Palm Beach and Naples. Ms. Lopez said the varied ballets include classical, modern, neo-classical and contemporary works.

The company has performed a number of commissioned pieces including Liam Scarlett’s “Viscera,” Justin Peck’s “Chutes and Ladders” and Alexei Ratmansky’s “Symphonic Dances.”

It’s important to audiences that a ballet company commissions, Ms. Lopez said, because that indicates it is staying relevant and current.

She said the number of tours a company takes and whether it has global and national visibility indicates there’s an audience outside its own community.

The company has toured to about 100 cities in the US as well as internationally in Europe, South America, Central America, Israel, Scotland, France, Guatemala and Italy.

Last year, Ms. Lopez said, the company toured through Canada and it will be going to New York and Chicago several times this season as well as to Minneapolis.

An indication of the company’s popularity is a huge increase in ticket and subscription sales. “Subscriptions nationally have gone down but we’ve had an increase,” Ms. Lopez said. “That tells us Miami City Ballet is a strong, viable company with a large fan base.”

Overall, subscriptions had been dropping by 5% to 6% annually for years but in fiscal year 2015 the company managed to hold steady and this season is adding subscribers/households on net with the most successful subscription campaign to date, said Jeffrey Parks, director of marketing and communications.

“It’s a complete reversal of the industry-wide trend,” he said. “Our Create Your Own (CYO) subscriptions are expanding for the second year running: in fiscal year 2015 renewals grew by 25% over fiscal year 2014 and CYO acquisitions grew by 17% over FY14.”

Mr. Parks said Miami City Ballet is on track to grow CYO’s another 20% in the aggregate this year.

“Our Premier (also known as “full”) subscriptions broke goal in August and we expect to close about 5% ahead of last season in terms of revenue and seats sold,” he said. “Last season we remained steady and before that were losing 5% to 6% annually, so that’s a really great trend.”

The company was founded in 1985 by philanthropist Toby Lerner Ansin and Founding Artistic Director Edward Villella, a former principal dancer for the New York City Ballet. It is the eighth largest ballet company in the US, headquartered at the Ophelia & Juan Js. Roca Center, with a budget of about $17 million.