Advertisement
The Newspaper for the Future of Miami
Connect with us:
Front Page » Top Stories » Cuban Museum preparing for opening 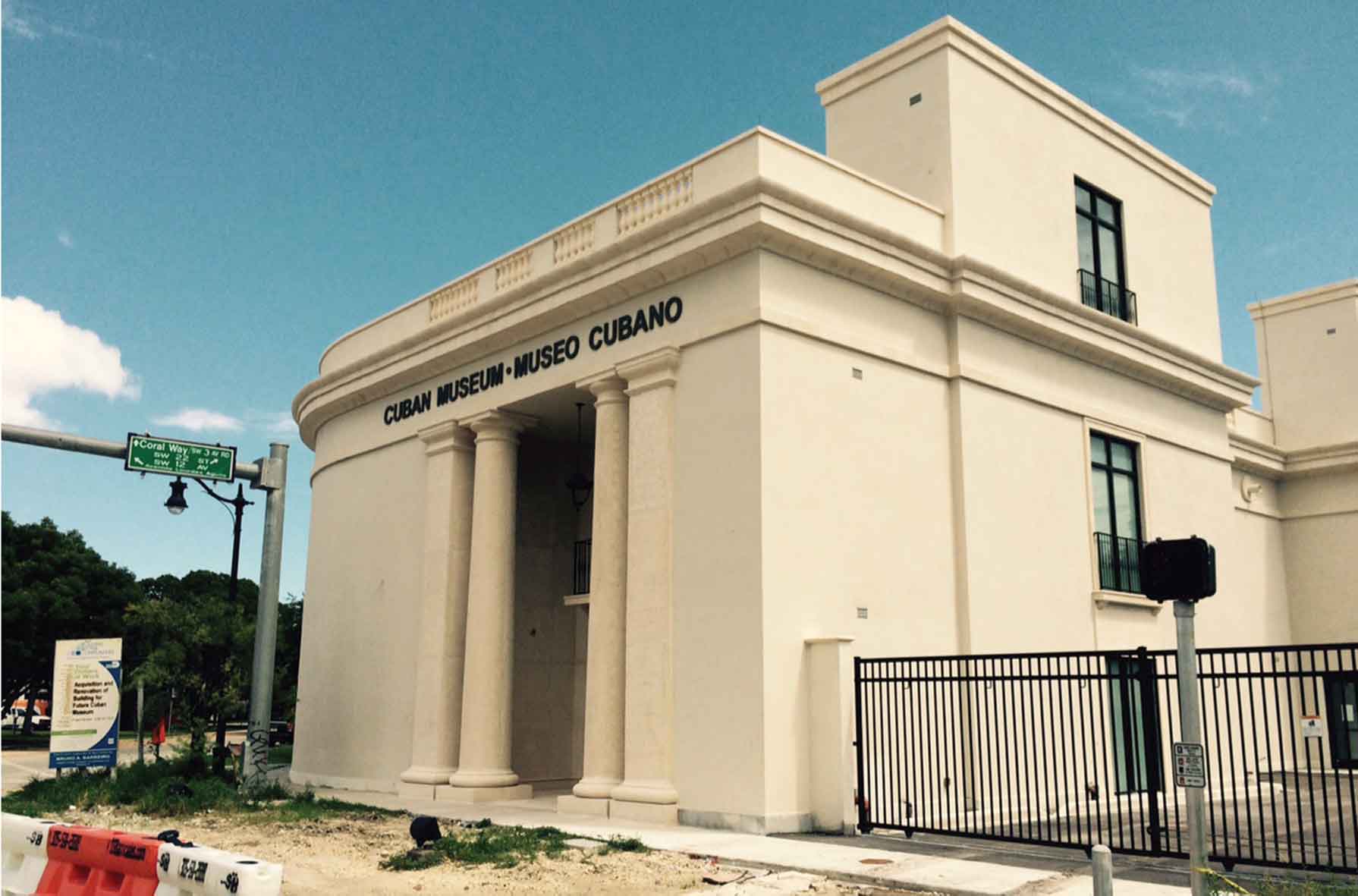 Architect Raul Rodriguez did a final walk-through the Cuban Museum’s new building Sept. 11, jotting down a punch-list of any unfinished items his eyes caught.

“If it’s a long list, we stop inspection,” said Mr. Rodriguez, who heads Rodriguez and Quiroga Architects. “It was not a huge list.”

The list of unfinished items has been given to the museum’s owner, who may have additional observations. Once the final list is turned over to the contractor, the museum’s new venue – several years in the making – will step into its last phase.

At 1200 Coral Way, the Cuban Museum’s long-awaited white columns now guard its entrance, which will welcome visitors for a ribbon-cutting ceremony next Jan. 28.

“It was the final piece of the puzzle on the exterior,” Mr. Rodriguez said of the columns. “We worked very hard so that it would be recognized as a classical building resembling many in Havana of that style.”

A few programs will be held during the first half of next year, but the bulk of its inaugural exhibitions will arrive next May, said Ileana Fuentes, the museum’s cultural consultant. A permanent collection of art representing the Cuban émigré community mostly by artists residing in South Florida will be displayed. An exhibition of about 30 pieces by Luis Cruz Azaceta, an award-winning, internationally recognized artist whose work has been displayed at The Metropolitan Museum of Art in New York, will join the permanent collection.

“Funds are being sought” for those events, she said. The museum’s operating budget for its first year has been set at $950,000.

“It’s a conservative budget,” Ms. Fuentes said. “We’ll be looking for funding from the [county’s] Department of Cultural Affairs, from the city, from the county and from private donors, such as the Knight Foundation.”

The museum is also actively reaching out to Cuban American corporations and is starting a room-naming initiative.

To make funding more accessible in the future, Ms. Fuentes said the museum will begin in mid-2016 its accreditation process with the American Alliance of Museums – a three- to four-year process that vouches for a museum’s high standards and professionalism. Accredited museums have easier access to grants.

Substantial completion will be achieved after the city issues a temporary certificate of occupancy, in which the contractor will be given 60 days to complete remaining work, Mr. Rodriguez said.

The institution’s mission? “To preserve and tell the most complete and inspiring story about the Cuban people who left Cuba in search of freedom after 1959, through outstanding art and cultural exhibitions, and programs that will educate and delight its visitors,” read a statement Ms. Fuentes sent.

The museum will be moving from 1500 S Dixie Hwy., where as of March 2014 it was staying rent-free in a Bank of America-owned building. The Coral Way building’s purchase and reconstruction is funded by $10 million in borrowing under the county’s Building Better Communities Bond Program.

Its new home is to include a 5,000-plus-square-foot gallery, a movie and live plays theater on the second floor, a sculpture garden, a gift shop and roof space for outdoor concerts.

One Response to Cuban Museum preparing for opening