Advertisement
The Newspaper for the Future of Miami
Connect with us:
Front Page » Healthcare » Unraveling 68,000 new medical codes 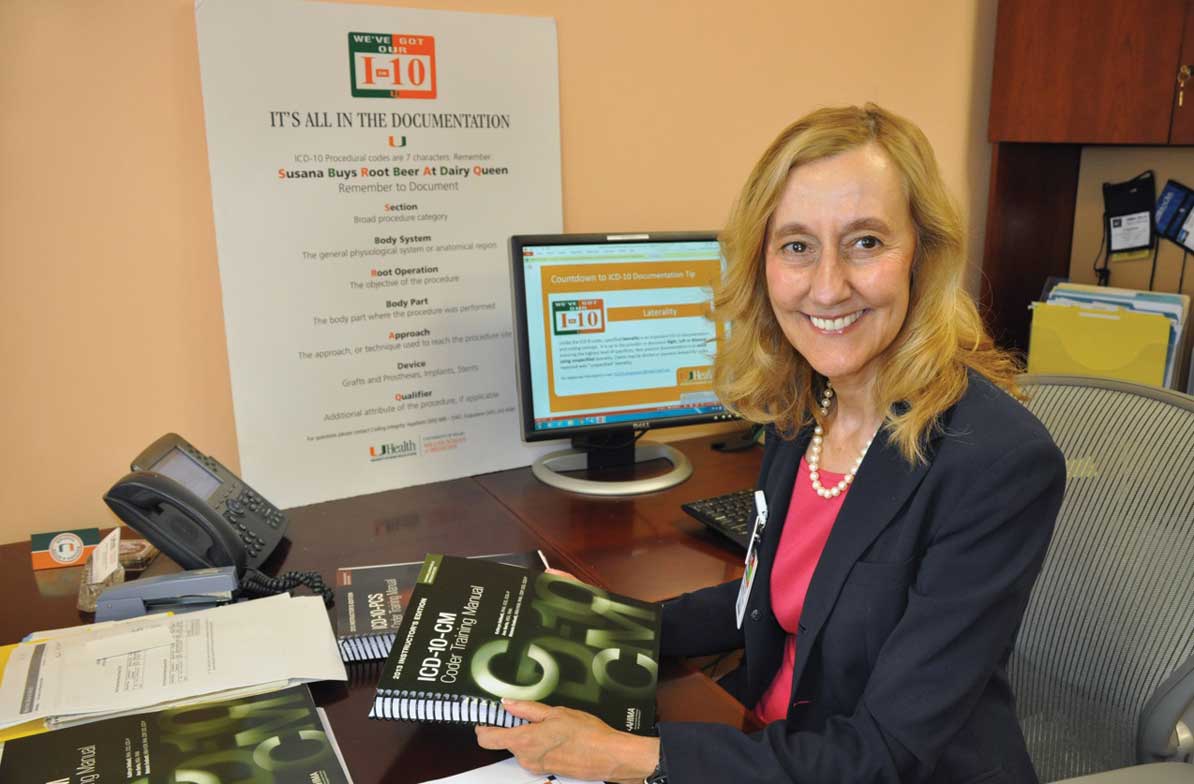 After several delays, a federally mandated coding system that changes requirements for documenting patient diagnoses is scheduled to take effect Oct. 1. With no further delay in sight, all clinics and hospitals are to switch their systems to the 10th revision of the International Classification of Diseases, or ICD10, from the former ICD9 system in just a couple of weeks.

“It is an unavoidable glacier coming down the slope right now,” said Seth Avery, president and CEO of AppRev, a healthcare business intelligence company based in Texas.

While some healthcare providers may be saying “finally,” those who shook preparations to the side with each delay aren’t as enthusiastic.

Those hospitals that began preparing for the switch ahead of time had to keep a dual process in place when the implementation was delayed, Mr. Avery said.

The coding systems are the way in which physicians document patient diagnoses. While ICD9 had about 14,000 clinical diagnosis codes, ICD10 has about 68,000.

“We’re going to five times the number of diagnoses, and 17 times the number of inpatient procedures,” said Charlotte Barrett, assistant VP for health information integrity at the University of Miami. Preparing for a change this large, Ms. Barrett said, required healthcare organizations to reevaluate their IT systems and ensure each was updated to accept the new code. Both coders and physicians had to learn the ins and outs of the new system. Physicians had to be trained to provide more detailed documentation.

Opponents have said the switch is costly, time consuming and would take healthcare providers’ time away from patients, Miami Today reported last year. The American Medical Association has advocated against the mandate, saying the price tag on the upgrade for a small practice could reach $226,105.

On the physician front, ICD10 requires a significant amount of detail compared to ICD9, which has been used for so long that most physicians had the codes memorized, Ms. Barrett said.

“In [ICD9], a physician would document a leg ulcer. In [ICD10], you certainly have to know if it’s the right or left. Laterality is a requirement,” she said. With ICD10, the physician must also document the location of the ulcer on the leg as well as the depth of the ulcer – is it on the skin, tissue, muscle or bone?

The driving force behind the switch is to provide more numerical data about diseases and conditions that patients are seeking treatment for. The more specific, quantitative diagnoses will help improve population health research.

“There’s going to be some growing pains,” said Douglas Wolfe, a Kozyak Tropin & Throckmorton attorney representing hospitals, physicians and clinics. “Systems won’t be set up right. They may be using old codes that end up getting claims rejected.”

If insurance companies and medical providers aren’t on the same page, or in this case using the same coding system, this will slow down the payment and reimbursement process. Determining if a procedure is covered under a patient’s insurance plan will be more complex and time consuming during the transition, Mr. Avery said.

A regular doctor visit may also take longer than usual.

“For an office visit,” Ms. Barrett said, “it may take a little more time for a physician to document this detail.”