Advertisement
The Newspaper for the Future of Miami
Connect with us:
Front Page » Communities » Your bank teller may be in New Mexico

Your bank teller may be in New Mexico 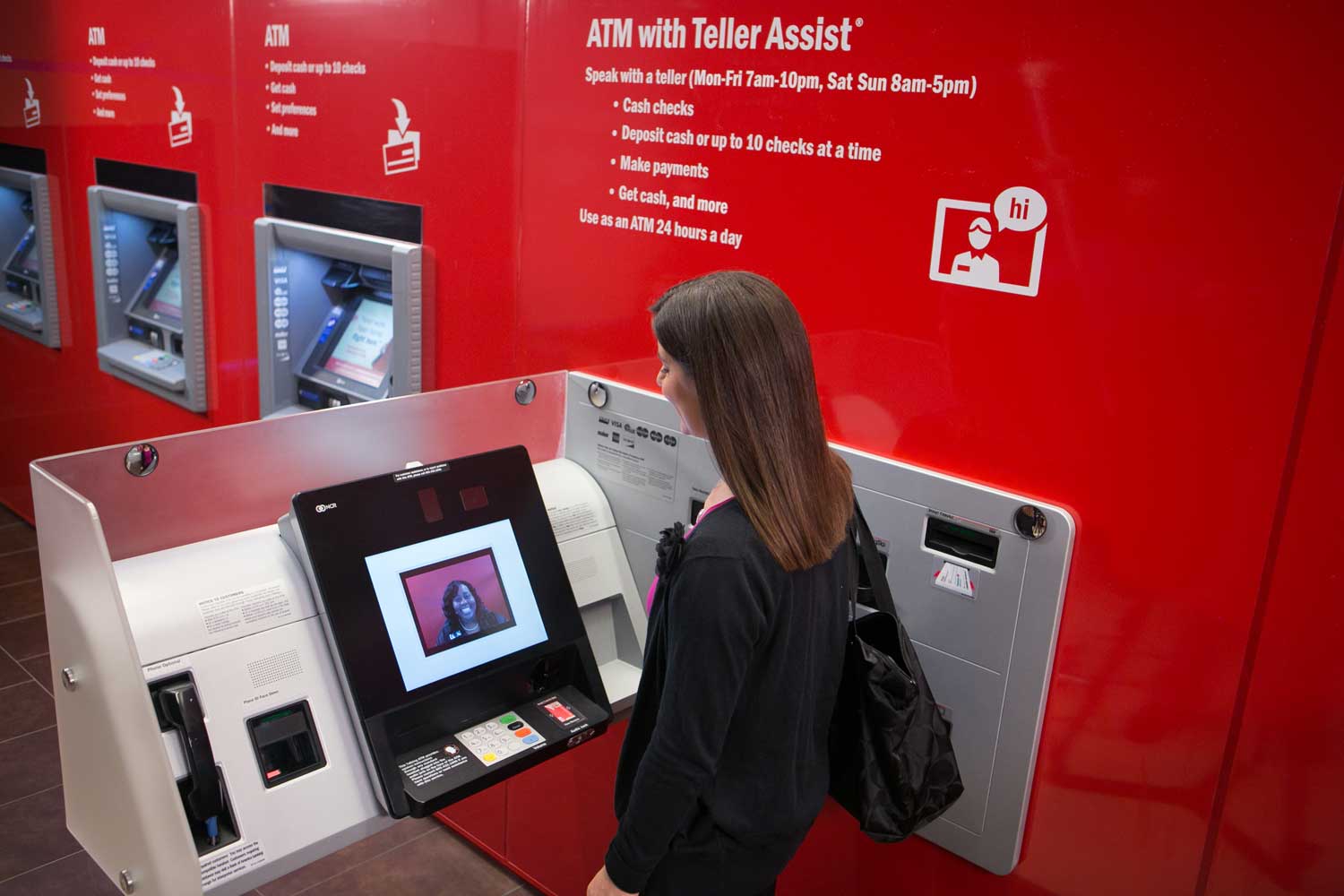 Banks of all shapes and sizes are changing the way they cater to customer needs, and many of these changes are occurring within the bricks-and-mortar branches.

Nationally, some have gone so far as to transform traditional branches into teller-free Internet cafes, all in the aims of satisfying the evermore online and mobile customer. Although measures on a local scale aren’t as drastic, South Florida bank branches are being used in more creative ways while offering a longer list of services – and, in some cases, talking ATMs are expanding teller hours.

Bank of America’s ATMs with Teller Assist allow a customer to virtually speak to a teller via an ATM screen. The customer can do things like cash a check and receive exact change; or make loan and credit card payments any time between 7 a.m. and 10 p.m. during the week, and from 8 a.m. to 5 p.m. on the weekend, according to a bank fact sheet.

“At the end of the day, customers actually interact with us more, not less,” said Bernard Hampton, the Miami-area executive in retail banking and distribution for Bank of America.

Mr. Hampton said 60 machines have been installed in the Broward and Miami-Dade county areas. The evolved ATMs may be located in 24-hour vestibules, traditional branches or drive-through lanes. The on-screen teller, or “video agent,” works remotely from Jacksonville, Delaware or New Mexico, according to the fact sheet.

Bank of America announced a couple of years ago it would get rid of about 750 of its branches, and the bank is keeping up with its plan, Mr. Hampton said. New teller-free express locations, two of which have sprung up in South Florida, give customers access to personal bankers and the teller-assist ATMs, he said.

Technology has helped banks reduce, or maintain, the number of staff members physically planted in a branch.

OneUnited Bank, which has a branch in Liberty City, has used technology to curb the need for new staff members. President Teri Williams explained the factors that bring individuals into bank branches are changing.

“A lot of people are going in when there’s a problem or an opportunity,” Ms. Williams said. “Because of the decrease in the middle – the day-to-day transactions – banks are repurposing their branches.”

In OneUnited’s case, the branch is used as a community resource center. The bank’s Liberty City branch is home to community events and fundraisers as well as financial literacy classes, Ms. Williams said, which in turn, attracts more customers to the store.

Yet Joe Atkinson, Wells Fargo’s South Florida regional president, contends that customers still see tremendous value in face-to-face interaction. More than 75% of the bank’s customers visit a store at least once every six months, he said.

He said Wells Fargo hasn’t decreased its number of branches in South Florida. If one branch has closed, it has opened elsewhere.

In 2013, the bank unveiled its “neighborhood bank,” a 1,000-square-foot mini-store equipped with less staff and located in highly dense markets such as DC.

Banks are also offering more services to attract and better serve in-person customers. Bank of America, for example, is diversifying its in-branch staff to offer various lines of business.

“Today, you walk in and see a level of expertise wrapped around the client, depending on client traffic and the particular location,” Mr. Hampton said about Bank of America branches.

The bank has also started same-day appointments in 25 South Florida locations, in which a customer can make an appointment online and see his or her banker that same day.

Although online and mobile banking continues to pick up steam, Mr. Hampton backs his optimism with the organization and expertise a physical bank branch offers – expertise “you can’t find anywhere else.”