Advertisement
The Newspaper for the Future of Miami
Connect with us:
Front Page » Filming » EUE/Screen Gems to open Miami studios 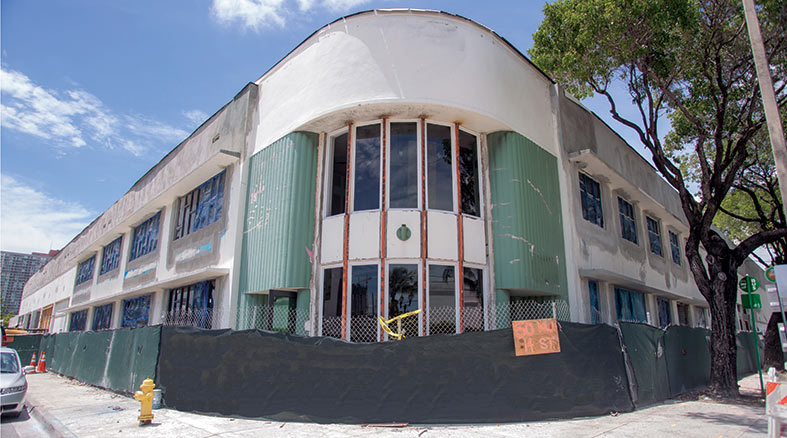 The Florida Film & Television Center, a studio facility that has been in the planning stages since 2011, is set to open next month, said Chris Cooney, chief operating officer of EUE/Screen Gems, which has been contracted to run the complex. The Omni Community Redevelopment Agency owns the facility at 50 NW 14th St.

“We’re now in range for a mid-September opening,” though an actual date has not been set, Mr. Cooney said. When it is, an official grand opening will be announced, he added.

Formerly called the Miami Entertainment Center, the complex will house two sound stages of 15,000 square feet and about 12,000 square feet of office and storage space, along with editing suites.

Construction cranes have lifted pre-fabricated walls into place to support the roof, which was raised to a height of 50 feet, considered a crucial production requirement.

EUE/Screen Gems, based in New York City, operates film studios in Atlanta and in Wilmington, NC.

“Miami and South Florida offer tremendous crews, a great population of content and idea people. But what was missing was a facility that would handle the big ideas,” Mr. Cooney said when the contract was signed.

EUE/Screen Gems Studios leased the building for 10 years with an option to renew for nine more, and is to pay $100,000 per year and 11% of gross sales in excess of $750,000 once it is up and running. The agency will reimburse EUE/Screen Gems up to $11.5 million in development costs.

EUE/Screen Gems’ Wilmington studio is the largest production studio in the US east of California, with 10 sound stages comprising more than 150,000 square feet, according to a redevelopment agency release. Since 1985, more than 350 film, television and commercial projects have been shot there.

The Atlanta studio complex contains 10 stages in 138,000 square feet of production and flex space. It has hosted more than 20 scripted television shows and feature films since it opened in 2010.