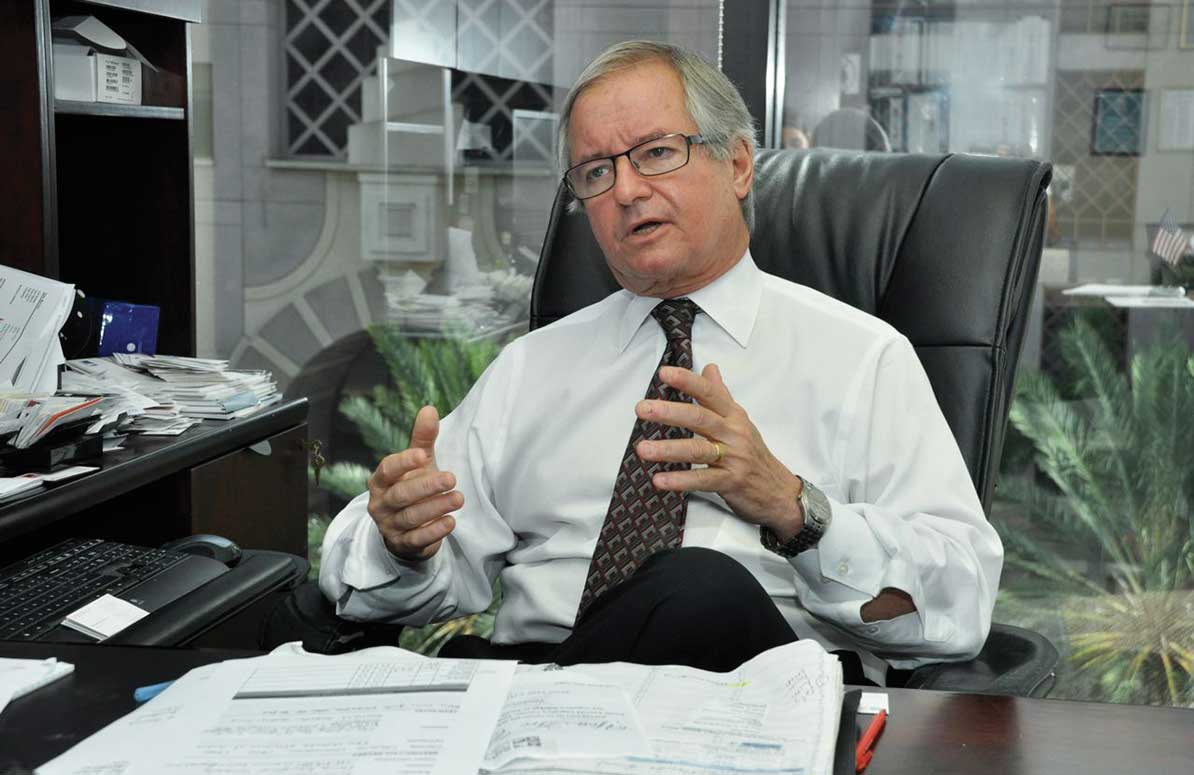 Miami’s international trade may weaken in coming months due to plummeting commodity prices, which slid to a 13-year-low this month, according to the Bloomberg Commodity index. As of Tuesday, commodities slightly edged back upward.

Miami’s major Latin American trade partners such as Brazil, Colombia and Peru are commodity export-driven economies, whose growths are slowed by falling prices.

“As commodity prices decline, they export less,” said Tony Villamil, founder and principal of The Washington Economics Group. “They buy less from the US. There’s less trade flow. Commodity prices are very important for the economy in South America.”

China, a global driver of commodity prices, is suffering an economic downturn with the bulk of financial scares transpiring within recent weeks. As China buys less raw material to produce its own products, the Latin American countries relying on commodity exports lose their biggest market. All eyes are watching China’s volatile stock market and the devaluation of its currency. Fear of a global setback crept into stock markets around the world, all of which continued to plunge as of Monday.

“Commodity prices, excluding oil, are down 40%,” Mr. Villamil said. “There might be more financial capital coming in, but we will see less actual trade and visitor activity.”

Origin exports, or goods produced in Florida and sold abroad, were down 1.5% year-to-date compared to last year. US exports were down more than 5%, said Manny Mencia, senior VP of the International Trade & Business Development division of Enterprise Florida Inc.

“We are outperforming the nation,” Mr. Mencia said. “We are less dependent on the Chinese market.”

So far this year, trade between Florida and China has declined about 5%. It’s an indirect effect, Mr. Mencia explained. The strengthening dollar hinders the purchasing power of countries in Latin America, which affects Miami’s south-bound trade. A stronger dollar, on the other hand, increases the US’s ability to purchase from other countries.

“From the perspective of Latin America, the US is now once again reemerging as an excellent alternative market,” Mr. Mencia said. “The country in Latin America that is feeling the hangover of the commodity downturn in China the most is Brazil. Nevertheless, it looks as if most of our traditional markets in Latin America have recovered to an extent.”

Florida’s exports to Chile (15%), Peru (10%) and Mexico (26%) are all up through June compared to the same period last year, according to data collected by Enterprise Florida. Central American and Caribbean countries that don’t rely as much on commodities are performing better than average for those areas in terms of growth, Mr. Mencia said. Brazil and Colombia, however, Florida’s largest and third-largest markets, are not keeping up the pace.

More than two-thirds of South Florida’s international trade is with Latin America, Mr. Mencia said. Aside from exports and imports, Miami provides an estimated $30 billion worth of services to other countries.

“So, it is a matter of to what extent Latin America is affected by what goes on in China,” Mr. Mencia said. “Imports from China are a little bit off [for Florida]. Exports to China are somewhat down. The big deal is how it’s affected and how it might continue to affect some major exporters of commodities in Latin America, first and foremost Brazil, but also Colombia.”