Advertisement
The Newspaper for the Future of Miami
Connect with us:
Front Page » Top Stories » Push to handle air traffic boom 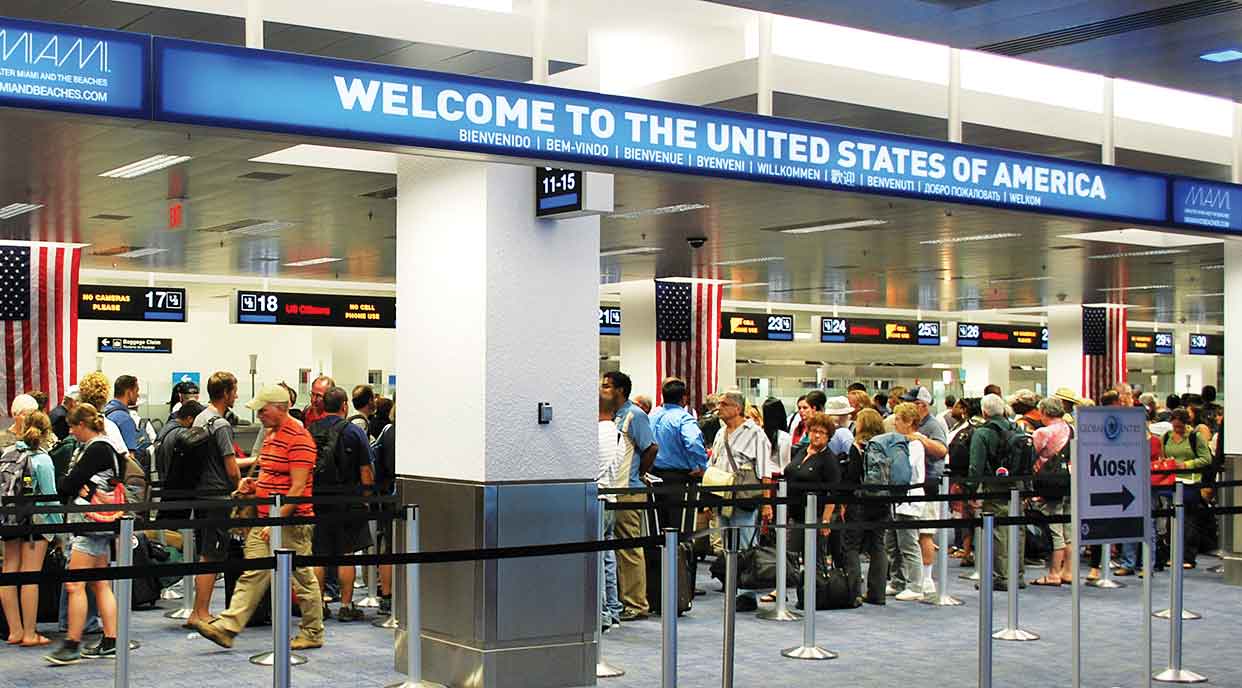 With numbers of passengers and flights entering and leaving Miami International Airport continuing to outpace projections, the airport is pushing forward efforts to accommodate the influx.

Those efforts include changing the airport’s infrastructure as well as working closely with representatives in Washington, DC, to acquire additional Customs and Border Protection officers to meet escalating demand.

“From my perspective, we would like to have between 250 and 300 [additional officers],” said Emilio T. González, director of the Miami-Dade Aviation Department.

The Department of Homeland Security decides which officers go where, Mr. González said. Although the county’s aviation department hasn’t yet formally requested the additional officers, Mr. González recently led a team to Washington to meet with members of Congress and federal officials.

He said officials are well aware of the airport’s needs.

“We got a commitment from [the Department of Homeland Security] to look at their staffing model to see how they can send officers down here,” he said.

Last time MIA received authorization to acquire officers was this past year, when 60 trickled into the airport.

“It’s a process,” he said, noting that the officers need to be recruited, trained and go through a probationary period.

Because of the airport’s increased volume in passenger and airline traffic, that many officers hasn’t had much of an impact on airport efficiency, Mr. González said.

As of July 29, the airport had seen 1.5 million more passengers than the same period last year. At that rate, Mr. González predicts the number of passengers this year will easily surpass 43 million, compared to 40.95 million last year.

“All airports are experiencing growth,” he said. “When you’re talking about maybe 2.5 million people more than last year, that’s a pretty significant milestone.”

Miami-Dade County commissioners unanimously adjusted an agreement with aviation planning consultant Ricondo & Associates Inc. by adding $401,000 in May for strategic airport master planning, funded by the aviation department, Miami Today reported. The original agreement, made in 2012 for targeted studies to address airport operational needs and enhancements, was $825,000 for five years.

According to a memo Mayor Carlos Gimenez sent to commissioners, it was difficult for the department to anticipate when it initiated the agreements in 2012 the extent of services required.

The airport has plans to redevelop its central terminal, which is now projected to begin in 2025. The redevelopment is to be completed in 13 phases for estimated at $4.3 billion. The aviation department currently plans to use aviation revenue bonds for the funding.

Other projects on the horizon include expanding MIA’s airfield and the renovation of its Concourse E-Satellite automated people mover system, in which replacement work has already started.

In the meantime, the airport plans to continue refurbishing its central terminal to extend its useful life. Mr. González also said the airport is planning on adapting aircraft hardstands on its grounds – areas away from the gates used to park planes that might not be in-use for a few hours.

Technology is also speeding up the arrival process for travelers.

MIA’s automated passport kiosks allow travelers arriving from abroad to have passports processed in less than two minutes via a self-service kiosk rather than waiting in line for a Customs and Border Protection officer, Greg Chin, communications director for the aviation department, told Miami Today. After installing 30 kiosks in the north terminal and six more in south terminal last summer, the department added another 36 this summer for a total of $3 million. Thirty-six more are to come before this year’s winter travel season.

In February, MIA became the second US airport to offer Mobile Passport, the new Customs and Border Protection mobile app that allows travelers to enter and submit passport and customs declaration information using a smartphone or tablet. The airport acquired 10 mobile passport control scanners for $30,000.

Miami is commonly referred to as the gateway to Latin America, but Mr. González wants to “grow Miami not just as a hemispheric hub, but we also want to be a new global gateway as well.”

One Response to Push to handle air traffic boom