Advertisement
The Newspaper for the Future of Miami
Connect with us:
Front Page » Government » 826-836 interchange on fast track 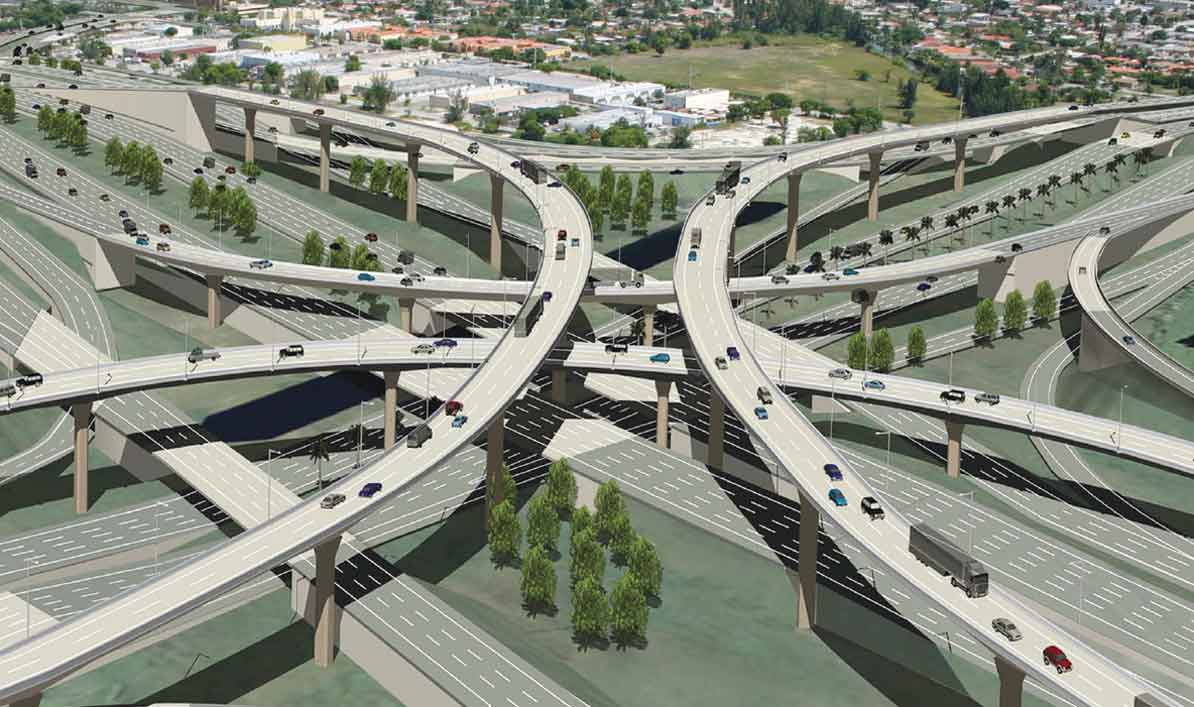 While all the finishing touches on Miami-Dade County’s most impactful road project – the interchange of state roads 826 and 836 – won’t be in place until January 2016, “We expect the project to be substantially completed by the end of this year,” project spokesman Oscar Gonzalez said last week.

“There may be some punch-list items, lighting and signalization still remaining, and some additional ramps that need to be opened,” but traffic will be flowing the way that it’s meant to and main arteries will be open, he said.

The next big step comes in September, when all vehicles on State Road 836 will be driving in the permanent lanes, after months of being rerouted to allow for construction, Mr. Gonzalez said. In some cases, drivers were heading west on the permanent eastbound lanes, and east on what will be the westbound lanes.

The 826/836 interchange project began in 2009 and is a collaboration between the Florida Department of Transportation and the Miami-Dade Expressway Authority. The interchange, which Mr. Gonzalez has described as “a pivot point,” is used by 430,000 motorists each day. When it is completed, drivers going north on State Road 826 will have a direct connection – for the first time – to westbound State Road 836, and then to the Florida Turnpike.

The massive project includes the installation of Intelligent Transportation Systems cameras and sensors to allow for real-time traffic updates, as well to speed police and firefighters to accident scenes. They will also be used by the Road Rangers tow trucks that rescue drivers of disabled vehicles and move them from the travel lanes.

“Drivers are going to be seeing changes, but we are bringing benefits on line on 836 westbound,” Mr. Gonzalez said earlier this year. The project remains on budget at $560 million, he added.

Most of the work is being done at night. Drivers can visit the project’s website for progress updates and temporary road closures; they can also sign up to be notified by email of re-routings and other changes.