Advertisement
The Newspaper for the Future of Miami
Connect with us:
Front Page » Transportation » Tri-Rail downtown link picks up steam 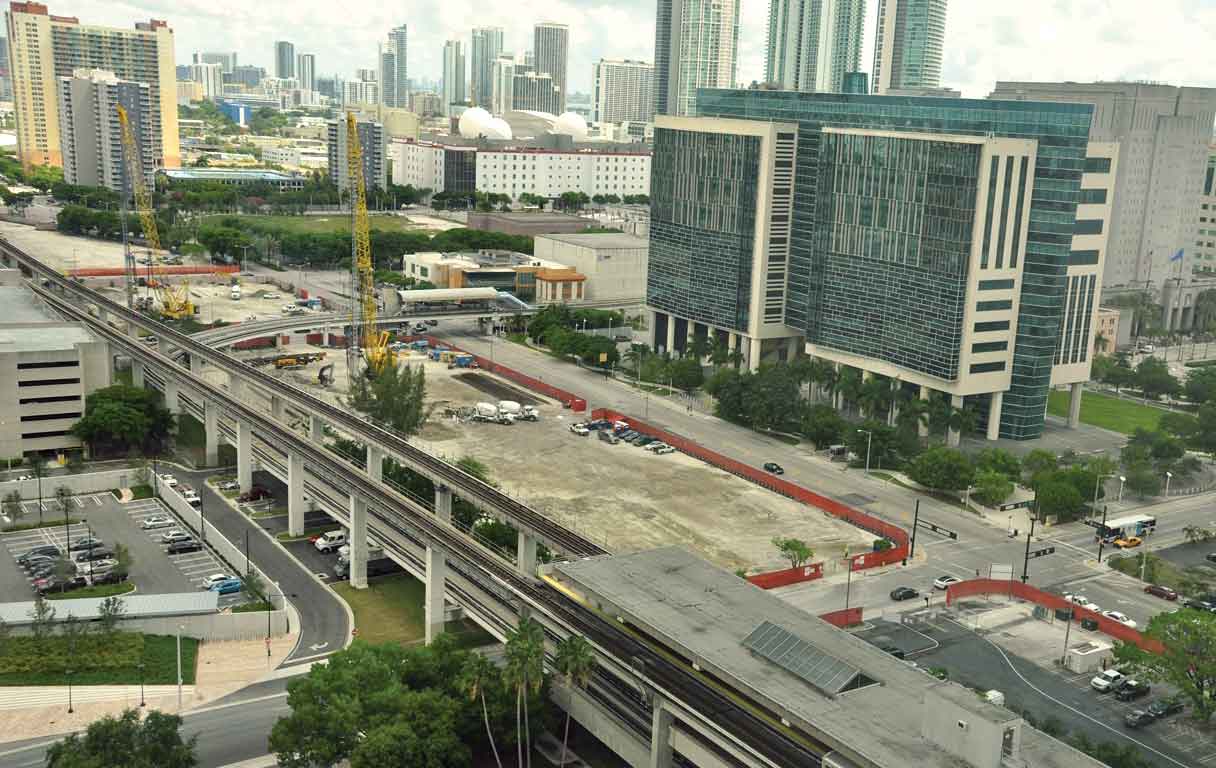 Putting one of the final pieces of a complicated puzzle into place, directors of the Southeast Overtown/Park West Community Redevelopment Agency voted unanimously Monday to contribute $17.5 million for the extension of Tri-Rail into downtown Miami.

“This will be paid by bond proceeds, and we will make sure no bond is issued until the property comes onto the tax rolls,” said Clarence E. Woods III, agency executive director.

MiamiCentral, which will house Tri-Rail and All Aboard Florida terminals, is slated for completion next year, he said.

With a negotiating team led by Keon Hardemon, redevelopment agency chair and Miami commissioner, the agency won many of the perks during negotiations with the South Florida Regional Transportation Authority, which manages Tri-Rail, and All Aboard Florida, Mr. Woods said.

They include minority hiring with a preference to residents of five low-income ZIP codes surrounding the station during construction and when it is open for business. The redevelopment agency will receive discounted advertising on the platforms, and the train operators have promised paid internships and the creation of an entrepreneurial training program for area residents.

“They’re committed to making sure there are jobs for residents, and these are enhanced living wages,” Mr. Woods said.

As part of the development of MiamiCentral – a privately funded multi-modal transportation hub under construction by All Aboard Florida – the addition of two train platforms would allow for connection of the current Tri-Rail passenger service (west of I-95 ending at the airport) to Downtown Miami, as well as provide the facilities needed to support the planned coastal link that will ultimately take Tri-Rail service north along the Florida East Coast Railway corridor to Jupiter.

The total cost to bring Tri-Rail into MiamiCentral station is estimated at nearly $70 million, which is to be borne by the Florida Department of Transportation, City of Miami, both the Southeast Overtown/Park West and Omni redevelopment agencies, Miami-Dade County, metropolitan planning organizations in South Florida, Miami’s Downtown Development Authority, All Aboard Florida, the regional transportation authority and the state.

In May, the city’s Downtown Development Authority agreed to spend $1.3 million over the next three years to support the Tri-Rail extension.

On June 25, Miami city commissioners met as the board of the Omni Redevelopment District Community Redevelopment Agency and authorized a two-year reimbursement grant in            an amount not to exceed $1,875,000 annually ($3.75 million total), to assist with the extension of direct Tri-Rail service into Downtown Miami.

At their meeting July 23, Miami commissioners approved a resolution authorizing City Manager Daniel Alfonso to execute an agreement with the South Florida Regional Transportation Authority and a contribution of $8.347 million to design, construct and finance the Tri-Rail downtown connection.

Tri-Rail Executive Director Jack Stephens told city commissioners that the rail link into the heart of Miami will change the face of transportation for the city and the county.

The commission’s resolution stated, “… the City has determined that it would be in its best interest to facilitate travel between the City and other urban centers across South Florida for the benefit of its City residents and visitors by supporting SFRTA’s extension of its commuter rail service to Downtown Miami.”

All Aboard Florida, the private rail line planned to operate between Miami and Orlando owned by Florida East Coast Railway, offered the regional transportation authority the opportunity to run tracks and Tri-Rail trains into the vast station it is building downtown.

Tri-Rail runs on CSX tracks now, while the planned All Aboard Florida trains are to run on FEC tracks.

One Response to Tri-Rail downtown link picks up steam