Advertisement
The Newspaper for the Future of Miami
Connect with us:
Front Page » Business & Finance » PortMiami cargo nears record 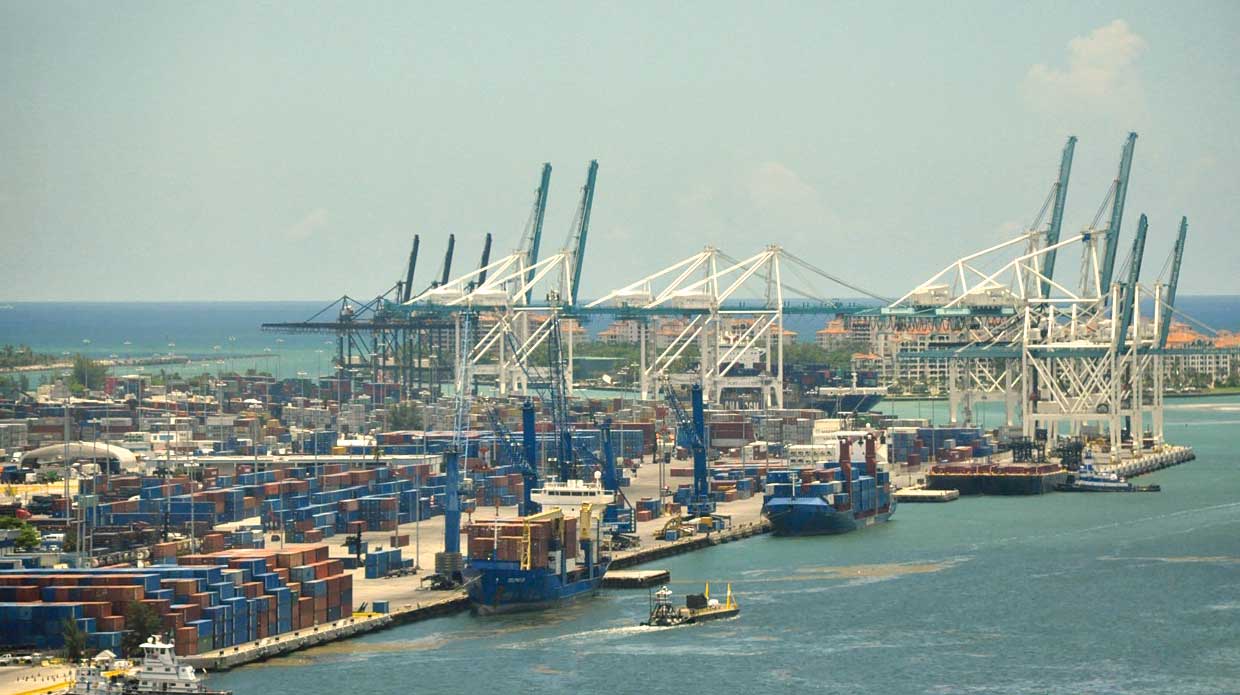 “Ships can pick up and go, and we’ve seen that,” he said.

But now, it’s a one-way route. Ships are coming.

“What is happening now is we have been succeeding in keeping existing business and attracting new services,” Mr. Kuryla said. “We’re hoping that we continue this trend, particularly now that our dredging project will be completed this August.”

He attributes the growth to a series of projects the port initiated to prepare for the Panama Canal’s expansion, to be completed in April. They include the tunnel, purchase of giant cranes, return of on-dock rail service and the latest – dredging.

Once the port finishes deepening its main harbor channel from 42 feet to 50-52 feet, it will be capable of welcoming 14,000-container vessels. The maximum now is 5,700.

Mr. Kuryla said that by adding the right terminal infrastructure, the port will have the capacity to double its cargo over the next seven to eight years. Conservative estimates, he said, show a 3% to 4% annual cargo increase once the Panama Canal is in full use.

“Realistically,” he said, “we could probably add a couple of hundred thousand [containers] over the next four to five years.”