Advertisement
The Newspaper for the Future of Miami
Connect with us:
Front Page » Transportation » Transit team told ‘Think small’ 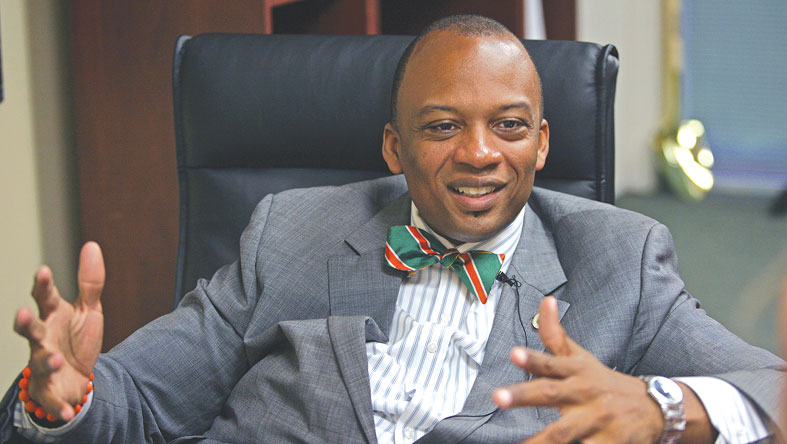 While many grand plans – and ways to pay for them – were discussed at Monday’s Fiscal Priorities Committee meeting of Miami-Dade’s Metropolitan Planning Organization (MPO), one member asked the committee to think small.

“Let’s look at our mistakes,” said Carlos Hernandez, an MPO board and committee member who is mayor of Hialeah. “We need little wheels.”

While the Metrorail runs through his city, residents have a problem getting to stations from home and from stations to their destinations, he said.

“They can’t get from the train station on East 21st Street to City Hall on East Fifth Street,” he said, particularly if they are elderly. “How are we going to make transit more accessible for them?”

He was describing what’s known as the last mile – the distance between a rider’s home to rapid transit, and from rapid transit to the destination. It is perceived to be a significant challenge to ridership, observers say.

“This affects how residents move around their city,” said Oliver G. Gilbert III, MPO board and committee member who is mayor of Miami Gardens. “This shouldn’t just be for someone who flies in and wants to take the Metrorail,” he said, referring to the Airport Link that allows travelers to use the rail. “People want to go to City Hall. But I think this is better suited to do on the municipal level.”

“In South Florida, we need to look at better coordination of the circulators,” said Daniella Levine Cava, county commissioner, MPO board member and committee chair. “The trolley works well in Coral Gables,” she added, referring to the free service that connects the Douglas Metrorail station with Ponce de Leon Boulevard as it runs through the city’s downtown. Every day, more than 5,000 commuters use the trolley, according to that city’s website.

Mr. Levine Cava agreed that the committee needs to discuss last-mile issues, and added it to the agenda of the next meeting, tentatively scheduled for July 27.