Advertisement
The Newspaper for the Future of Miami
Connect with us:
Front Page » Education » Neuroscience probes financial decisions 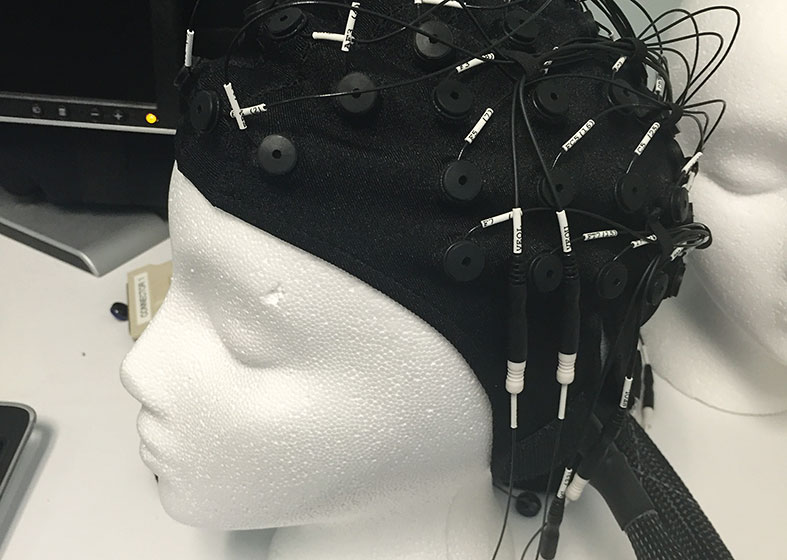 Join the two fields together, however, and you have the emerging field of neurofinance, which is the study of the neurological reactions that occur when one is making financial decisions.

For example, what areas of the brain are activated when choosing between two mutual funds? Alok Kumar, financial department chair at the University of Miami School of Business, is exploring the relationship between the brain and finance at a new neurofinance lab he and colleagues have set up at the university. The lab, equipped with six computers armed with an electroencephalography (EEG) or eye-tracker machine, runs experiments on recruited finance students.

The EEG creates a picture of the electrical activity of the brain, and the eye-tracker measures up to one-hundredth of a second what piece of information one’s eyes are focused on. Compared to a functional magnetic resonance imaging (fMRI) machine, an EEG is a lot less costly – about $60,000, compared to the $3 million it can take to set up an fMRI. Once installed, an EEG runs experiments at a very low cost, making a lab such as this one possible.

Finance is based on metrics. An example of an experiment that would take place within the lab would be to show finance students a video meant to alter their emotional state – such as a cheerful or fearful movie – then ask them to make a financial decision. The lab staff would then observe if different decisions are made depending on what emotional state one is in.

While Mr. Kumar reigns from the financial side, Brian Arwari is the brain guy. Mr. Arwari, with the exercise physiology program at UM’s kinesiology and sport sciences department, has been conducting the first experiment in the lab.

“Money doesn’t exist in nature,” Mr. Arwari said. “When a person says, ‘I’m going to save 20% of my paycheck to put into a retirement account,’ is that the same part of the brain a squirrel would use to put away nuts for the winter?”

Because no financial realm exists in nature, he said, when making financial decisions individuals leverage parts of their brains meant for other purposes.

“We’re trying to figure out what parts of the brain we use today to make financial decisions, what they were originally intended to do, and the consistency they have,” he added.

The experiment Mr. Arwari is working on now is based on associations with race and ethnicity. If one decides to invest in a fund, the decision should be based on past performance. Given two institutions with the same metrics, the name of the person who runs it shouldn’t matter.

In the lab, students are being asked to characterize individuals as honest, transparent, deceitful or cunning by simply looking at their names. The students are told that all the names given are of second-generation Americans whose grandparents are from another country. In the case of choosing between an American-sounding name, such as William, and a foreign sounding name, such as Mohammad, Mr. Arwari said partial results have shown the name influences the students’ decisions. For example, students would rather invest in an institution that is run by a “William.”

UM hosts an annual conference in behavioral finance, the overlying umbrella under which neurofinance falls.

In the past decade or so, Mr. Kumar said, neurofinance has become one of the hottest areas in finance.

UM is the only local school with such a lab, but neuroscience has been garnering interest from professors throughout the county.

Although no such course is offered at Florida International University, finance professor Robert Daigler has meddled with research in the field. Mr. Daigler believes neuroscience may lead to better understanding of the booms and busts of economic cycles.

At Barry University, Stephen Morrell, a professor of economics and finance, is involved in research in the field as well. Mr. Morrell is currently exploring the difference between how new markets operate and the way older established ones work, or how the neuroscientific behaviors of existing markets can be applied to emerging markets.

Right now, a Ph.D. course in neurofinance is offered at UM, but no undergraduate course exists. Mr. Kumar predicts that will change.

“I think it’s going to grow tremendously,” he said.