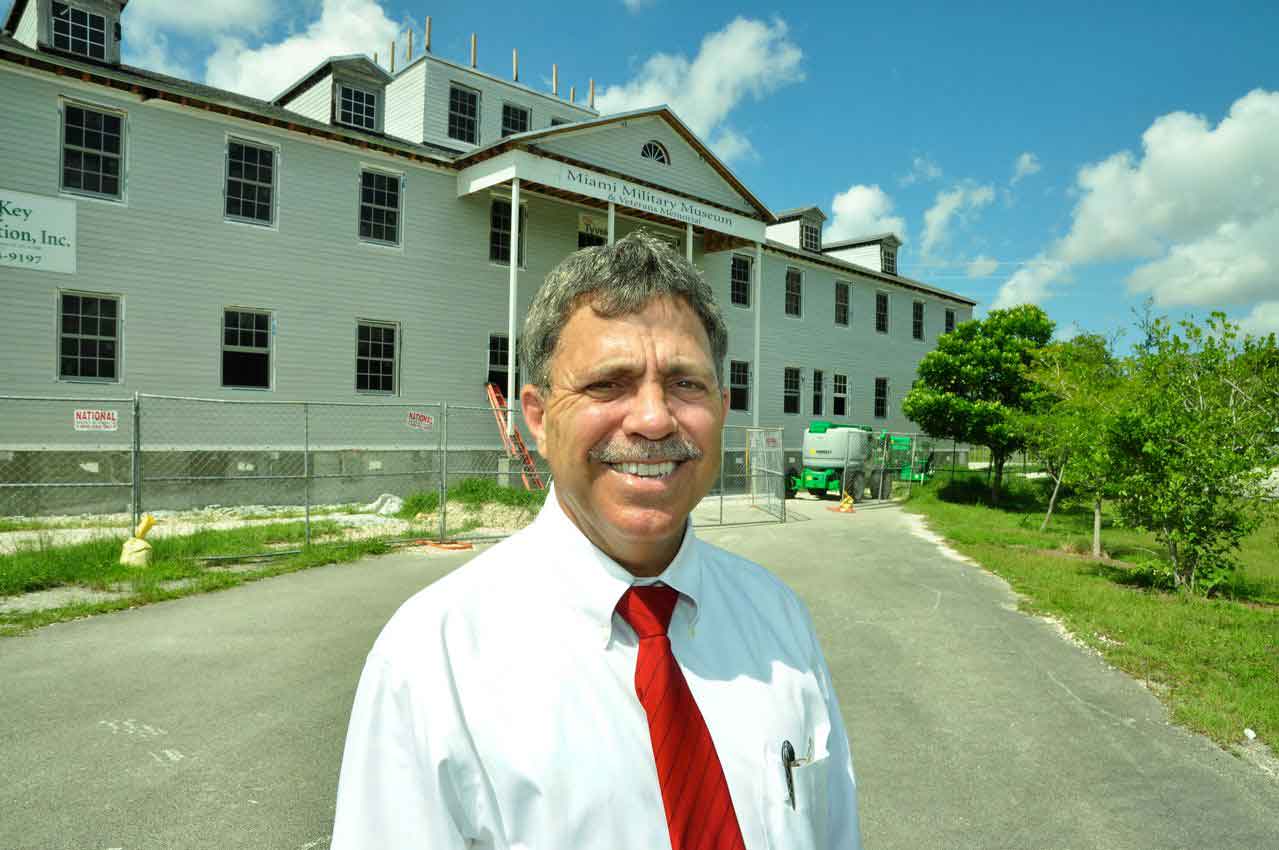 The South Florida Military Museum suffered another setback last week when Gov. Rick Scott vetoed $1 million in state funding that would have allowed it to finally open its doors, said Anthony Atwood, a Navy veteran who has led the fight to open the museum since 2007.

Work will continue on equipping the historic building that will house the museum with basic utilities, Mr. Atwood said. It was built in 1941 as the operations center for a Navy blimp base in Richmond Heights but was moved to its current location on the grounds of Zoo Miami in 2010. Mr. Atwood said workers will be installing plumbing, electrical wiring and air conditioning with funds from Miami-Dade County until summer’s end.

State funding would have allowed the museum to open its first floor later this year, a milestone that Mr. Atwood said is critical. If his museum were open, he said, he would be able to attract donations, volunteers and investments much more easily.

“Once you’re open you’re basically home free,” Mr. Atwood said. “But banks don’t invest in gambles, and what we have isn’t a museum. It’s a half-finished construction project.”

The military museum was one of 450 items Gov. Scott slashed on his way to cutting $461 million out of the state budget. In his veto message, he said that the museum, and 14 other cultural projects he grouped with it, “did not go through the established competitive review process where projects of this type are ranked and recommended based on measurable outcomes.”

Without funding, further progress on the museum has been stalled. Mr. Atwood said the building won’t be ready to host exhibits or the Florida Conference of Historians, which the museum was tentatively set to hold in 2016. Memorials that military families were planning to put up in honor of loved ones who died while serving are also on hold.

Mr. Atwood said that although renovations are running on a shoestring budget, halting work midway through construction may make the $7 million project more expensive in the long run as construction bids expire and prices rise. On the other hand, if the museum were to open, he estimated that its operation costs would be as low as one tenth of construction costs. Mr. Atwood said he doesn’t know where funding might come from in the future.

“Of course we don’t know where we go from here, but we will go on,” Mr. Atwood said. “It’s just something to move around.”

The museum is to highlight the importance of South Florida in military history and the role the military played in spurring South Florida’s development. Mr. Atwood said that having a dedicated military museum in Miami will help local residents remember their roots and honor veterans’ service.