Advertisement
The Newspaper for the Future of Miami
Connect with us:
Front Page » Real Estate » Condo launches slowing 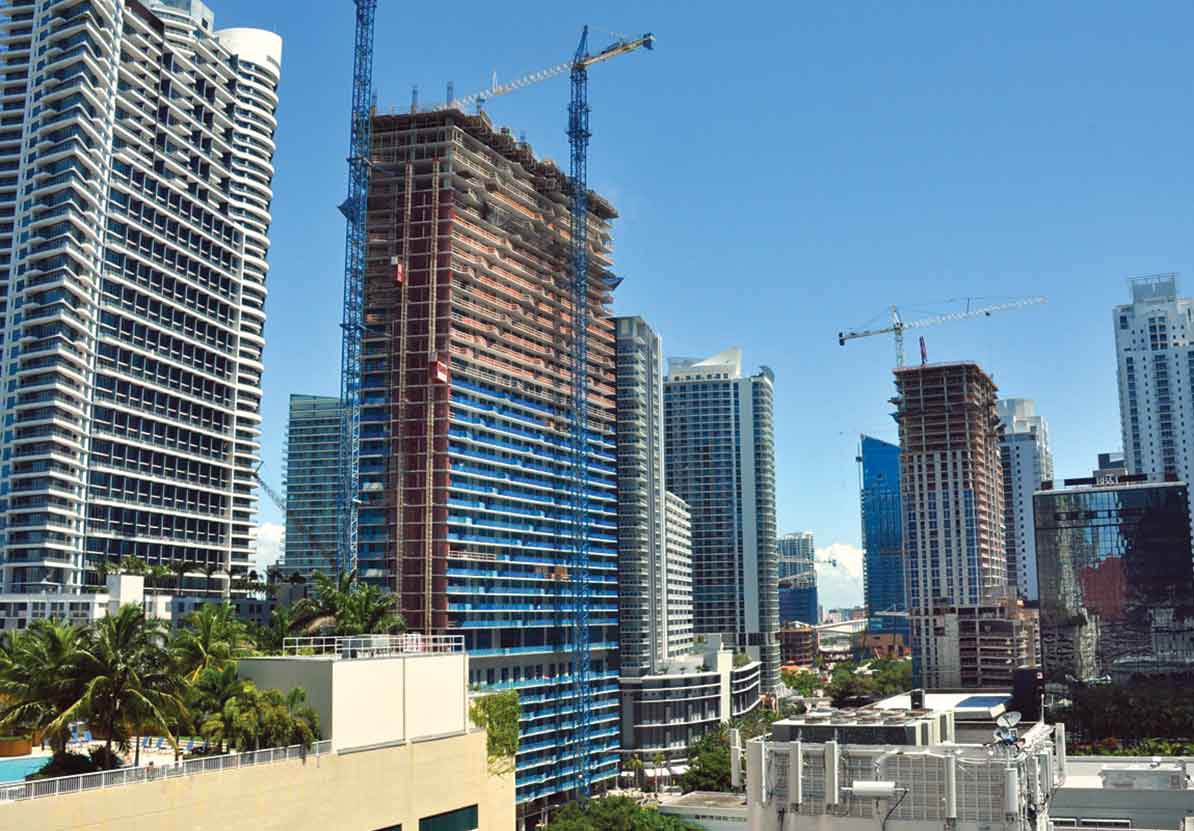 The downtown and Brickell condo market has seen more new units ready to occupy this year than it did this far into in 2014, but the number of units entering the pipeline has slowed, hinting at continued but steadier future growth.

The report for this past quarter showed two significant events that have set precedents for the future of the downtown and Brickell condo market. First, Ion at Edgewater became the first cancelled project, taking about 330 units off the market. Second, Brickell City Centre announced a 15 percentage point reduction in the required deposit from buyers.

Most condo developments now require high deposits from buyers, up to 50% up front, and don’t break ground until they have about 70% to 80% of their units sold.

“I see some jobs not moving forward,” said Carlos Rosso, The Related Group condo development president. “Other projects [will be] thinking twice before they launch because they realize it’s a tough competing market.”

Mr. Graziano said this is how the market will balance itself out.

“They’re all positive, healthy signs that the market is reacting in a logical way to not overbuild,” he said.

Brickell, which remains the most active locale, has opened four condo projects during this cycle: My Brickell and Brickell House in 2014, and 1100 Millicento and Nine at Mary Brickell in 2015, which increased the Brickell market by a total of 1,317 units, according to the report.

Another 3,614 units are under construction, with more than 5,000 units in the potential pipeline  – potential meaning that 4,757 of those remain in the proposed stage, or the initial, conceptual phase of development.

Overall, the downtown and Brickell market is currently being expanded by about 9,700 units, according to IRR’s report. The total potential pipeline for greater downtown – an area that in IRR’s report includes also Edgewater, Midtown and Wynwood – is at 24,850 units. Whether those units come to fruition will depend on presale prices and whether projects will be able to substantially sell their condos upfront to secure financing to break ground.

The number of units under construction has declined by 6% as projects have been delivered this past quarter.

Mr. Rosso said this market is different than the previous cycle because it is supplemented by everything else happening in Miami. Brickell City Centre, All Aboard Florida, the Patricia and Phillip Frost Museum of Science – they’re all pieces to the puzzle that’s boosting real estate in Miami, he said.

Absorption rates are high in terms of new condos put on the market, said Alicia Cervera, managing partner of Cervera Real Estate. The projects represented by Cervera, such as Brickell House, are seeing 90% of their units sold, Ms. Cervera said. The only building that is not substantially sold out is Aria on the Bay in Edgewater, which has about 50% of its units unsold, she said.

“I think we’ll have introduction of new inventory as we get closer to season,” Ms. Cervera said, pointing to an expected increase in activity during July and August, and then in the winter.

The market may be heading in a more luxurious direction, she said. The downtown and Brickell areas have room for higher level luxury options. Ms. Glass, with Douglas Elliman, agrees, citing plans to bring more luxury buyers to that area.