Advertisement
The Newspaper for the Future of Miami
Connect with us:
Front Page » Real Estate » Giant Coral Gables project gets ‘Go’ 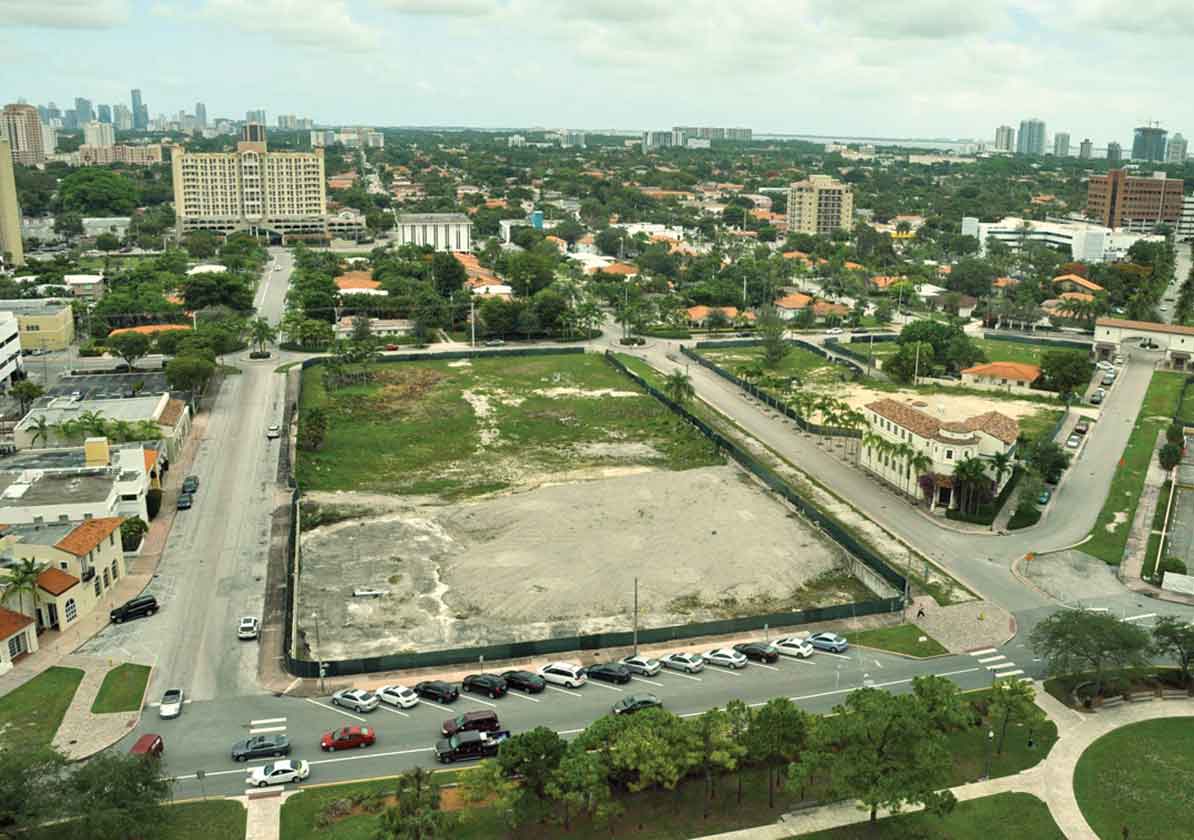 The developers of Mediterranean Village at Ponce Circle finally have the go-ahead from the Coral Gables City Commission for their mixed-use project after years of work that included 20 public meetings, others before various boards, peer reviews and conversations with city staff as well as business and neighborhood associations.

Last week, commissioners unanimously approved the project “in concept” but disagreed, 3-2, on allowing the main building’s height of 218 feet to accommodate a two-story, roof-top restaurant. Vince Lago and Jeannett Slesnick cast the opposing votes, voicing concern about a building higher than the 190.5 feet of habitable space the city currently allows.

Should the two-story restaurant not work out as planned, developer Agave Ponce LLC is to come back to the commission for acceptance of another use.

When the commission voted approval of the $500 million project on first reading April 2 with conditions, 18 issues were to be addressed and each has been resolved, said attorney Mario Garcia-Serra, who represents the developers.

At the start of the eight-hour special meeting June 10, Mr. Garcia-Serra highlighted changes, including reducing size and massing by eliminating 109,798 square feet; reconfiguring the entry for the hotel driveway so that it’s off of Malaga Avenue instead of Ponce de Leon Boulevard; adding plazas and open spaces; and lowering the scale of buildings near the Art Center Building, a central feature in the project, to give it more prominence.

Prior to the commissioners’ first reading, the developers had already agreed to eliminate a movie theater, daycare center and third residential tower.

Now, the project on 6.74 acres – a few blocks south of Miracle Mile and the central business district – has about 300,000 square feet of retail and restaurant space and about 300,000 square feet of office along with the 184-room high-end hotel and about 230 residential units. The development agreement has been further refined to better define the public benefits and off-site improvements, including a $1.4 million contribution for police and fire services.

The developers are giving the city $27,829,000 in public benefits. All are above and beyond what the code presently requires: an additional $2.7 million for art in public places, along with the required 1% of construction costs ($5 million); $2 million each for neighborhood streetscape east and west of the project, Ponce de Leon (north); $125,000 for University Drive streetscape (south); $200,000 for Santander Avenue streetscape; $1.5 million for publicly accessible rooftops; $16,990,000 for trolley service enhancement; $100,000 for a trolley stop; $100,000 for bicycle support facilities and parking; and $114,000 for electric vehicle charging stations.

“Mediterranean Village will be a centerpiece project, along with the Miracle Mile streetscape improvements, for the resurgence of downtown Coral Gables,” Mr. Garcia-Serra told Miami Today. “The project’s residences and shops will bring new customers to all Coral Gables businesses and will provide an increased variety and quality of retail and service options to existing Coral Gables residents.”

He said the office component will add “more prestigious names to the city’s already impressive roster of major multinational office tenants.” Most importantly, Mr. Garcia-Serra said this project will be well incorporated and welcomed into the area.

“As is indicated by the many generous financial commitments that Agave Ponce is making to improve neighboring residential areas, control car traffic and enhance trolley transit and accessibility by cyclists, this project will be a ‘win-win’ for the developer, the neighboring residents, and the community as a whole,” Mr. Garcia-Serra said.

According to a July 2014 fiscal impact analysis by economist Hank Fishkind of Fishkind & Associates Inc., the project would generate an estimated $3.9 million in net annual tax revenue to the city, generating 16,600 construction jobs and 2,700 permanent jobs. The data were based on a previous and slightly larger development program but are close enough to provide a good estimate, Mr. Garcia-Serra said.