Advertisement
The Newspaper for the Future of Miami
Connect with us:
Front Page » Healthcare » Shining a spotlight on health’s uninsured

Shining a spotlight on health’s uninsured 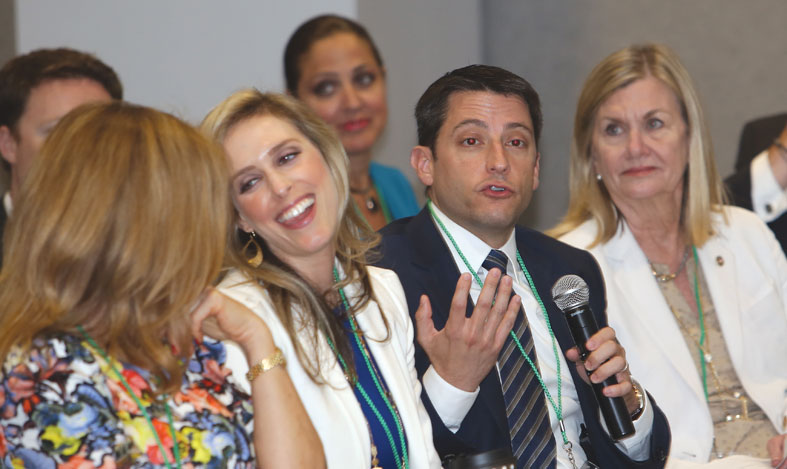 A woman passed a blind man on the street holding a sign asking for assistance and changed his original “I’m blind. Please help” to “It’s a beautiful day. I can’t see it.”

Stephen H. Siegal shared this story with those at the healthcare committee workshop during the Greater Miami Chamber of Commerce’s annual two-day goals conference to stress what the man’s condition means for his quality of life.

“We need to have a commonality of language,” said Mr. Siegal, an attorney of counsel in the Miami office of Broad and Cassel and vice chair of the committee. “We don’t yet have that to humanize what’s happening to those without access to healthcare.”

To that end, the committee will look into a half-day summit open to the business community where the uninsured can share their experiences.

Given the fight in Tallahassee over Medicaid expansion, workshop attendees agreed the committee needs “a commissioner of common sense” to point out the obvious in ways they have not yet been successful.

Healthcare is on the forefront of the special session taking place right now, said Jessi Berrin, director of government and community relations for Baptist Health South Florida. Legislators want to be re-elected, she said, urging everyone in the room to put pressure on their representatives to protect funding for the uninsured.

The workshop was Thursday, a day before the House rejected a Senate plan that sought a waiver under a privately-run health insurance plan called the Florida Health Exchange.  Also termed FHIX, the plan would have allowed low-income residents in the state to buy subsidized private insurance from a new state exchange of the federal exchange under the Affordable Care Act, paid for with Medicaid expansion money.

It’s a precarious time in Florida to be an uninsured individual or a not-for-profit hospital. Ms. Berrin said Gov. Rick Scott’s Commission on Healthcare and Hospital Funding will meet in Miami July 13 with hospitals he feels are not doing well.

The governor established the nine-member commission to examine ways government spending on healthcare could be more efficient. In late May, the commission began examining the financial records of hospitals reimbursed by government for treating low-income patients.

“We have people who are against the ACA but we have the largest number using it,” Ms. Berrin said. “I’m not sure everyone is fully understanding what this will be like for them if the money goes away.”

Moving forward, workshop attendees said, the committee should convene people, including elected officials and media, to explain the structure of how healthcare issues are unfolding now.

Other suggested goals for 2015-2016 include looking at ways to handle mental health and substance abuse; advocating increased coverage for wellness modalities such as nutrition, massage, yoga, and exercise; working with the chamber’s technology committee to examine cyber crime in healthcare, one of the main targets due to the amount of information medical facilities maintain; and supporting increased care for Alzheimer’s, dementia and other senior health issues.

It’s a horrible day for anyone who has been forced to take a parent’s car keys away, Mr. Siegel said. For anyone faced with helping aging parents while juggling the demands of caring for children still at home, the Greater Miami Chamber of Commerce’s healthcare committee is holding a forum June 18 on ways the “sandwich generation” can balance caregiving and careers.

In coming days, the committee is to cement the five goals for 2015-2016. Those wishing to add ideas can contact Tania Valenzuela, (305) 577-5491 or tvalenzuela@miamichamber.com