Advertisement
The Newspaper for the Future of Miami
Connect with us:
Front Page » Top Stories » Miami, Key meeting on Marine Stadium 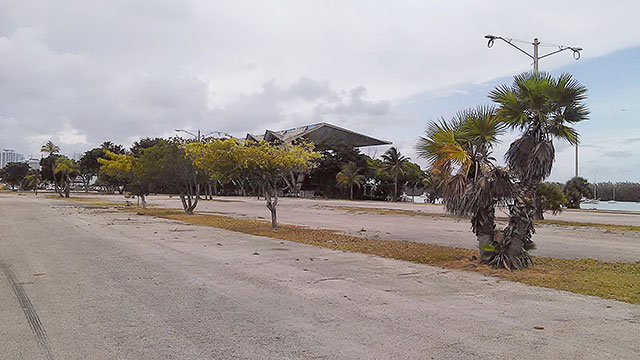 The intensity of use on Virginia Key will be one of the major topics to dominate a joint meeting of neighboring municipalities in the struggle over what to do with Miami Marine Stadium Park.

The joint public meeting of the Miami City Commission and the Village Council of Key Biscayne is set for 10 a.m. to 2 p.m. June 16.

The city’s plans to spend more than $16 million to develop a flex park around Miami Marine Stadium on Virginia Key has led to sharp words and litigation between the neighboring governments.

The flex park plan is part of the city’s license agreement with the National Marine Manufacturers Association to bring the popular Miami International Boat Show to Miami Marine Stadium Park in February 2016, and perhaps longer.

In general, Key Biscayne officials feel they’ve been ignored through this process and continue to criticize development on Virginia Key, saying it will worsen an already traffic-choked Rickenbacker Causeway, the only road in and out of the village island.

A notice posted by the city about the joint meeting states: “The purpose of the meeting is to seek resolution of a conflict between these governmental entities arising out of a lawsuit filed by the Village of Key Biscayne against the City of Miami involving improvements to the Marine Stadium property.”

The meeting is public.

Even in the face of continuing tensions with Key Biscayne seen at Miami’s commission meeting May 28, Commissioner Francis Suarez took a hopeful tone.

“I believe in my heart we will come to a solution,” Mr. Suarez said, referencing the June 16 meeting.

City officials have been wrestling for some time with ways to best restore and reopen Miami Marine Stadium.

The city manager and his staff were also told to review funding options for renovating the concrete stadium, idled since Hurricane Andrew in 1992, and explore long-term leasing of the stadium and Marine Stadium Park.

The duration of events and the intensity of those possible future uses have been a touchy subject for months.

On May 28, Commissioner Marc Sarnoff finally cast a ‘no’ vote when it came to a proposal for staging infrastructure to be buried underground to accommodate large event tents.

The commission was asked to approve of the installation of anchors and custom baseplates to correct topography and soil conditions at Virginia Key, specifically at Marine Stadium Park, for the tenting structures required for hosting the boat show, with Eventstar Structures.

If approved, Eventstar would make an “in-kind donation of the installed custom baseplates valued at $350,000,” and the city manager would be allowed to execute a 10-year concession agreement with Eventstar for exclusive provision of tent structures at the site.

Mr. Sarnoff equated the stadium to “a very shining bright light,” and “we’re all fireflies attracted to it.”

He was onboard with plans to negotiate directly with the boat show producers, he reminded colleagues. When he learned the organization might tie up Marine Stadium Park for three to four months, Mr. Sarnoff said, he objected, but he was later persuaded to vote favorably for the arrangement when assured the property would revert to open event space – soccer fields – 31 days after the boat show cleared the site.

“But today we are setting the very groundwork for further events and doing so by saying we’re taking a percentage,” said Mr. Sarnoff.

“I’m not going to vote for this. You have essentially set the stage … for further events,” he said.

Mr. Sarnoff said the proper thing would be defer the Eventstar proposal.

“I think we defer this for two months, go through the process with Key Biscayne… give them assurances, see if we can right this wrong. If we can’t, so be it,” he said.

When the vote was taken on the Eventstar proposal, Mr. Sarnoff cast the lone ‘no’ vote.

“This still benefits the city, on the infrastructure side and the revenue side,” Mr. Suarez said before the vote.

“This action seems to me to take it into a 10-year pattern,” said Mr. Gilbert. The company installs the infrastructure in the ground at its expense “then expects something for the next 10 years.”

“We discussed it, and we’re in a long process to determine the intensity – or lack thereof —– of the site. This will not prejudice the discussion, or predispose us to action. We don’t know what we’re going to get out of this,” Mr. Suarez said of the Eventstar proposal.

“The intensity of use is the issue we will be discussing at a joint meeting June 16. I look forward to that. Hopefully we make a tremendous amount of progress, and not limit ourselves in creativity, including becoming a partner [with Key Biscayne] in the future,” Mr. Suarez said.