Advertisement
The Newspaper for the Future of Miami
Connect with us:
Front Page » Top Stories » Apartment tower to link booming districts 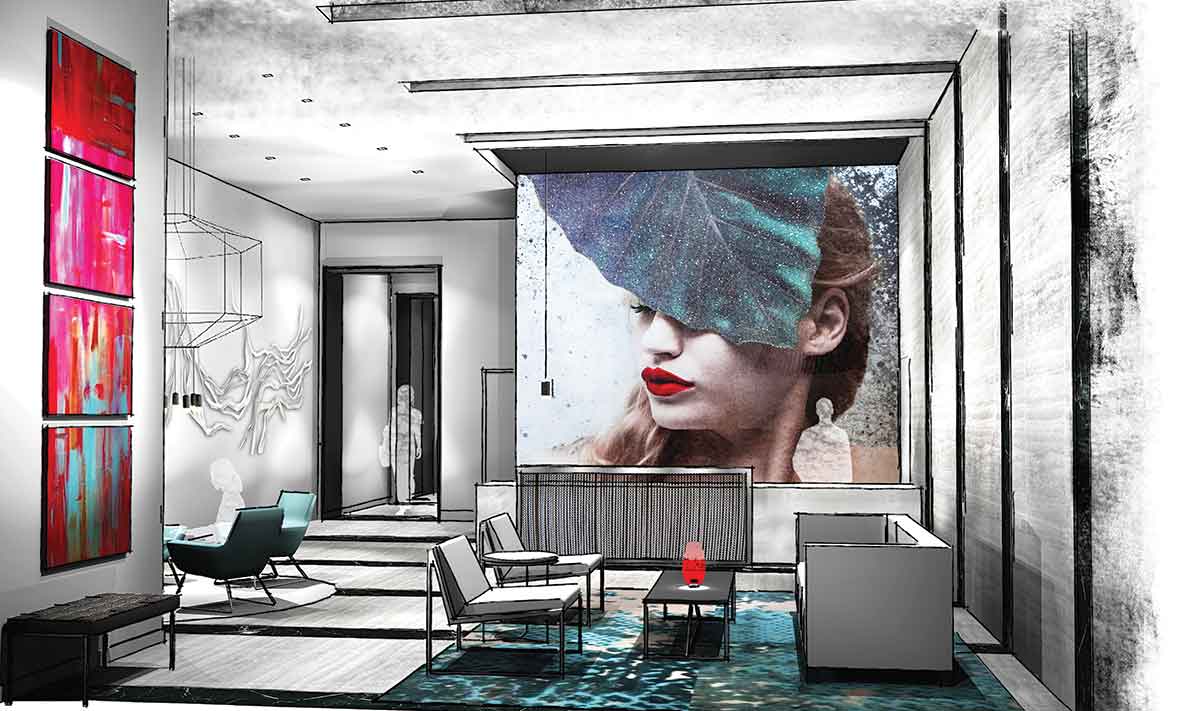 Site work has commenced on a transitional project set to bring nearly 200 rental apartments and new retail shops to Miami as it connects Midtown with the Design District.

The neighboring Wynwood Arts District is also listed as playing a role in the design concepts employed for District 36.

The 19-story tower, rising on a vacant lot at 3635 NE First Ave., is to feature 195 rental apartments, 61,500 square feet of retail and restaurant space on the first and second levels, four floors of enclosed parking, plus an amenity and pool deck.

The retail space on the ground level will be designed with up-lit storefronts to encourage pedestrian flow and link these two highly active areas of the city, according to the developer, MREG NE36.

“District 36’s ideal location will serve to unite two of Miami’s most dynamic neighborhoods,” said architect Jonathan Cardello, senior principal, ADD Inc., now with Stantec. “We are extremely pleased to be part of such an exciting new venture.”

The Design District and Wynwood inspired the city-chic interior design concept of the building, said Mr. Cardello. Urban elements will be combined with modern design to create a stylish yet sophisticated environment, he said.

The lobby’s interiors will feature contrasting cream and black stones and art installations behind the reception desk to create a dramatic entrance, said the architect. Design details such as metal chains, custom color rugs, stone-patterned walls, glistening custom art and sleek pendants add to the city-chic design, he said.

The targeted completion date is October 2016.

The city’s Urban Development Review Board had deferred action on the project in December 2014, after some members voiced concerns about parking.

The developer earned a positive recommendation from the board the following month, after members were convinced ample parking would be provided.

District 36 is designed with a parking garage providing 422 spaces. The developer gained approval to reduce required parking by up to 10%, a reduction of about 50 spaces. Other waivers include allowing one industrial-size loading berth instead of two commercial-size loading berths, and allowing parking above the second story.

District 36 is considered a connector project because it is on the northern end of Midtown just south of I-195 and the Design District, and close to Wynwood.

Attorney Iris Escarra, representing the developer, had argued the project could make do with the reduced parking because it is near the Design District, where lead developer Dacra is building multiple parking structures, and because the site is near public transportation.

Mr. Cardello argued that the project’s central location, where multiple interesting destinations can be reached on foot, encourages walking.

District 36 is to include one-, two- and three-bedroom units. The L-shaped building is to be positioned on the site in an effort to keep most of the square footage away from the highway.

The south elevation is to have continuous retail uses, which then will wrap around the corner of Northeast 36th Street and First Avenue.