Advertisement
The Newspaper for the Future of Miami
Connect with us:
Front Page » Real Estate » Doral becomes high-end office haven

Written by Catherine Lackner on May 12, 2015
Advertisement 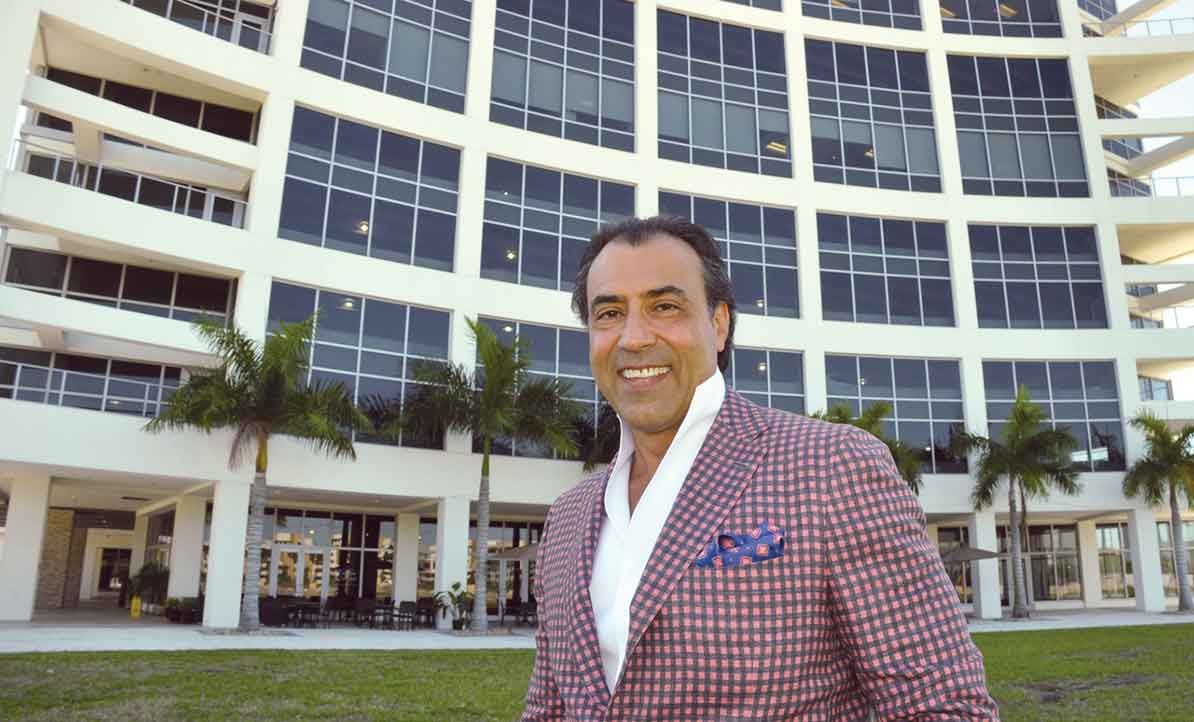 The West Dade office market, which years ago comprised buildings near Miami International Airport with small pockets near Dadeland and Kendall, now has coalesced around the Doral area, observers say, where class A space is in strong demand.

“We have the only true class A building in Doral,” said Masoud Shojaee, president and chairman of the board of Shoma Group, referring to One Park Square, part of the 51-acre mixed-use Park Square complex.

“The West Dade market is very unique,” Mr. Shojaee said. Its base formerly was logistics firms and others who need quick airport access, but that has enlarged to include other businesses that are drawn by the area’s proximity to the Florida Turnpike and state roads 826, 112, 836, as well as I-75.

Another office building is planned and will be delivered in less than three years, Mr. Shojaee said. It will definitely be a class A structure. “We have too much class B in Doral, and we are not interested in class B. Our project will be unique,” he said.

The area will only get more attractive with the addition of Park Square, Mr. Shojaee said. “What was lacking was mixed-use.” The retail component of the project is 70% leased, and the company expects to pull permits for it within 45 days. Tenants include a Fresh Market grocery store, Segafredo restaurant, a sushi bar, a CinéBistro luxury dinner and movie theater, and others.

“We’re spending a lot of money on a central fountain area with lighting and computer-generated music shows,” he said, which will be reminiscent of the Bellagio hotel in Las Vegas. “It’s very exciting and will be a huge asset for Doral.”

Shoma had the complex on the drawing boards before the 2008 downturn but had to postpone it, he added, but now the time is right.

“Doral is a rich city; there is a lot of job growth here,” Mr. Shojaee said. “The city is working hard to transform it into a mini Brickell, and it will happen.”

“In the past few years, there has also been an explosion in residential,” she said. “Given what’s happened with traffic, people who live in certain neighborhoods don’t want to go east and battle the congestion. They’re staying a little more within their community.”

Notwithstanding that, the Doral market is strong because of its connection to highways throughout the tri-county area, Ms. Blanca said. “It is a great base for employment, especially if you have employees who live everywhere from Southwest Broward to Homestead.”

Harley-Davidson USA, she added, just moved from Miramar to One Park Square. Market demand will remain strong, she predicted. “There are barriers to entry, because there is very little land.”

Rates for class A space are about $35 per square feet gross, and around $28 per square foot for class B. “There have definitely been increasing rents in the market,” she said. “I think this year we’ll see we’re in very tight market, especially with no new office construction underway.”

The tightness of that market might benefit office space nearby, including Lennar Corporate Center, at the State Road 836 extension and the Florida Turnpike.

“What’s great is the location; that has always been its biggest strength,” said Douglas Okun, senior vice president at Continental Real Estate Companies, the leasing broker. “One of the amazing things is that we’re now getting some decision-makers who live in Doral and who don’t want to travel far. Here, you’re on the outskirts with a strong amenities base but you’re not having the congestion of downtown Doral.”

The four-building, 290,000-square-foot complex was built about 20 years ago by the Lennar Corp., which is still the anchor tenant. The class B space fetches rents of about $25 per square foot, full service. It is 97% leased now, and even in the economic downtown, occupancy hovered in the low 90% range, Mr. Okun said.

“Tenants out here understand the traffic patterns,” he said. “Traffic congestion and how to reduce their employees’ drive times is a top priority for people when they’re choosing offices.”