Advertisement
The Newspaper for the Future of Miami
Connect with us:
Front Page » Healthcare » Health firm leasing in ballpark garage 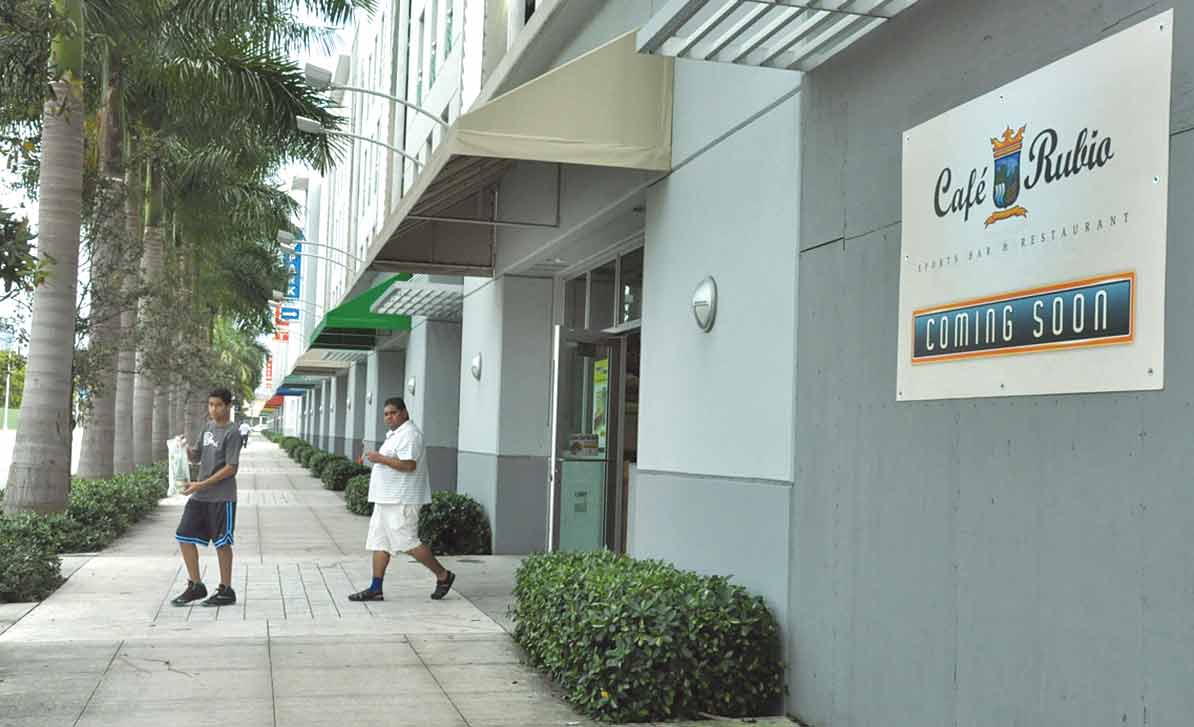 After a long stretch with no hits, the Miami Parking Authority has connected with a health care company that will bring medical services to the parking garages hugging Marlins ballpark in Little Havana.

The deal is a major commitment to use a large portion of the more than 53,000 square feet of retail space in three of the four garages the city built around the county-owned stadium.

Authority CEO Art Noriega said the Wellmax deal “really fits in” to the emerging use of medical arts along Northwest Seventh Street.

Wellmax Medical Centers is expected to be a neighboring use to a dialysis center planned in another of the retail units on Northwest Seventh Street.

Mr. Noriega said the focus on filling the empty retail space that faces inward toward the stadium is to get restaurant or entertainment uses.

Each year the annual base rent is to rise 3%.

Wellmax agreed to remodel the interior and exterior “in accordance with approved plans and specifications.” The authority agreed to pay Wellmax a construction allowance of $2.1 million or $150 per square foot, whichever is less, according to the lease.

If the lease were to end early because of a default, Wellmax would have to reimburse the construction allowance based on a formula using the length of lease prior to termination.

Wellmax would end up reimbursing a portion of the construction allowance via a finance charge in monthly installments of $14,849.17 in return for the authority financing part of the improvements. The repayment was calculated at $1.4 million amortized over 10 years at 5% interest, according to the lease.

The space negotiated is about 14,000 square feet, with the right to use 50 parking spaces at $65 a month per space. The agreement is for 10 years with two additional five-year periods.

Last year the parking board agreed to a separate ballpark garage lease with Bio-Medical Applications of Florida Inc., doing business as Dade Dialysis Center, for 9,338 square feet at 1402 NW Seventh St. as an outpatient dialysis facility with medical, office and administrative uses.

The lease for the dialysis center is for 10 years, with two five-year renewals.

The dialysis center has yet to open.

Others that have signed leases and are expected to open in the garages include a Florida Department of Highway Safety and Motor Vehicles branch location and Café Rubio, a Latin restaurant and sports bar.

The parking agency continues to hope for new tenants to fill the largely vacant space. The lack of tenants has a financial impact on the city, which planned to use rental income at the garages to add to $10.06 per parking space that it gets from the Marlins, as the organization resells parking for game days, to repay bondholders who financed construction of the garages. Those bonds were issued for $101.3 million in 2010.