Advertisement
The Newspaper for the Future of Miami
Connect with us:
Front Page » Transportation » State OKs cutting Biscayne Boulevard lanes 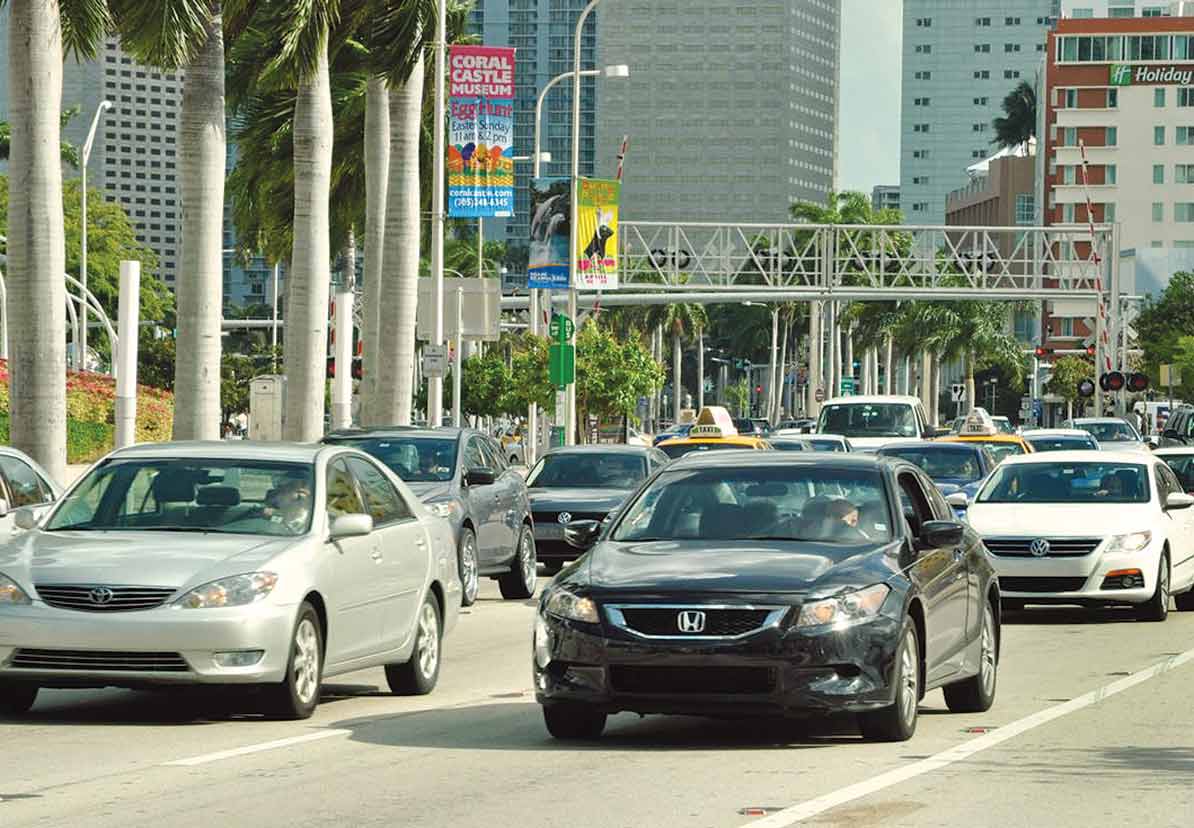 A plan to re-do Biscayne Boulevard being advanced by Miami’s Downtown Development Authority (DDA) has the tacit approval of the Florida Department of Transportation, though the former, not the latter, will continue to lead the project.

“As state transportation partners, we find the DDA’s vision to be pedestrian friendly, aesthetically pleasing and in line with the department’s Complete Streets vision,” said Gus Pego, secretary for the state road department’s District Six, which encompasses Miami-Dade and Monroe counties, via email.

Complete Streets, initiated in 2003, “encourages street connectivity and aims to create a comprehensive, integrated network for all modes” of transportation, including walking and bicycling, according to the transportation agency’s web-site. It also says roads should be safe for people of every age and level of mobility.

Newly christened Biscayne Green, the downtown author-ity’s project would narrow a stretch of Biscayne Boulevard from Northeast Eighth Street south to Biscayne Boulevard Way, reduce driving lanes from eight to four or six, and shave parking spaces from 388 to 187 to create room for medians with grass, trees and walkways. It would replace a shared bicycle lane with a dedicated one and widen sidewalks. The cost for the medians was estimated at $24 million.

“From an engineering perspective, we raised some concerns regarding the impact of the proposed lane reductions on one of the city’s busiest thoroughfares,” Mr. Pego added, but overall the state agency, which goes by the initialism FDOT, doesn’t have major objections.

“FDOT is committed to working with our partners – the City of Miami, the Downtown Development Authority and the county – on evaluating this concept and moving a potential project forward. We will work in partnership with the DDA, the city and the county so that any improvement would address the mobility concerns within the central business district that we are hearing today.”

The downtown authority is in the process of building a three-dimensional model that it could use to build its case for the project, said Eric Riel Jr., authority team leader of planning, design and transportation, last month.

There are still obstacles: the downtown group must work with the Miami Parking Authority to trim the parking spaces and reconfigure what’s left.

The plan calls for some parking to be available at off-peak times only.

The authority must also enlist the help of Miami-Dade County to redesign the intersections, develop a phasing plan, then submit construction documents to all relevant agencies. It is also the authority’s task to identify funding for it all.

“We are looking to the DDA and/or the city to be the lead” on the project, Mr. Pego said, and also to address any issues that may arise from the loss of some parking spaces along Biscayne Boulevard.