Advertisement
The Newspaper for the Future of Miami
Connect with us:
Front Page » Healthcare » Nicklaus funding fuels hospital foundation 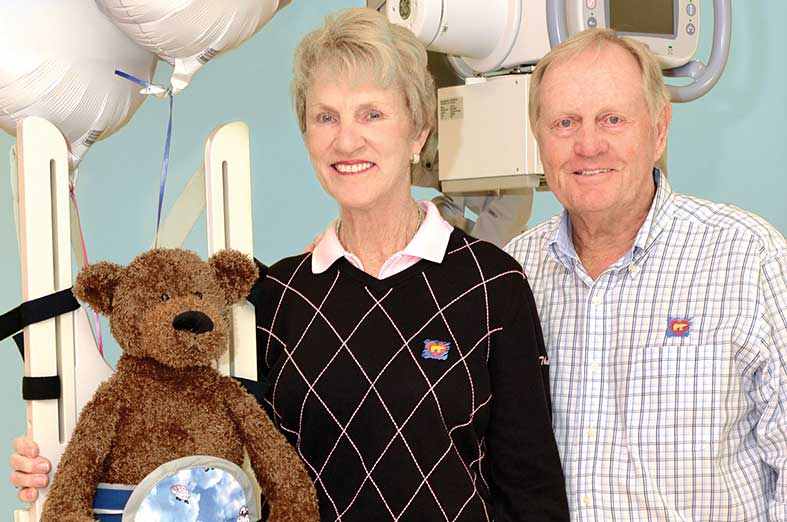 Founded as Variety Children’s Hospital in 1950, the 289-bed private, non-profit freestanding facility treats children from 75 countries and has more pediatric programs ranked among “America’s best” by U.S. News & World Report than any other hospital in Florida, according to a release. It is also home to the largest pediatric teaching program in the Southeast and has been designated an American Nurses Credentialing Center magnet facility.

In addition to enhancing the hospital system’s services and facilities, the gift will propel the hospital’s foundation further toward its goal of raising $150 million by 2017, said Lucy Morillo, Miami Children’s Hospital foundation president and CEO.

“Now that Jack and Barbara Nicklaus have joined as chairs of our Together for the Children campaign, they will lead some of the fundraising efforts to reach and surpass our goal,” she said via email.

The donation will boost a 212,000-square-foot advanced pediatric care pavilion, now in progress, that includes three family-centered intensive-care units. “Funds will also support emergency and  trauma preparedness, and enhance globally recognized centers for excellence at the hospital, including the heart program, the cancer center and the Miami Children’s Brain Institute,” Ms. Morillo said.

“It is only fitting that our flagship hospital and growing network of outpatient centers will bear the Nicklaus name and honor the family mission to impact children and families throughout South Florida,” said Narendra Kini, M.D., president and CEO of Miami Children’s Health System, when the gift was announced.

The Nicklaus family, though its Nicklaus Health Care Foundation, began its relationship with the children’s hospital in 2010 with the creation of the Miami Children’s Hospital Nicklaus Care Center in western Palm Beach County. Two years later, Miami Children’s Hospital Nicklaus Outpatient Center in Legacy Place opened in Palm Beach Gardens, and in 2014, services were consolidated at that facility. Past donations include gifts of more than $5 million in 2010 and $7.5 million in 2014.

The Nicklaus family involvement will push forward the hospital in its fundraising efforts, which will support seven priorities, including the advanced care center, the enhancement of the emergency department, and growth of global and telehealth endeavors.

The foundation – which will retain its name – will continue with traditional fundraising activities, including its annual corporate golf tournament, and the Diamond Ball on Oct. 10. “There are many naming opportunities available within the advanced pediatric care pavilion, the hospital and our eight outpatient centers,” Ms. Morillo said.

“Our celebrity ambassadors have been helping us spread the message,” Ms. Morillo said. “And with the Nicklauses as chairs for our campaign, we can assure everyone that we will not only reach our goal, but exceed it, before 2017.”