Advertisement
The Newspaper for the Future of Miami
Connect with us:
Front Page » Education » Business-students network in works 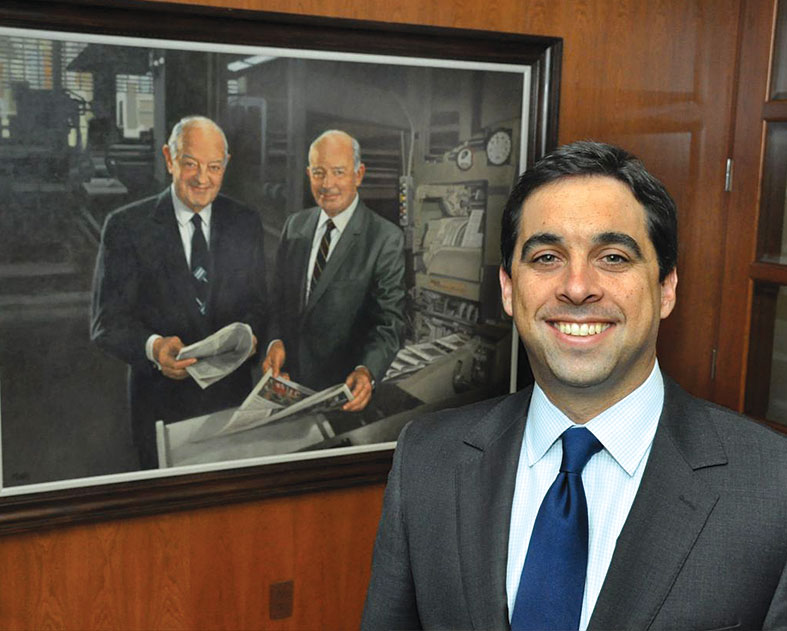 Creating high-paying economic opportunities has been the focus of One Community One Goal since its inception more than two decades ago. But in its most recent iteration, a focus has become how to connect bright, educated people with businesses searching for them.

The Talent Development Network, to be rolled out this year, launches a group of students into the business community with internships, coaching, a network of contacts and the tools they will need to start or go the next level in their careers.

“This is a home run,” said Matt Haggman, Miami program director for the Knight Foundation. He and Nelson Lazo, CEO of Doctors Hospital, took over as One Community co-chairs late last year.

Miami-Dade County has the seventh-largest number of college students in the country, Mr. Haggman said, so there’s no lack of young people who are pursuing educations. But employers lament that they can’t find qualified people to fill positions.

“We want to end that disconnect. It will be an internship program on a giant scale,” he said. “If it’s done right, networking and mentoring among members of the cohort may well be the biggest contributor to its success. Building relationships with others is critical and a very exciting component of this.”

It might be of particular value to youths from underprivileged economic backgrounds, said Mr. Lazo. “It’s a way in, an introduction that they may not have had before.”

Florida International University will play a prominent role in the launch, but all local universities have gotten involved, Mr. Haggman said. The program is an outgrowth of the Academic Leaders Council, an initiative that gathers the presidents of Barry University, FIU, Florida Memorial University, Miami Dade College, St. Thomas University and the University of Miami, along with Alberto Carvalho, superintendent of Miami-Dade County Public Schools, to brainstorm.

“It’s really tremendous to have these university presidents in one room with the single aim of improving opportunities in this community,” Mr. Lazo said. “I don’t think it’s been done before.”

The next step is to recruit businesses people who will hire interns and give them real-life experience, he said. Mr. Lazo, who previously headed One Community’s life sciences and healthcare task force, said he hopes many of the internships will be in technology and in medical fields, which will help keep skilled people here.

“It’s much more expensive if you have to go elsewhere to hire,” he said. Houston has become a medical hub and has drawn many healthcare workers, especially nurses, away from Miami. “If they had better opportunities here to continue their education, they would be more likely to stay. It’s much more cost-effective to [retain] the employees you already have, and support them in continuing their education and building their skills.”

The need for technology workers is great, Mr. Lazo said. “In my hospital, nearly everything we do is tied to tech.” From medical record-keeping to robotic surgery, he said, endless innovations require people with specialized knowledge to understand the technology that supports the tools.

Young college students are ideally suited for the field, he said. “They live it; they’ve been around technology their whole lives. It’s natural to them.”

With the second-highest growth rate nationally in college-educated young people, Mr. Haggman said, Miami’s brain drain could be a thing of the past, provided the talent-to-careers disconnect can be eliminated.

“We have terrific urban living, and a growing downtown population of people ages 25 to 34,” Mr. Haggman said. “We now have a case to be made.”