Advertisement
The Newspaper for the Future of Miami
Connect with us:
Front Page » Education » Major Science Museum gifts in wings 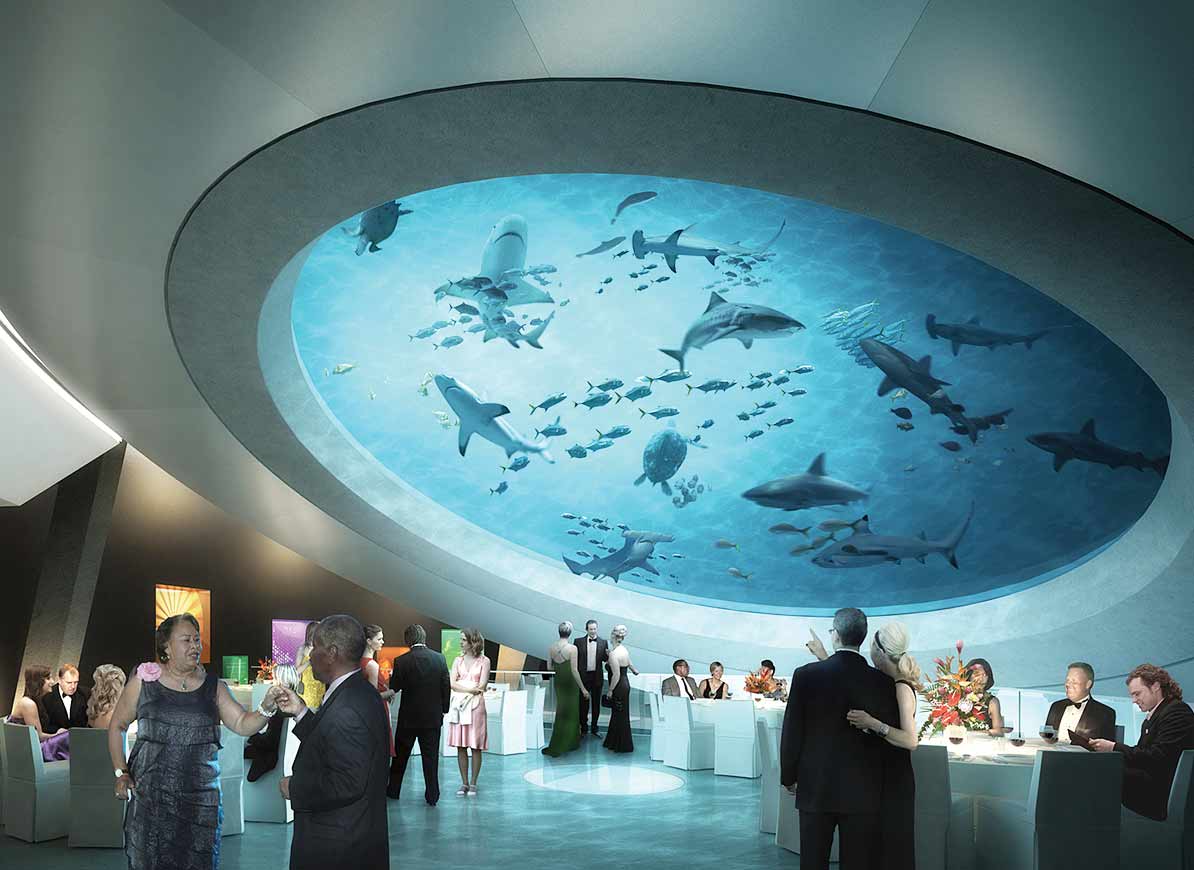 Having flown past two major milestones and with more than half of needed funding in its coffers – not including two major gifts that are to be announced shortly – the $275 million Patricia and Phillip Frost Museum of Science is steaming toward an on-time summer 2016 opening.

The shell of the giant dome, probably the museum’s most striking feature, is now in place, said Gillian Thomas, president and CEO. That marks the completion of exterior construction, she added; all that remains now is interior build-outs and construction of exhibits.

The skin of the self-supporting dome is welded together and supported by a series of precast concrete arches, she said. The design allows for images to be projected on giant screens that can be seen from a great distance.

“It’s pretty nearly complete,” Ms. Thomas said. “The railing for the balconies have to go on, and then we have the inside fit-out to do.”

In December, crews worked more than 24 hours nonstop to pour 120 truckloads of concrete onto a form to create the cone-shaped Gulf Stream tank aquarium, an open-air tank that will hold 500,000 gallons of water. It is, according to the museum’s website, “one of the most complex projects currently being undertaken in the United States.”

At the bottom of the tank, a 30-foot circular window hovers over event space, allowing patrons to gaze up at sharks and other sea life. The tank is the core of the 250,000-square-foot museum complex, sometimes referred to as MiaSci, which will also feature a planetarium, multiple exhibits, and indoor and landscaped outdoor event and exhibit space. The building will be powered by sun, wind and water in addition to conventional resources, and has been designed for sustainability, according to its website.

“Everything is going along well and we’re pleased to have hit these two important milestones with the structure,” Ms. Thomas said last week. Exterior construction was set to be completed this year, so that goal has been reached.

The museum has also raised $89 million of its $125 million funding target, with more contributions anticipated. “We’re about to announce two quite substantial donations,” one of them as early as this week, Ms. Thomas said. She declined to reveal details, but said the new gifts are not included in the $89 million.

Though it is still more than a year away, Ms. Thomas said she is looking forward to being able to announce the museum’s official opening date.

“Then,” she said, “I’ll be able to start counting the days.”