Advertisement
The Newspaper for the Future of Miami
Connect with us:
Front Page » Government » Major League soccer in Miami in play 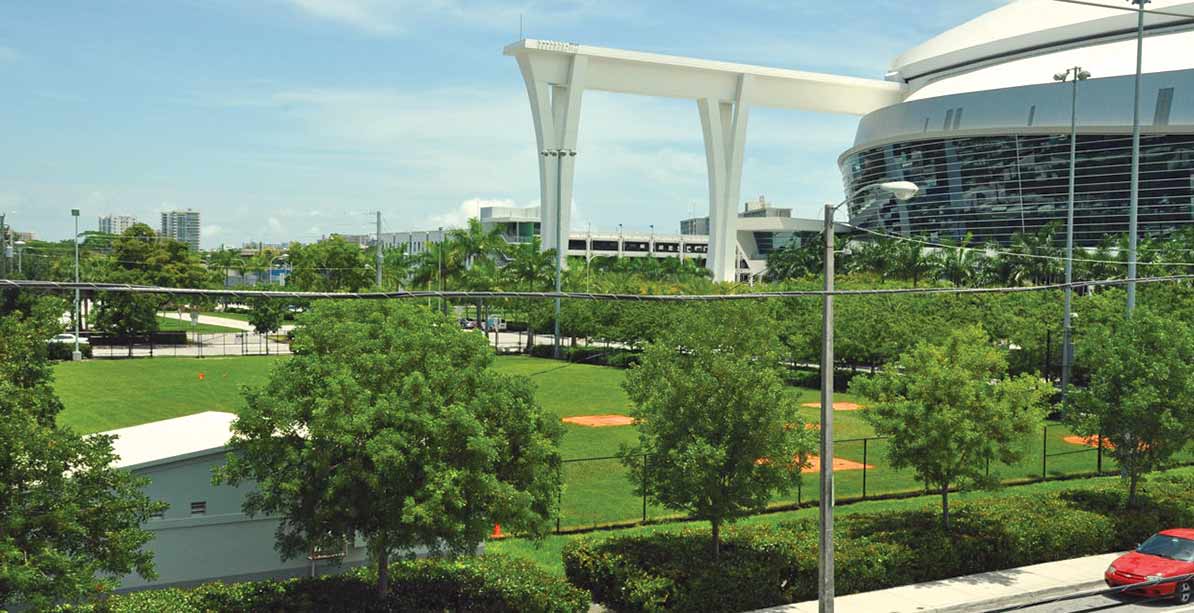 About a year after the Miami-Dade County Commission decided a Major League Soccer stadium is not to open at PortMiami, a county commissioner is now nudging discussions toward a different site.

Miami Beckham United, a group led by British former professional soccer player David Beckham, wants to open a Major League Soccer franchise in Greater Miami. Among other sites, the organization was considering PortMiami, which is county owned. But the county commission eliminated that as an option after mounting opposition from an alliance led by Royal Caribbean Cruises, which has its headquarters at the port.

Now, County Commissioner Bruno Barreiro has brought up another possible site, this one landlocked and adjacent to the existing Marlins Park.

The site is the location of the former Orange Bowl Stadium.

At the time, representatives for Miami Beckham United didn’t express much enthusiasm for the location, and a representative called it “spiritually tainted,” in reference to the deal struck to build Marlins Park that ultimately left taxpayers to foot a chunk of the bill.

But this time, Miami Beckham United offered what appears to be a milder response to the proposal.

“Miami Beckham United appreciates the support put forth by Commissioner Barreiro and his fellow commissioners.… While the prospect of building a stadium near the site of the former Orange Bowl is of interest, a number of viable options are on the table. In the end, our goal is to identify a stadium site that meets the needs of our fans, our club and the league,” read a statement released by a Miami Beckham United spokesman.

David Beckham told the BBC this week that an announcement on the project will come within “the next couple of months” and conceded that the delays have been “frustrating.”

Mr. Barreiro’s resolution directs the county administration to “negotiate and finalize the terms of agreements” for the development of an MLS soccer stadium at the former site of the Orange Bowl Stadium.

A Miami-Dade County Commission committee, the Economic Prosperity Committee, is to vote on the legislation today (2/12). The vote is considered preliminary and is more of a recommendation to the full county commission, which has final say.

According to the proposed legislation, the agreements are to spell out that the county won’t be on the hook to fund stadium construction costs and that the developer is responsible for funding the facility.

Yet a proposed piece of legislation also sponsored by Commissioner Barreiro lays the groundwork for a future Community Redevelopment Agency (CRA) district to be formed in the same area where Marlins Park and the proposed site for a future MLS soccer stadium are located. The resolution, also on today’s commission committee agenda, calls for the county to select a consultant who’s to prepare a finding of necessity study, a step forward in creating a CRA.

It goes so far as to say that the consultant should look into whether the CRA could fund land acquisition for the construction of a dual-purpose stadium that’s to accommodate MLS soccer and University of Miami football. It would also look at using the CRA funds to extend the Metromover transit system to the stadium site.

Generally, governments would designate an area as a CRA as a way to redevelop areas determined to be ‘slum or blighted.’

The CRA that Mr. Barreiro’s legislation might create would be aptly named the ‘Orange Sports Complex Community Redevelopment Agency.’

If the CRA is created, it would sunset once the sports stadium for UM football and MLS soccer was fully funded.

Mr. Barreiro’s resolutions are the latest MLS soccer stadium items to be brought up on the Miami-Dade County Commission dais in recent weeks. Just last week, the full commission approved a resolution that called for a stadium at Florida International University to serve as a temporary MLS stadium until a permanent location is secured. Commissioner Juan Zapata sponsored that item.