Advertisement
The Newspaper for the Future of Miami
Connect with us:
Front Page » Top Stories » No sweat to fill 30,000 condos 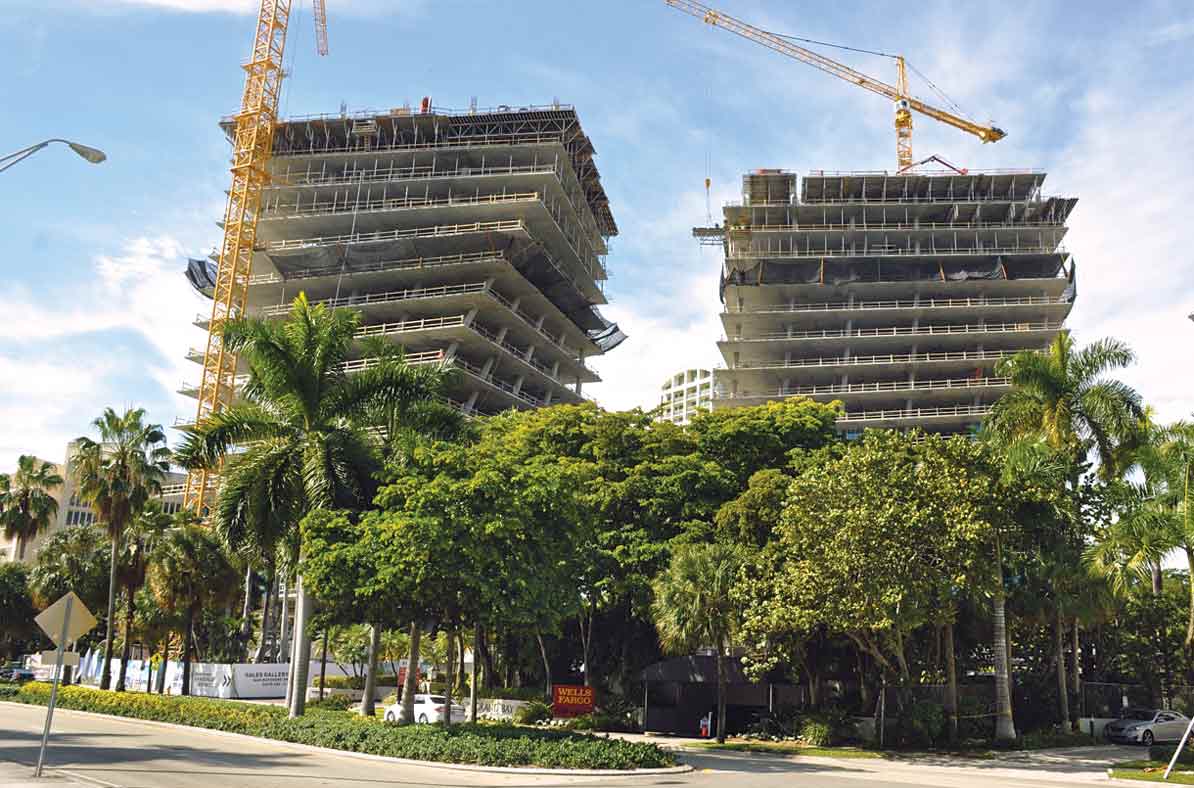 When some 30,000 new condos are built in a county within two years, it begs the question if there are enough people to buy them. But residential agents and industry watchers say they have confidence the supply will eventually be absorbed.

Build and they will come, said Leon Bell, vice president for One Sotheby’s International Realty. For years, he said, he watched new condo buildings go up and worried there wouldn’t be enough people to buy them but “was wrong every time.”

Miami is not just selling real estate but also a “top-of-the-line lifestyle,” Mr. Bell said. “The immigration rate is high and we live in a shifting era where a lot of people are coming here from the northern part of the US and other countries. The prices are lower here with living conditions better than anywhere else.”

Each market generates its own clientele, Mr. Bell said. He points to the downtown area, in particular, which offers inexpensive luxury residences along with cultural offerings that one couldn’t find in a comparable city such as New York.

If there’s a shortage of prospective buyers, investment firms will probably purchase some of the condos and turn them into rentals, said Javier Gonzalez, broker with Re/Max Advance Realty. He anticipates buyers coming from petrol countries in trouble but, with the pound, euro and ruble dropping, said a number of people who already own condos might want to sell their properties because they need the money.

A large number of people continue to move to Miami, said Cecilia Samaja, broker/agent for One Sotheby’s International Realty. “All my colleagues remark on how many Venezuelans and Brazilians are spending their money here at a rapid pace,” she said. “For the past five or six months, the market has been crazy and contracts are coming in at a rapid pace.”

However, Ms. Samaja said, no one can be sure whether all the condos coming online at once will sell quickly and well. “The real estate market is affected by whatever happens in the world,” she said, adding there are any number of events we can’t predict such as war, impact of severe weather disturbances or economic catastrophes.

In Coral Gables, where she lives, Ms. Samaja said there won’t be any problems because there’s very little new inventory in the residential market.

“Everything depends on location,” she said. “You may see some problems where there’s a lot of new product coming, like in Miami Beach, Brickell, downtown and Sunny Isles – the areas that are all being flooded at the same time.”

With so many choices, Ms. Samaja said, some of the new condos in those areas might be vacant for five or six months.

About 800 people move to Florida every day and Miami-Dade gets a fourth of that migration, said Ron Shuffield, president and CEO of EWM Realty International. If one takes 200 and multiplies it by 365, that’s 73,000 people arriving in the county annually.

“We’re definitely growing people,” he said. “We may, however, need a few months to catch up with the delivery of the new inventory.”

In his business, Mr. Shuffield said, he’s constantly looking at inventory in terms of the months of supply. A healthy market is six to nine months of inventory, he said.

“When inventory is up, residences will sell but it will take a little longer,” Mr. Shuffield said.

Brickell, for example, has higher numbers for months of supply so Mr. Shuffield is watching that carefully. He said ZIP codes 33129, 33130 and 33131 have 1,632 apartments, condos and townhouses on the market right now.

Mr. Shuffield predicted “values will level off until we catch up with the delivery of new units.”