Advertisement
The Newspaper for the Future of Miami
Connect with us:
Front Page » Top Stories » Vast project’s job creation debated 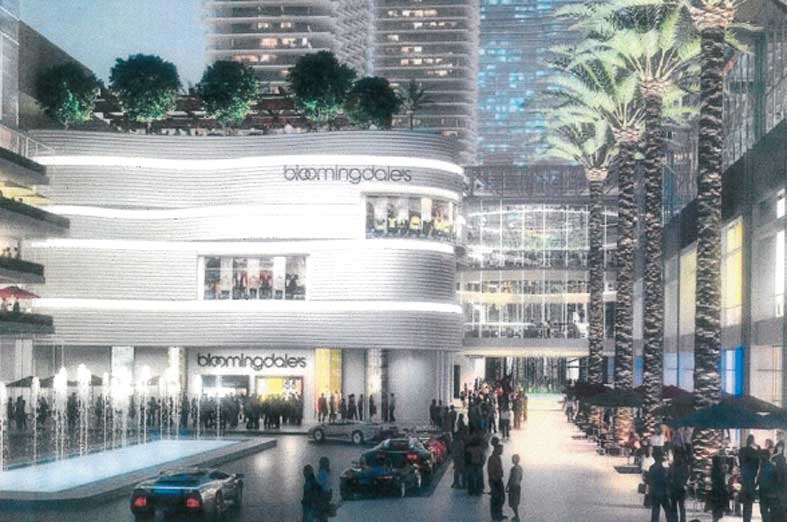 The Miami Worldcenter project, set to begin this year, is the beneficiary of tax breaks forecast to be as high as $6.889 million per year through 2030. Detractors say the multi-use facility would have built anyway, without public funds. Advocates argue that it will transform Park West, a blighted area, and create local jobs for residents. But can the developers be held to their job creation promises?

“The incentive package assures local hiring and an increase in wages for residents in the historic Overtown area and residents living in high poverty zip codes throughout the city,” says a Jan. 5 release by the Southeast/Overtown Park West Community Redevelopment Agency (CRA). “The agreement, which was negotiated by board chair Commissioner Keon Hardemon, guarantees a direct pipeline to thousands of jobs and opportunities for small businesses that will be made available through the Miami Worldcenter mixed use project; imposing strict financial penalties for non-compliance if developers don’t make good on those commitments.”

The CRA document says that unskilled construction workers will earn $12.83 and electrical journeymen $30.11 per hour, and that residents who have committed minor crimes will not be disqualified solely because of their records. The developers have promised to hire neighborhood residents for 30% of unskilled and 10% of skilled jobs. If no qualified residents can be found, they next must hire from low-income ZIP codes, then Miami-Dade County at large.

“This could create 30,000 construction jobs and 13,000 permanent jobs,” said Stephen Beatus, Beacon Council executive vice president for economic development, at a Dec. 29 CRA meeting. “It’s a landmark project.” The permanent jobs would come from the retail, restaurant and hotel components of the mega-project.

“This is driven by special-interest groups,” said Carlos Carillo, Associated Builders and Contractors regional vice president for Miami-Dade County. “These workers will be the first to be let go. It’s ridiculous.”

The emphasis should be on training, to ensure that qualified workers are available when the project begins, he said. “Then you could get folks to work.”

“There are a number of organizations helping the poor with job training,” said Frank Schnidman, professor of urban and regional planning at Florida Atlantic University and executive director of its Center for Urban and Environmental Solutions. “They have huge payrolls and overheads, but they have not had success. If they had, the people in the programs would all have jobs. Why is Worldcenter supposed to fix this?”

If the developers were sincere about giving permanent jobs to neighborhood residents, he added, they would have arranged with leaseholder anchor stores to begin training the workers now in other stores so that they would be ready when Worldcenter opens, he added.

And, if the developers do not meet their goals, “the penalties are insignificant” in comparison to the tax breaks, Dr. Schnidman said. “So there is no training and no enforcement.”

The CRA would better serve the community if it focused on its stated purpose, which is to fight slum and blight, as well as to provide affordable housing, rather than dabbling in job creation, he added. “The CRA, under Florida law, is not an economic development agency. If it continues giving away money, people will continue living in slums.”

The job creation question all rests on whether the developers will honor their agreements and whether CRA leadership will hold feet to the fire, said Samuel Gilmore, president of Overnight Success Inc.

“It’s a matter of good faith,” said Mr. Gilmore, who left a career as a pilot for Pan American World Airways to become one of Miami’s few African American general contractors. There is no practical way to force the developer to fulfill the quotas rather than pay the penalty, he said. “It really depends on the owners and the intent and fortitude that they give to the general contractors.”

General and sub-contractors are often directed to hire minorities and neighborhood residents for jobs, especially if public money or subsidies is involved. “Some abide by it religiously, and some won’t,” Mr. Gilmore said.

None of the Worldcenter documents say that African Americans must be hired, only that a certain percentage of workers must be minorities and that some skilled and unskilled labor must come from the redevelopment area, he said. “Overtown doesn’t have an exclusive.”

If the developer takes “a nod, nod, wink, wink,” approach to job creation, Mr. Gilmore said, “now it’s up to the Miami City Commission,” which sits as the CRA’s board of directors. “It comes down to the question of how much will power the commission has, versus the owner.”

Miami Worldcenter is a significant deal for Mr. Hardemon as CRA chair, and Mr. Gilmore said he believes the commissioner will use all of the power available to him to make sure developers do what they have pledged.

“It’s a reason I am somewhat confident,” he said. “We will see how forceful Keon Hardemon is going to be if those jobs aren’t popping out in the foundation stage.”