Advertisement
The Newspaper for the Future of Miami
Connect with us:
Front Page » Real Estate » Strong housing prices might dip 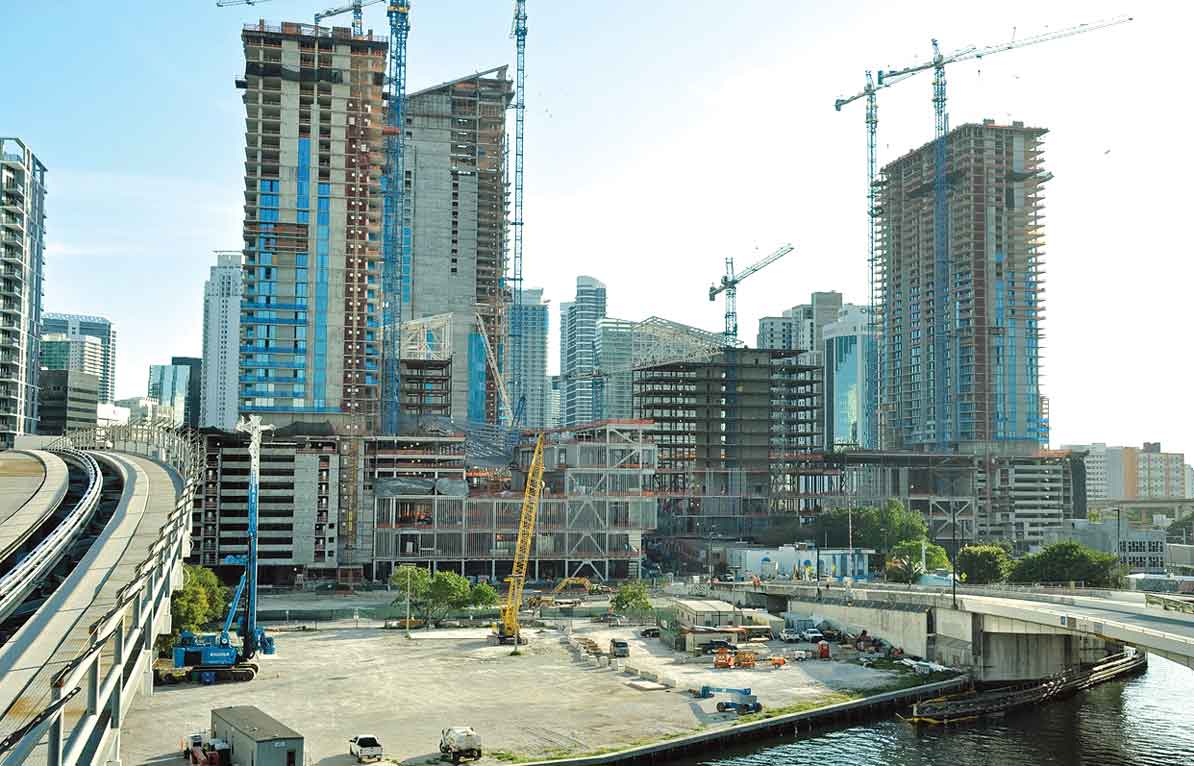 Those who are immersed in residential real estate every day believe the market will stay strong in 2015, with leveling off on the appreciation we’ve seen for the past few years and a possible drop in prices if the inventory goes beyond what is considered healthy.

Looking toward the next 12 months in the residential market, buyers will still flock to Miami, according to Adam G. Kutner, broker and co-owner of Grove Town Properties. As Miami continues to grow, he said, so will demand for housing.

“Almost every condo tower that is planned tends to sell more than 70% of its units within the first six months of launch and sell out prior to completion,” Mr. Kutner said. “We live in one of the hottest markets in the world with beautiful beaches and amazing weather nine months out of the year. Demand will always be hot in Miami.”

Victor Ballestas, principal of Integra Investments, agrees that residential demand is still strong from the international market and areas of the US, particularly in New England.

For the majority of 2015, he said it will be “business as usual” but he believes the future of the market’s outlook going forward depends in large part on how many of the residential projects planned actually get out of the ground.

“There aren’t a lot of projects due in the next 12 months but we’ll start seeing more in 2016 and then a more normalized absorption rate,” Mr. Ballestas said. “Because of all the planned projects, demand is being dispersed.”

Moreover, Mr. Ballestas says he believes there will be a leveling off in appreciation of property that we’ve seen in the past three years.

Miami Beach will remain strong as will well-positioned projects that are priced right and unique, he said. He said banks are coming back to more normal lending practices, which will bring back the local buyer.

The number one metric in the residential real estate business is the number of months’ supply on the market at a given point, said Ron Shuffield, president and CEO of EWM Realtors. “Between six and nine months is a fair market.”

If supply is below six months, he said, prices go up; if supply moves beyond six to nine months, prices will stagnate.

Looking forward, Mr. Shuffield said, we’ll probably see inventory move above the nine-month range for condos and, thus, the market will temper back.

Ron Krongold, owner of Midtown Miami Residences, described his outlook for 2015 as cautious. “I would not run out and develop in Miami-Dade now,” he said. “We should have a six-month inventory of [condo] projects but, with all the new supply, we’re almost at a nine-month inventory.”

Therefore, Mr. Krongold said, it will be much more difficult for developers to sell the units and the prices will have to come down.

“Sales will slow down and there will be a substantial correction,” he said. Yet he thinks the oversupply will eventually be absorbed and demand will be constant by the middle of 2016.

Miami is such a multicultural city, Mr. Kutner said, that it’s hard to say exactly who or what nationality is going to play the strongest role in purchasing real estate.

“For the past few years, it has been the Russian, Brazilian and Chinese buyers that we all keep hearing about,” Mr. Kutner said. “As the dollar regains its strength against world economies, we will see another wave of buyers come from a country that they feel will need to protect their capital.”

He points to Coconut Grove, as an example, where all the condo buildings going up on Bayshore Drive are close to 80% sold out. “The new buyers of these units are out of NYC, Wall Street and Hedge fund owners who are flocking down to South Florida to take advantage of both the weather and booming areas such as the Grove, Midtown and the Design District.”

Single-family home and condo prices are back to all time highs, Mr. Kutner said, and will most likely stay at these levels for the next few years. He said interest rates are still low, assuming the Fed will raise rates slowly but steadily, which will help stabilize the market.

With Miami being an international city, Mr. Kutner said, there will always be a huge range of buyers will be looking for property in Miami-Dade.

“I am a Miami native,” he said. “I have seen friends leave Miami for years only now to start returning to their home town.”