Advertisement
The Newspaper for the Future of Miami
Connect with us:
Front Page » Profile » Profile: Cathy Swanson-Rivenbark 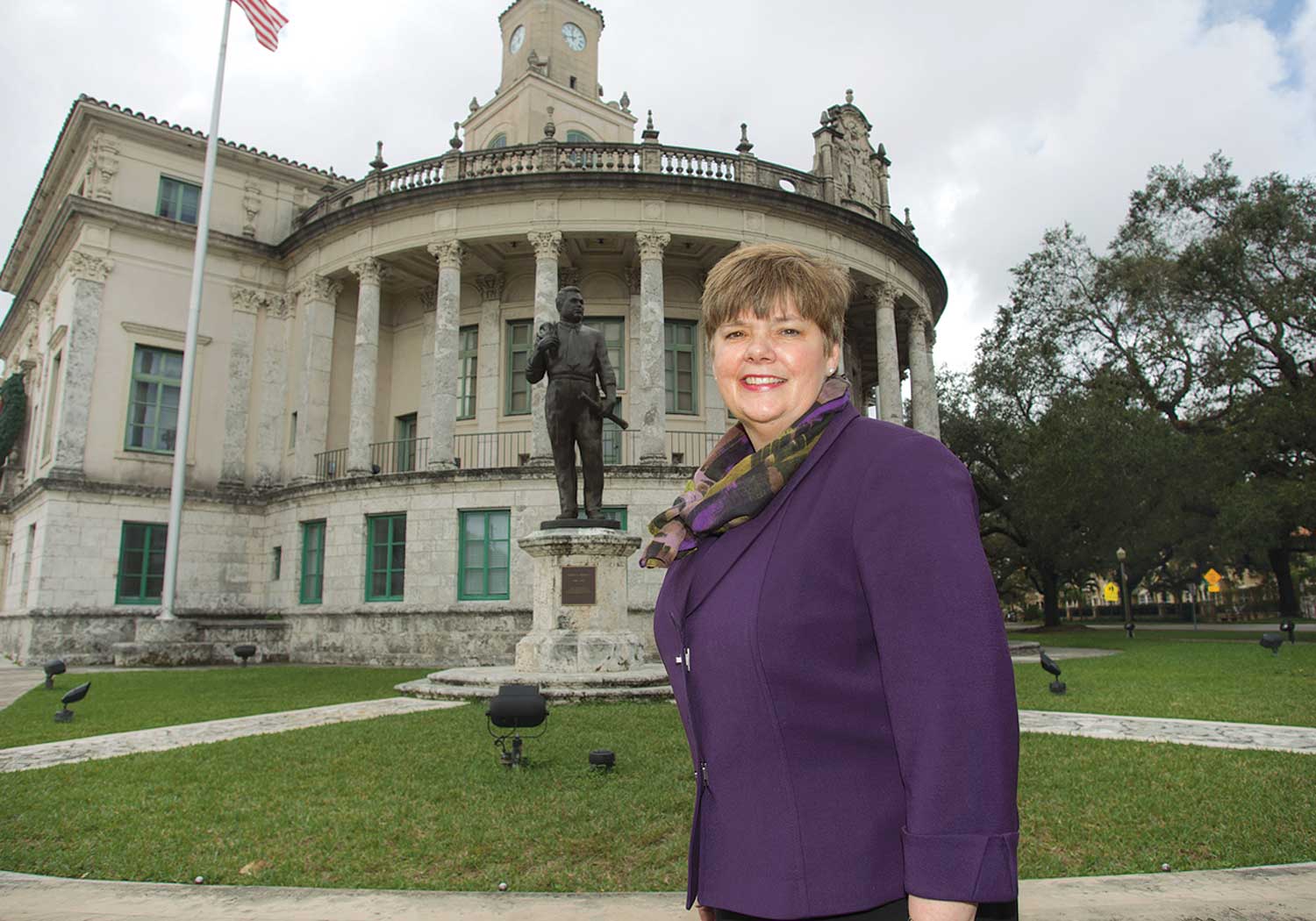 When the Coral Gables City Commission named Cathy Swanson-Rivenbark city manager in November, those packed into the chambers jumped to their feet for a standing ovation after saying in numerous ways that she was the perfect fit.

With her 20 years as the city’s development director and her love for the community, as evidenced by remaining a resident despite a long commute to her job in the city manager’s office for almost six years in Hollywood, several people said there was no reason to consider any other candidate.

About a month ago, Ms. Swanson-Rivenbark hit the ground running, familiarizing herself with the myriad of issues facing the city and planning work with the staff to gain institutional knowledge and thoroughly learn the qualities that make Coral Gables a special community.

Having lived in Coral Gables for several decades, Ms. Swanson-Rivenbark knows the city well. She believes the City Beautiful is a unique and desirable location but said a lot of developments around it could dilute its full potential.

However, Ms. Swanson-Rivenbark said Coral Gables wants the right kind of growth that will reinforce its brand image and meet the needs of its community.

Now that her commute has been cut from two hours to minutes, Ms. Swanson-Rivenbark is excited to have more free time for relaxation. She and her husband are enjoying the city’s architecture, cultural offerings and dining. Ms. Swanson-Rivenbark has relatives in four states, and her daughter is now a college sophomore at Harvard, so she appreciates the wonderful weather and setting in Coral Gables for family reunions.