Advertisement
The Newspaper for the Future of Miami
Connect with us:
Front Page » Top Stories » Visitor growth spurs hotels development 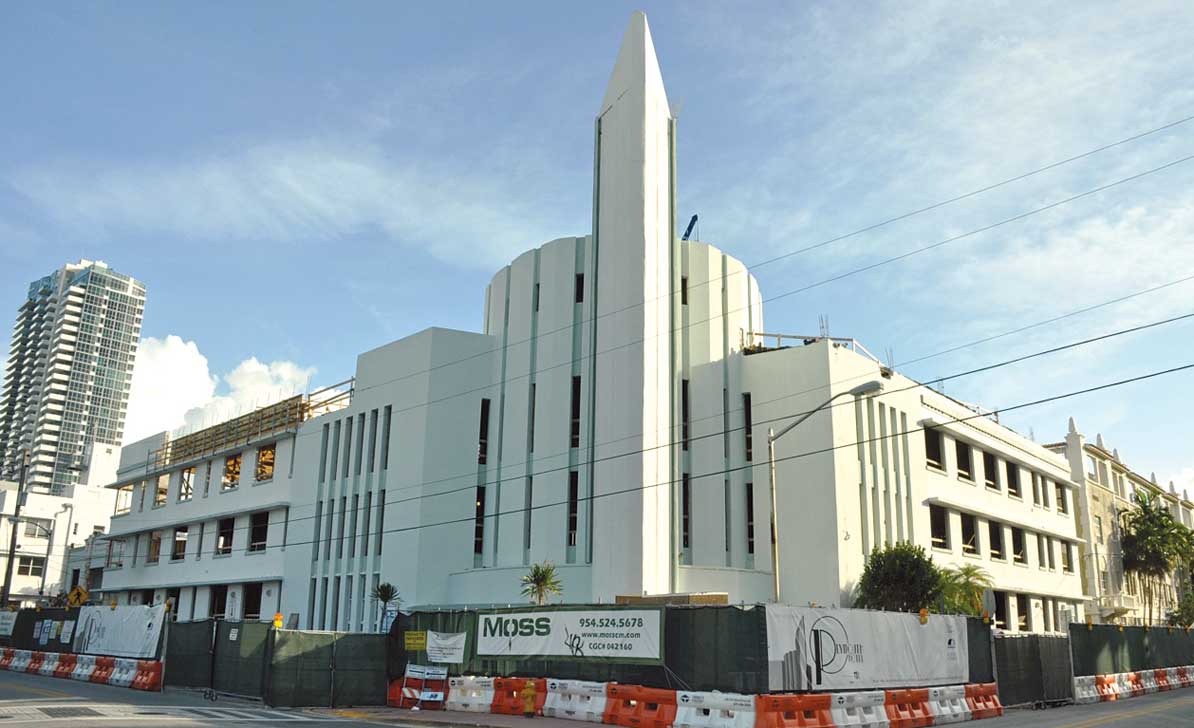 Industry experts agree there’s intense hotel development in different pockets of Miami-Dade to fill what they say is an ever-growing demand for additional rooms.

The occupancy rate here is one of the highest in the nation, said Susan Amaducci-Adams, an attorney with Bilzin Sumberg and head of its hospitality group. She said the three economic measurements are occupancy, average daily rate and revenue per room, for which Miami has often ranked first in the US for several months.

According to data compiled by the Greater Miami Convention & Visitors Bureau, 19 hotels opened in 2014 for a combined 2,651 rooms. The majority were in Miami Beach and South Beach, including Nautilus, the Thompson and The Edition.

“There are a lot of new brands to the market,” Ms. Amaducci-Adams said. In particular, she said, the Thompson and Edition made a push to open in time for Art Basel.

A number of major hotel projects have been talked about but have not broken ground  to date, said Scott Brush, president of Brush & Co., lodging industry consultants.  Those include Flagstone Island Gardens’ project on the western part of Watson Island (792 rooms), the Genting Group’s One Herald Plaza (more than 500 rooms) and the Miami Beach Convention Center (800 rooms).

With countywide occupancy at a very respectable plus-78% through November 2014, the market seems able to handle additional rooms, said Mr. Brush. He referenced the Smith Travel Research Market Pipeline report for Miami-Dade County that lists 17 properties in construction, another 15 in final planning and another 24 in planning stages.

He said Miami’s location as a major transportation hub with a growing number of passengers at the airport and the world’s largest cruise port are major generators of demand.

“The convention center is also a major demand generator, especially for Miami Beach, and it will not have the same level of impact while the renovation/ expansion work is underway but should have even greater impact when the work is finished.”

Other projects being talked about could also have a positive impact, Mr. Brush said, such as a theme park near ZooMiami, while others already in process will also promote demand for accommodations, including the new All Aboard Florida rail line and the large number of office, residential, dining/ entertainment projects in the Brickell area, Wynwood, Midtown Miami, Doral and other markets around the county.

Brickell and downtown are exploding with ultra-high-rise, mixed-used components including hotels, said Steven Zelkowitz, managing partner of GrayRobinson who formed its hospitality industry practice group. He said the owners of many such properties are maximizing their development rights.

Prices are through the roof, Mr. Zelkowitz said, pointing to “the entry of the Chinese into Brickell” with CCCC International USA LLC, a subsidiary of Beijing’s China City Construction, and American Da Tang Group buying The Capital, a vacant site, for $74.7 million. The 2.78-acre site, sold by the Cababie family, was to consist of two towers with residential, office, retail and a hotel although the new owners have not yet announced their precise plans for the parcel.

Mr. Zelkowitz said Miami hotels are not all “glitzy, glamorous and brand new.” He said a lot of re-development and re-invention activity for Art Deco structures from the 1950s is suitable to the more “cost-conscious tourists.”

Miami Beach is incredibly popular but there’s also active hotel development in Doral and the Dolphin Mall area, said Ms. Amaducci-Adams. Some are under construction right now, she said, such as the Hilton, right across from the Dolphin Mall.

“Doral is not the epicenter of Miami, but there’s a lot of business there and travelers coming to that area.”