Advertisement
The Newspaper for the Future of Miami
Connect with us:
Front Page » Real Estate » Developers pour money into riverfront 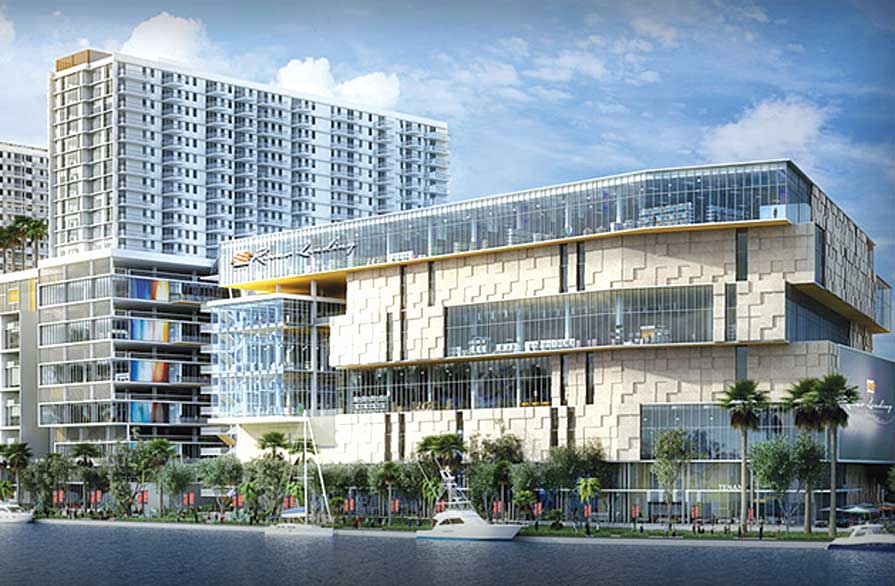 From One Brickell to River Landing, developers intend to sink millions into new construction along the Miami River.

The strong interest in riverfront property for a wide variety of uses – from traditional marinas to small shipping businesses to waterfront restaurants – is no surprise to Horacio Stuart Aguirre, chairman of the Miami River Commission.

The land along the river is developing in a pattern envisioned by city planners. The eastern end of the river, as it opens into Biscayne Bay, is attracting residential towers, which fit in well with the growing urban landscape of the downtown area. Many of these developments also feature commercial uses from hotels to stores to restaurants.

Other marine-related businesses include smaller shipping terminals clustered toward the central and western length of the river.

Mr. Aguirre sees the recent improvement in relations between the US and Cuba as a boon for these smaller shipping businesses.

He said they primarily handle the loose cargo or smaller product shipments not carried in the large containers used to export and import from PortMiami.

The river shippers currently ship to Haiti and other southern venues, but the anticipated new ties to Cuba could mean more business and more activity on the Miami River, Mr. Aguirre said.

“Marine businesses operating along the Port of Miami River continue to expand in numbers and operations that include international shipping terminals that provide vital international trade to our neighbors in the Caribbean, recreational boatyards, marinas, commercial fishing, tugboat basins and more,” said Mr. Aguirre.

While several mixed-use projects are in various states of planning, design and review, one developer hopes to be first out of the gate in 2015 with new construction on the river.

Pre-construction site work on the $300 million River Landing Shops and Residences is set to start in February and foundation work in April, according to an announcement this week by River Landing Development LLC.

Completion of the retail component is anticipated for summer 2017 and the residential units in spring 2018. River Landing is at 1480 NW North River Drive near the city’s Health District. It will rise on the site of former Mahi Shrine Auditorium, demolished in 2014.

The 8.14-acre development is to consist of 426,000 square feet of retail and restaurant space, 475 market-rate apartments in two towers, more than 2,200 parking spaces and a riverfront park.

“River Landing will be a catalyst for urban renewal for the Health District,” said Andrew Hellinger, manager of River Landing Development.

“It will help fill the district’s gap and demand for shops, restaurants and market-rate apartments … Our intent is to provide employees, residents and tourists a desirable place to live and visit and a new place to shop and dine. River Landing will revive and connect this portion of the Miami River to the downtown Miami River District, which is under transformation now,” Mr. Hellinger said.

Miami-Dade County is expected to play a key role in River Landing. The developer, through an affiliated nonprofit foundation, River Landing Conservation Foundation, is asking the county to contribute to the foundation an abutting parcel. In return, the foundation would build and maintain a plaza, green space, walking paths and an extension of the lineal park along the river for an estimated cost of $4 million.

If the county approves this request, the riverwalk at River Landing would increase to 1,500 lineal feet. The county parcel today is an irregular shape partially under an elevated highway and is in need of a seawall and riverwalk to comply with the city’s greenway standards.

County commissioners are expected to consider the proposal at a subcommittee meeting this month and at a full commission meeting in February.

River Landing Development has applied to the county’s Economic Development Fund seeking public monies to assist with the cost of the project’s $38 million public infrastructure work, including new roads, pathways, parking, lighting, walkways, sewer system and other public utilities. That application might also be considered in February.

Another major mixed-use project is planned for the south side of the river, closer to the urban core and hugged by I-95.

CG Miami River LLC proposes four 60-story towers, office and retail uses and more than 1,600 residential units. The project won a positive nod in late 2014 from the river commission and awaits review by the city commission on a request for added density.

With a working title of Miami River, the development at the end of five phases is to include 1,678 residential units, 330 hotel rooms, retail and office space, a new seawall with 19 boat slips, and a public riverwalk the full length of the property, stretching from under the Second Avenue bridge on the east to the northwest corner of Jose Marti Park.

Near the mouth of the river, The Related Group plans to build One Brickell – three of the tallest residential towers in the city, along with hotel rooms, office space and restaurants – right next to the Brickell Avenue Bridge. The ambitious plan also calls for a new length of public riverwalk to connect to the historic Miami Circle park.

Waterfront dining on the river continues to be a draw as well, with the 2014 opening of Seasalt and Pepper and the continuing success of longtime establishments Garcia’s Seafood Grille & Fish Market and Casablanca Seafood Bar & Grill.

As 2014 closed out, a multi-leveled commercial building was approved to house two restaurants.

The pair of eateries is proposed by developers The Melo Group and considered Phase II of Flagler on the River.

The developer has a commitment with one tenant that plans to build-out the interior of the new structure after Melo constructs the exterior of the four-story building, according to Arturo Griego of Itec Design, principal architect of Phase II.

From Itec Design, the building’s look is a play on lobster crates of varying size, and renderings show open areas on the ground floor affording see-through views of the river for motorists and pedestrians on Northwest North River Drive.

The new commercial site would also have the required public riverwalk the length of the property.