Advertisement
The Newspaper for the Future of Miami
Connect with us:
Front Page » Top Stories » South Florida electric costs 17% cheaper 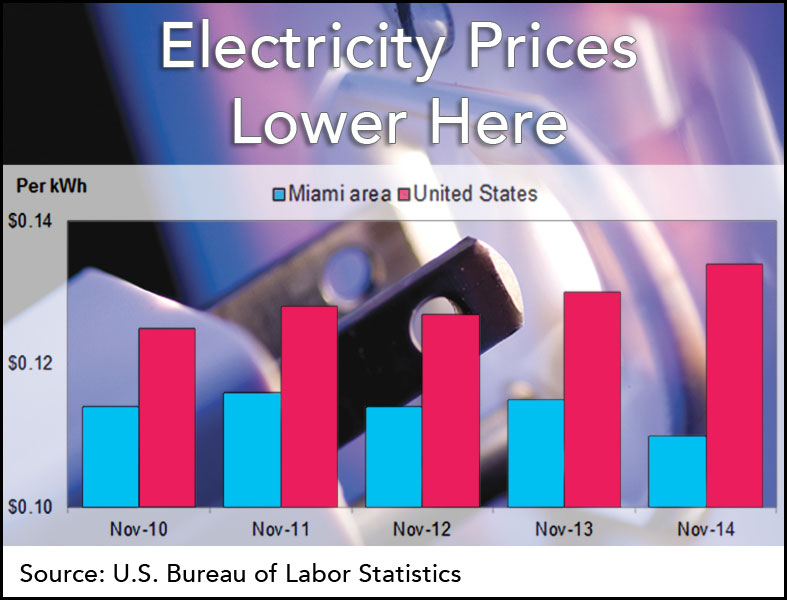 The Miami area, which consistently has paid far less than the national average for electricity, saw the gap widen even more in November.

For the nation as a whole, however, the average cost of a kilowatt hour of electricity rose from 13 cents to 13.4 cents, the US Bureau of Labor Statistics reported.

During the year, the monthly top that South Florida electricity users paid was 12.2 cents per kilowatt hour in April, May and June, while the national figure peaked at 14.3 cents in June, July and August.