Advertisement
The Newspaper for the Future of Miami
Connect with us:
Front Page » Real Estate » Gables digs deep into vast Mediterranean Village 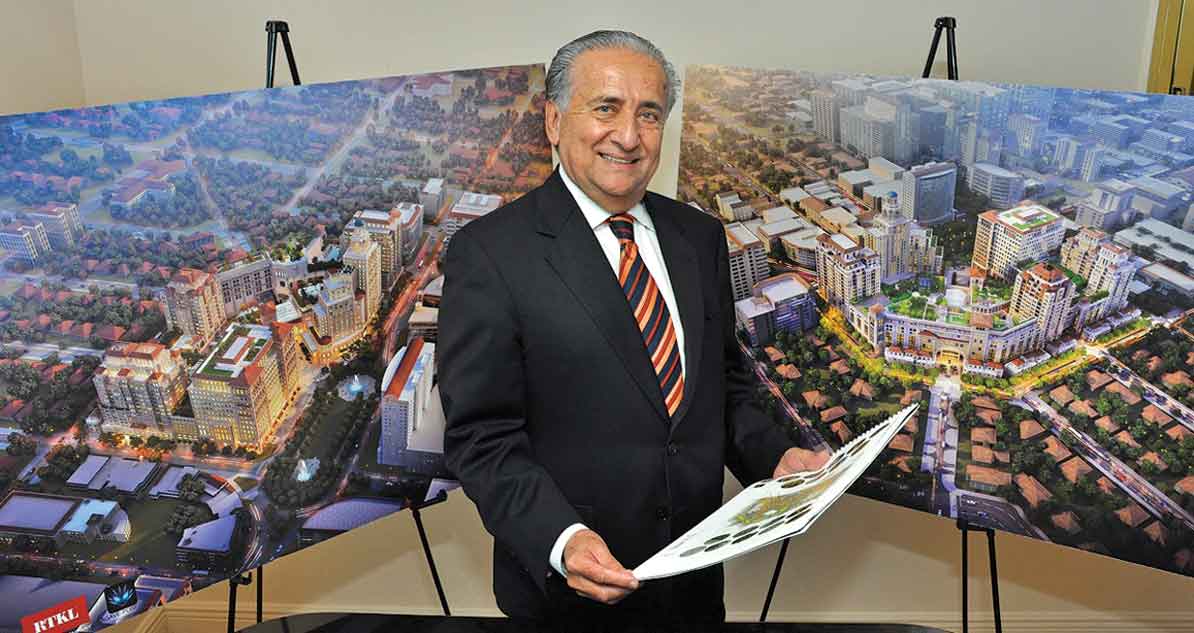 Agave Ponce LLC met a setback in scheduling last week when a Coral Gables board couldn’t decide whether to amend zoning for the proposed Mediterranean Village on the former Old Spanish Village site.

After discussion stretched far beyond allotted time , the Planning and Zoning Board voted 4-3 to continue the meeting to January. At that time, members said they’d like the developers to provide more details about the project that would include a traffic study as well as how construction would affect the surrounding residential neighborhood.

The board’s task was to decide whether to recommend legislative changes to the zoning code, allowing the project added height and density. The members’ decision would have been passed on to the City Commission, the next governing body that must review the proposed development.

Mediterranean Village at Ponce Circle, a mixed-use development spanning about 7 acres at an anticipated cost of $500 million, is to include a Class A office building with 314,000 square feet; a high-end hotel with 184 rooms; 324,000 square feet of commercial space that would include retail, a restaurant, day-care facility, gym and a high-end cinema with VIP seating and a cafe; and three residential towers with 214 condo units and 15 townhouses.

The developers are asking that the floor area of their proposed project be controlled by a planned area development plan (a type of community zoning that’s planned and developed within a city for the inclusion of both residential and non-residential buildings) rather than by a floor area ratio mathematical formula (a proportion generated by dividing the building area by the parcel area to come up with the amount of construction allowed).

The application also requests amendments to the city’s zoning code to create a form-based development code for the project area. The regulations and standards in form-based codes designate the appropriate form and scale (and, thus, character) of an urban development based on the as-built environment and surroundings and regulate other development details, such as the relationship between building façades and the form and mass of buildings in relation to each other and the scale and types of streets.

During the 3½-hour meeting Wednesday night, members of the Planning and Zoning Board asked city staff to spell out exactly what their decision would mean.

In response, Planning and Zoning Director Ramon Trias explained in detail, and several times, that the project will undergo additional scrutiny during future meetings, so the Planning and Zoning Board was only being asked to look at legislative changes to the zoning code. At the beginning of the meeting, Attorney Craig Leen said the board’s task was to recommend to the commission that it approve or disapprove changes to the zoning code.

At issue for board member Maria Menendez was her contention that the board was being asked to review legislation without examining the project in greater detail.

“It does not make sense to approve a form-based code and then look at the specifics of the project,” she said, adding that she didn’t think the traffic study was detailed enough.

If the board approved the form-based code, member Marshall Bellin asked, would it mean it approved the project? Both Mr. Trias and Mario Garcia-Serra, the attorney representing Agave Ponce LLC, explained the project can still be modified – or even stopped – during the many appearances to come before various boards.

“There are still some issues that need to be resolved,” Mr. Trias said at the start of the meeting. “This is a very significant project of three or four blocks and we will have many more meetings.”

He advised the board members they were not being asked to review the particulars of the project but just consider zoning issues. “There will be another public hearing about the site plan, so a good use of our time tonight is to look at legislative changes,” he said.

Several boards have reviewed the project over some months and it underwent two peer reviews, Mr. Trias said. As a result of input during the peer reviews, the developers made modifications.

“The Board of Architects had a meeting [with the developers] in November and approved the project with the understanding that it will come back for additional meetings,” he said. “Meetings have been added to the process for a greater depth of review. The city has gone out of its way to gather public input and there will be many more opportunities.”

Board member Jeff Flanagan said he needed more time to digest the issue.

Member Julio Grabiel said that as an architect he loves the form-based code because it provides flexibility and addresses spaces between buildings.

“This is a quality project and [the developers] have used the form-based code well,” Mr. Grabiel said. He did, however, cite as a problem the height above 190 feet requested for the hotel to accommodate a rooftop restaurant.

“We enter a slippery slope if it’s approved,” Mr. Grabiel said. “If approved for here, that might open the floodgates for another building.”

Mr. Leen pointed out the board could include a height limit. When asked if the developers would comply with such a restriction and eliminate the rooftop restaurant, Mr. Avila said they would.

At the end of the meeting, a board straw ballot favored permitting increased height on the hotel building for a rooftop restaurant.

Veteran real estate executive Stephen Bittel said he appreciates the thoughtful design but is worried about the impact on Miracle Mile.

“The proposed 325,000 square feet of retail space is almost the total amount on Miracle Mile,” Mr. Bittel said. “When this was first proposed, we were told it was luxury development that would have nothing to do with Miracle Mile.”

The scale and mass of the project has grown over time, Mr. Bittel said. “Having retail this far off the street will have a devastating effect on Miracle Mile. Why fix it [through the downtown streetscape project] while we damage it with this project?

Daniel Siberio of Coconut Grove Drive said living near a project canceled seven years ago has meant viewing an abandoned and unsightly property.

He said he supports Mediterranean Village at Ponce Circle but requested the city reconsider the impact of zoning insofar as how it will relate to the neighborhood’s single-family homes.

“Over the next three or four years, this [neighborhood] should be rezoned so we can redevelop our properties,” Mr. Siberio said. “I could build something that’s workspace and home.”

“The ideas are creative,” he said “and will eliminate the black eye of City Beautiful.”