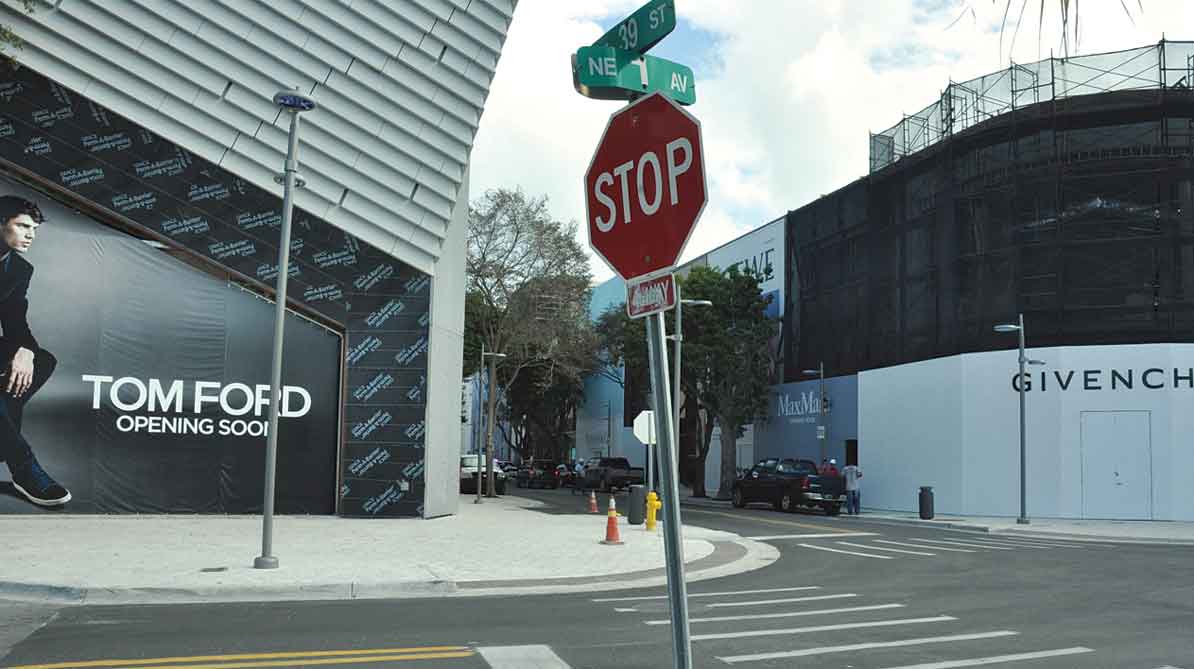 Miami’s retail vacancies, already at an all-time low this past summer, have dipped even more in the past few months.

Now, the numbers are even more positive.

According to CBRE’s retail market report for the third quarter, vacancy rates have decreased to 3.8%. Asking rates, the report states, climbed to $45.18 per square foot in the third quarter, which was $4.83 higher than the second quarter and $7.43 higher year over year. The analysts said the lowered vacancy rate in Miami is driving prices and rental rates higher, with tourism cited as the key driver of the retail sector’s growth.

Retail sales have increased in Miami, due in part to increased tourism and visitor spending as well as healthy levels of job creation, the third-quarter CBRE report states. Absorption totaled 450,914 square feet in the third quarter and 615,498 square feet year to date due mostly to IKEA’s occupancy in the Doral/Medley area. The home goods giant opened its first store in Miami-Dade County in August. The 417,000-square-foot store just west of Dolphin Mall is the second and largest IKEA store in Florida.

Brickell City Centre developers Swire Properties and Whitman Family Development announced in the third quarter that Saks Fifth Avenue will anchor the shopping complex, occupying 107,000 square feet on three floors. The store is to open in the fall of 2016.

National and international luxury retailers are showing a lot of interest in Miami, said Zach Winkler, senior associate at CBRE. Vacancy rates for luxury retail are even lower than the rest of the market, he said.

“There are only a few defined areas where these tenants are looking,” Mr. Winkler said in reference to the likes of Hermes, Chanel and Prada, among other boutique brands. “There’s very limited quality inventory, so this market does well.”

In the world of luxury retail, if space is available it does not remain so for long, said Mr. Winkler.

He pointed to the Design District, which was once known for furniture shops and is now being transformed into a luxury shopping destination.

“Some of the buildings have changed hands and the new owners are looking to bring in new market tenants,” Mr. Winkler said.

In the past four years, he said, Miami has seen record numbers for retail, driven in large part by tourism. “This is a world destination for tourists and we’re seeing the luxury retail market get better and better,” he said.

It will be interesting to see what happens in the next two weeks, Mr. Winkler said. With Art Basel on stage right now, a large number of people have descended on Miami. The show has become more fashion-oriented and Mr. Winkler said there’s always a possibility some of the visitors will be retailers.

“Art Basel is a good excuse, a good opportunity to come to Miami,” he said. Mr. Winkler facilitated a pop-up for Art Basel on 39th Street where Bentley Automobiles is open just for the duration of the festival.

It’s always possible a deal will involve a retailer coming to Miami.

At one time, South American and European high-end retailers interested in coming to the US looked at New York and Los Angeles first, Mr. Winkler said.

“Now, they’re looking at New York, Los Angeles and Miami,” he said. “So I see things getting better and better now that retailers are looking at Miami as a gateway city to enter the US market.”