Advertisement
The Newspaper for the Future of Miami
Connect with us:
Front Page » Top Stories » Funds handoff to Orange Bowl team? 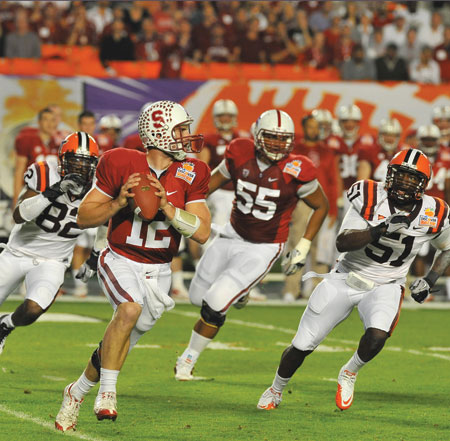 But a new selection process, the College Football Playoff, was instituted recently. In this format, the four best teams move on to two semifinal games, which are followed by a championship game.

During the years when the Orange Bowl Committee isn’t hosting a semifinal game, the committee can bid for the county to host the championship game.

To aid the Orange Bowl Committee in hosting semifinal games and annual Orange Bowl games and in gaining a competitive edge in its bids to host college championship games, a county government proposal has surfaced to award the committee county funding – both cash and funding in the form of in-kind services.

County Commissioner Barbara Jordan, whose district includes Sun Life Stadium, has sponsored the funding plan in a resolution that might come up for vote in front of a Miami-Dade commission committee.

Here are logistics of the $1.35 million funding plan:

•And in 2015, when Miami-Dade is to host a semifinal college football game, the county is to give the Orange Bowl Committee $350,000 from the general fund and up to $250,000 worth of game and event-related in-kind services from the county’s police and fire rescue departments.

The proposal was on a commission committee agenda Tuesday, but the meeting was canceled for lack of a quorum.